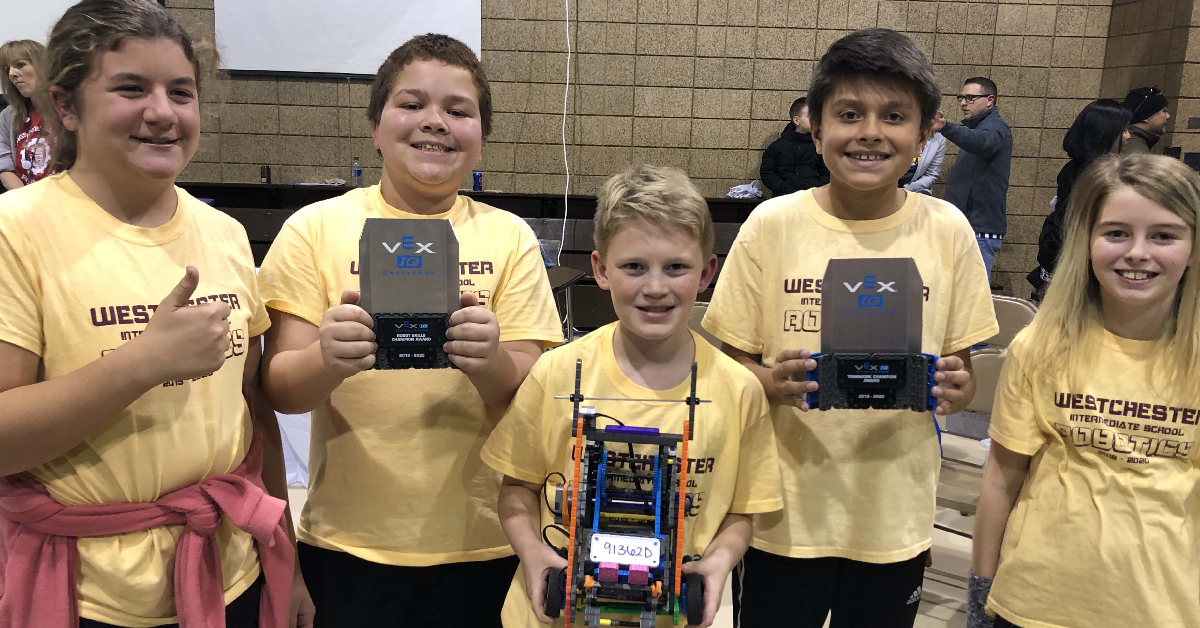 This past weekend four Westchester Robotics Club teams competed in a tournament at Kingsford Heights Elementary School. Two of the four teams qualified for the state competition in March. Each of the teams did well at the competition bringing home awards.

Team 91362F members Riley Rodriguez, Lily Linsemeyer, and Ava Bozak, Elizabeth Dodds and Macie Kania won the Excellence Award for the top overall team at the competition and has qualified for the state competition.

Team 91362G  members Addison Huffmaster, Paige Engels Alexis Meyer, Lauren Kroft and Lux Mountford won the Design Award. This award is presented to the team with the most effective and efficient robot design that has documented the process thoroughly in an engineering notebook.