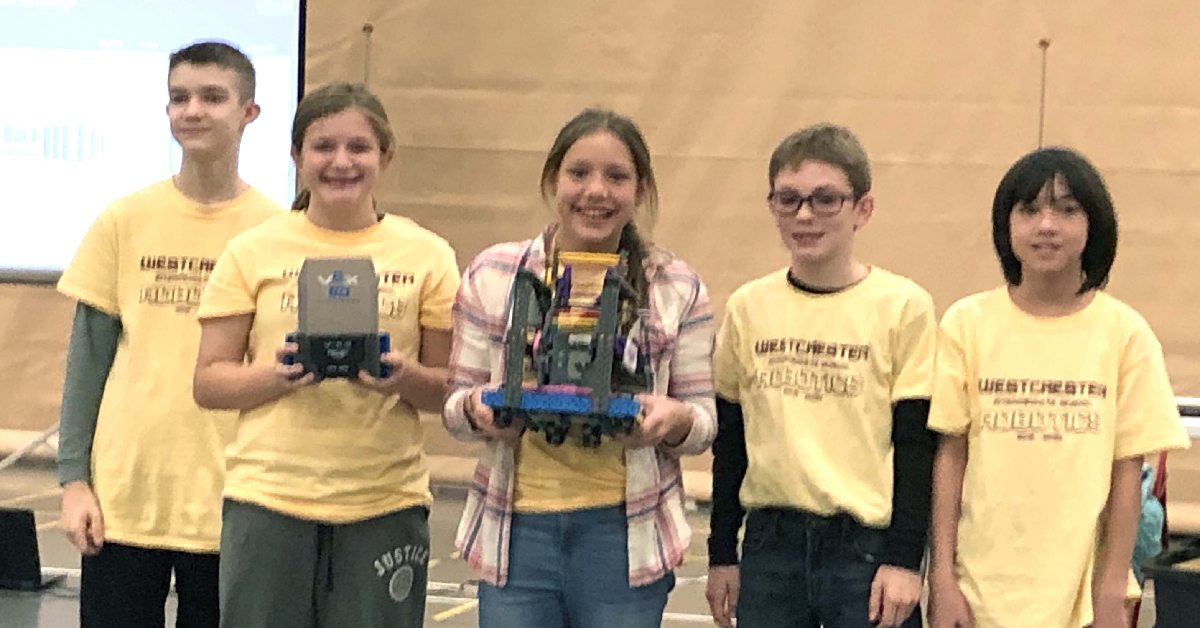 Three Westchester Intermediate School robotics teams placed in the finals at a robotics competition recently hosted in Crown Point. Team 91362 C won the Skills Award which is a combination of the highest driving and autonomous score.

Team 91362 A won the Excellence Award which also gives them a bid to the State competition. This award goes to the top overall team at a competition and considers things like robot design, engineering notebook, driving and coding skills, along with sportsmanship and a judge's interview.