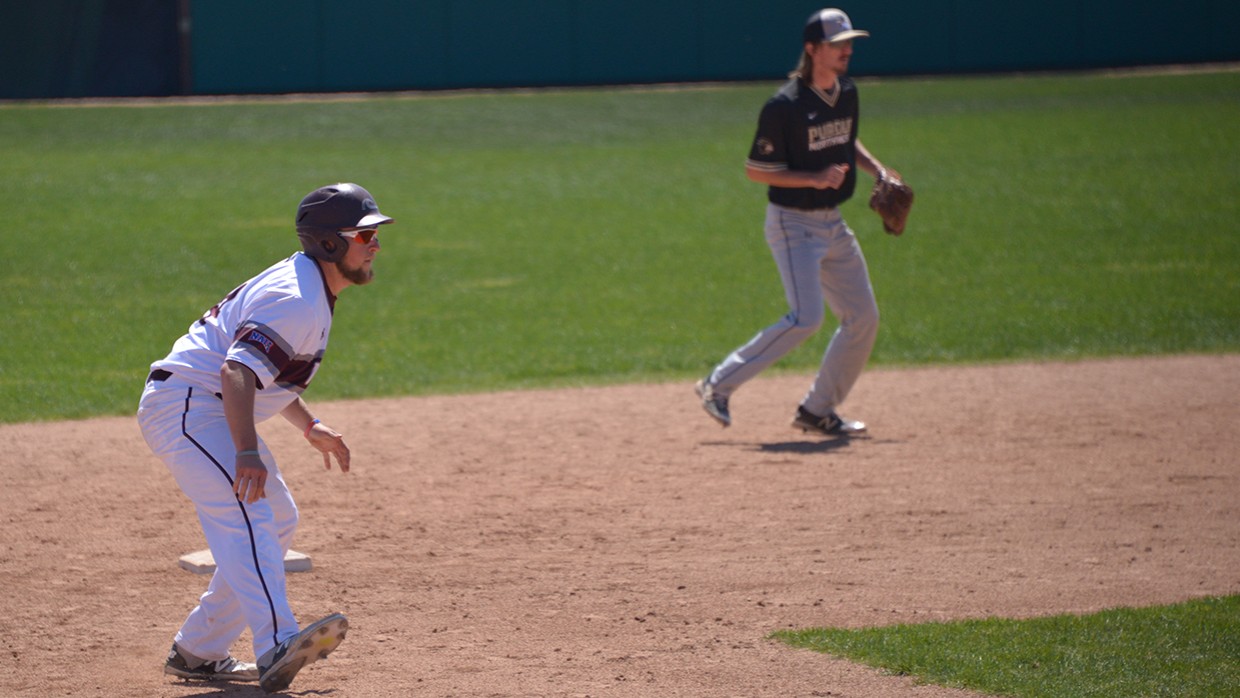 One day after snapping an extended losing streak, the Calumet College of St. Joseph baseball team were back at it again, playing two more against Trinity International. The games were supposed to be played in Deerfield, Ill., but were moved to Whiting due to field conditions. While the Crimson Wave had to play as the away team, the home field advantage helped, sending them to their first three game winning streak in almost exactly seven years.

HOW IT HAPPENED
CCSJ (9-29, 3-11 CCAC) kicked off the scoring in the top of the second inning of game one with a Tyler Johnson (SR/Chicago, Ill.) single that plated Enrique Rivero (FR/Miami, Fla.). Neither the Crimson Wave or TIU (0-26, 0-13 CCAC) would have a runner cross home plate for the next four innings, making it anyone's ballgame going down the stretch. Alex Verta (FR/Chicago, Ill.) gave the Wave some breathing room when he scored on a wild pitch in the top of the sixth, and Nick Verta would put the game out of reach with a two run shot in the top of the seventh. The Trojans would add one in their last at-bats, but starter Ryan Slavey shut them down before they could threaten any more. Slavey pitched a terrific ballgame, only allowing one unearned run and five hits, while striking out eight.

Cal College decided to triple their offensive output in game two, scoring 12 runs off three Trojans pitchers. The scoring started in their first trips to the plate, putting three runs on the board thanks to doubles by Rivero and Devin Bafia (SR/Valparaiso, Ind.), as well as an Alex Verta groundout that scored one. The scoring would subside for the next four innings again before the bats picked up again. Alex Verta singled in the fifth and the sixth, scoring runs in both innings, as the Wave would score at least one run in the final five innings. Cody Bucsko went eight innings, allowing just two earned runs. Daniel Iglesias (FR/Hialeah, Fla.) would then come in to close things down in the ninth with a 1-2-3 inning.

STAT OF THE GAME
This is the first three game winning streak since the Crimson and Gray swept the now defunct Holy Cross College baseball team in a three game series back in April 2011.

WAVE PLAYER OF THE GAME
Game one honors go to Ryan Slavey, who tossed a five hit gem for his third win of the season. Alex Verta's offense gave him the game two nod, collecting three hits and four RBI's.

WHO'S ON DECK?
The Wave will have the next five days off as they prepare for a three game series against Judson University. The first matchup will be played in Elgin on Friday afternoon, before the action moves back to Whiting for a doubleheader on Saturday.