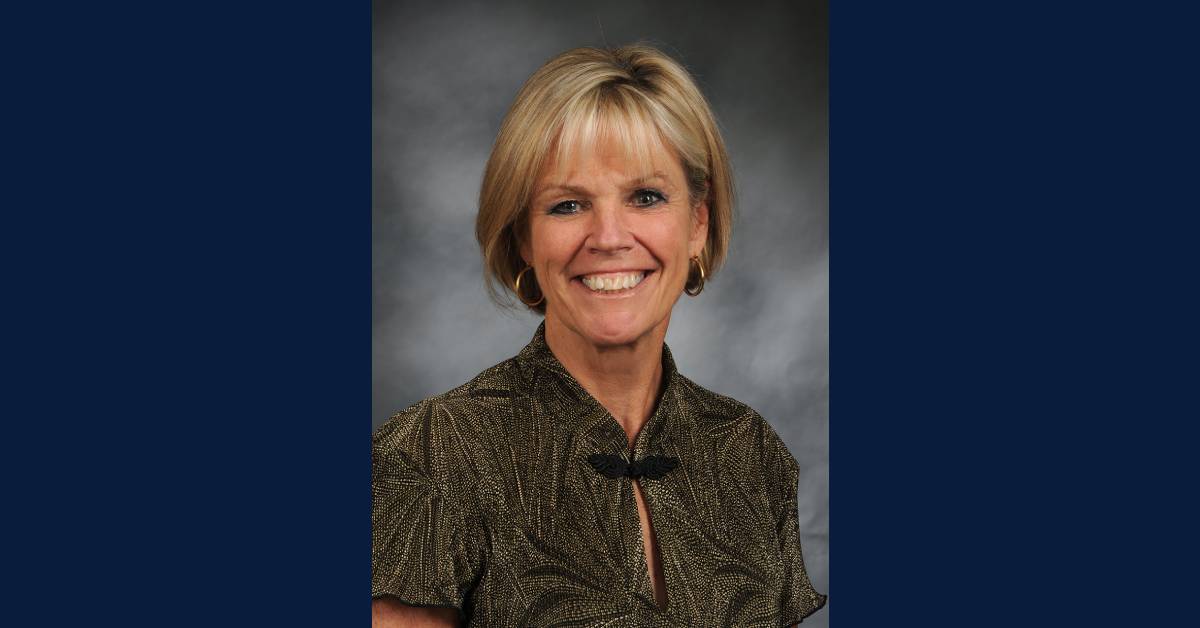 As a small girl growing up in Long Island, NY, Vicki Román-Lagunas, executive vice chancellor for academic affairs (EVCAA) at Indiana University Northwest (IUN) fell in love with Latin American culture. Her father, a baker who worked in New York City, loved dancing and would take Román-Lagunas to dances downtown. It was here that she first tasted the drama, passion, and beauty of Latin America.

“I got to see a whole different way to experience the world at those dances in New York City,” Román-Lagunas said.  “It was there that I learned a lot about families enjoying each other— uncles would dance with nieces, cousins would dance with cousins, it was a very happy, celebratory, musical, artsy environment, and I wanted that. So I took the academic path to go that way.”

In third grade, Román-Lagunas began learning Spanish and continued studying through to graduation. She went to the College of William & Mary in Williamsburg, VA where she started studying chemistry as a pre-med student. She eventually realized that it wasn’t something she was passionate about and switched her major to Spanish, focusing on Latin American testimonial literature.

“We had this great love story. Our passion for Latin American literature really bonded us together. We could talk about work and higher education and that would bring us close together,” Román-Lagunas said.

After Román-Lagunas finished her Ph.D., the couple started looking for teaching positions, leading them to Northwest Indiana. Román-Lagunas first started at Loyola, where she taught for two years, and then moved to Northeastern Illinois University, where she remained for 21 years, working her way up to acting provost.

“I started out as a beginning assistant professor and moved all the way through the ranks,” Román-Lagunas said.

Two and a half years ago, Román-Lagunas came to work for IUN. Having lived in the Region for more than 20 years, she felt that it was a homecoming.

“Coming to Gary was like coming home. Since I moved to Northwest Indiana in 1994, I’ve watched IUN and the city of Gary,” Román-Lagunas said. “When I was in Chicago, I didn’t feel like I could make a difference in my community. Here, the biggest attraction to me is that this is my community, and I felt like I was moving to a place where my work could make a more direct impact on the community that I live in.”

As EVCAA, Román-Lagunas’ greatest achievements have been leading the creation of the School of Arts at IUN and stabilizing enrollment.

Recognizing the long and outstanding history of arts in the Gary community, and looking to promote the already excellent arts programs at IUN, Román-Lagunas believed that communications, fine arts, and theater should be separated and established as their own School under the College of Arts & Sciences. It is a move that is bringing greater attention and success to these programs.

“Creating the School of Arts provides an external focus on the arts at IU. I know we’re strong there, and this is a way to show the community that. It was the right thing to do for IUN and for Northwest Indiana,” Román-Lagunas said. “Our artists here are producing works that are absolutely enviable and we need to talk about that more. And now the Chicago artists are getting more interested in the Gary community, which is exciting for us and our students.”

Working with a large team, Román-Lagunas has also helped to stabilize enrollment at IUN. More than just focusing on admissions, she wanted to dive deep into figuring out what it would take for students to stay at IUN and reach graduation.

“A piece that I have spent the best part of my time on is student success. Student success to me means graduations. I’m happy to report that we’re ahead of where we were last spring. The work that this entire campus has done is finally helping students persist in their education to reach graduation,” Román-Lagunas said.

Román-Lagunas has always had a passion for higher education and has discovered that IUN is an excellent place to use her talents.

For Román-Lagunas, her job is her hobby, and she is looking forward to many more years working at IUN and helping to improve the community through quality education. She summed it up best when she said, “I’m doing what I love, and I get to work with fabulous people.”