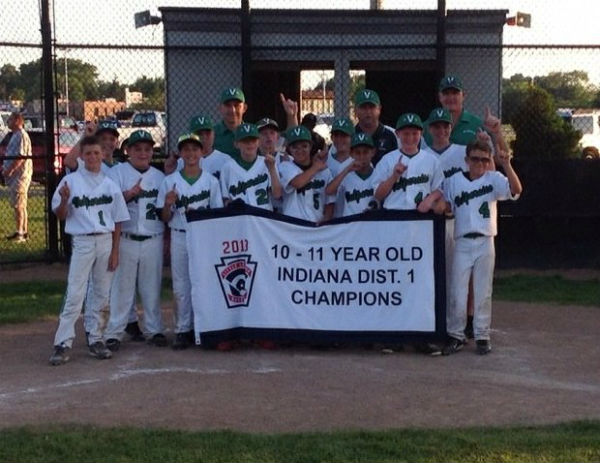 The Valpo Americans 10-11 year old Little League All-star team won the District 1 Championship Tuesday night. In our four games in the tourney, we outscored our opponents 64-2.

The next game is Monday July 22,2013 in Concord at 4pm at where they will play in the Double Elimination Championship Tournament. Come out and support the Valpo Americans!