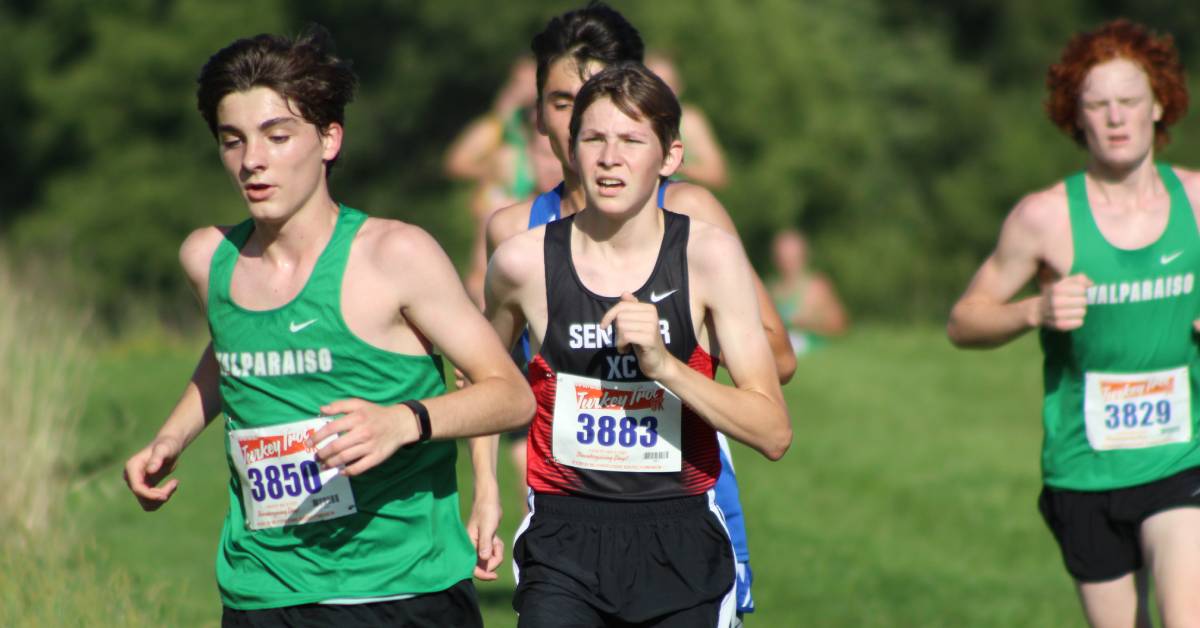 The 2019 cross-country season is underway, and many students kicked it off at one of the year’s biggest events – the Valparaiso Jamboree. Schools from across the Region including Valpo, Boone Grove, Thea Bowman Leadership Academy, Hebron, Hobart, Kouts, Morgan and Washington Township, Gary West Side, and Westville High Schoolall sent their best to the course.

The young athletes were eager to show off the results from a summer filled with practice and training. Some students looked at it as an opportunity to gauge their readiness for the rest of the season, while others came out of the gates looking for glory. Others, such as Westville junior Austin Vargas, just wanted to start off their cross-country careers on the right foot.

“This is my first year, my best friend actually talked me into joining,” Vargas said. “I’m brand new, I’ve never ran this far before. I’m feeling good. I found out that when we train, it’s longer than the actual course, so I feel like I’m going to do better than I think I am.”

Schools of all different sizes competed. Valpo fielded the largest group of runners and came away with team wins for both boys and girls. Smaller schools were not left behind, with Boone Grove claiming second place for boys, and the Kouts girls earning the same spot in their division. The boys’ overall winner, Hobart junior Bruce Leipart, was ecstatic to start his season with a win after a somewhat troubled summer.

“It wasn’t the best summer ever, my teammate got hurt, and I feel like I could’ve worked harder,” he said. “Our team is very tight, we have a good bond. Coach always said that it helps to be friends with everybody.  Hopefully my teammate gets back; we’re like a dynamic duo. Hopefully we can make state together!”

Kassidy Gregory, a freshman out of Kouts, finished first among the girls – nearly a minute ahead of the rest of the competition despite it being her first major event. Cross-country was not her original sport of choice, it came to her while training for another one.

“I was in soccer and wanted to condition for it, then I really started to like running and did it more on my own,” Gregory said. “My mom is my inspiration, and coach told me to run like this was my last race ever. I wanted to get out there and try my best and make it a good race.”

The season is just getting started, but the jamboree highlighted a wealth of talent that should lead to a competitive year in the Region.

The top three girl’s teams (in order) were: Valparaiso, Kouts, and Hobart.