The Valparaiso High School Unified Track brings together students of all abilities to compete in track & field events similar to the school's traditional track team, competing against other schools under IHSAA guidelines.

Coach of the team and Special Education Teacher David Prokop is excited to get this program up and running. The special education students gain so much from the team.

“It’s a chance for them to make a new friend,” David Prokop said. “For example, our life skills students are with the same students throughout the entire day. Some of them have even been with the same class since 4th grade. They’ll get to experience new friendships and meet new people. This is a chance for them to showcase their skills and get a chance to go to meets and hear people cheering them on.”

The Unified Track team also gives the students all an opportunity and reason to interact and have some fun outside of a school setting.

The students have also started hanging out and becoming better friends after meeting on the Unified Track team. 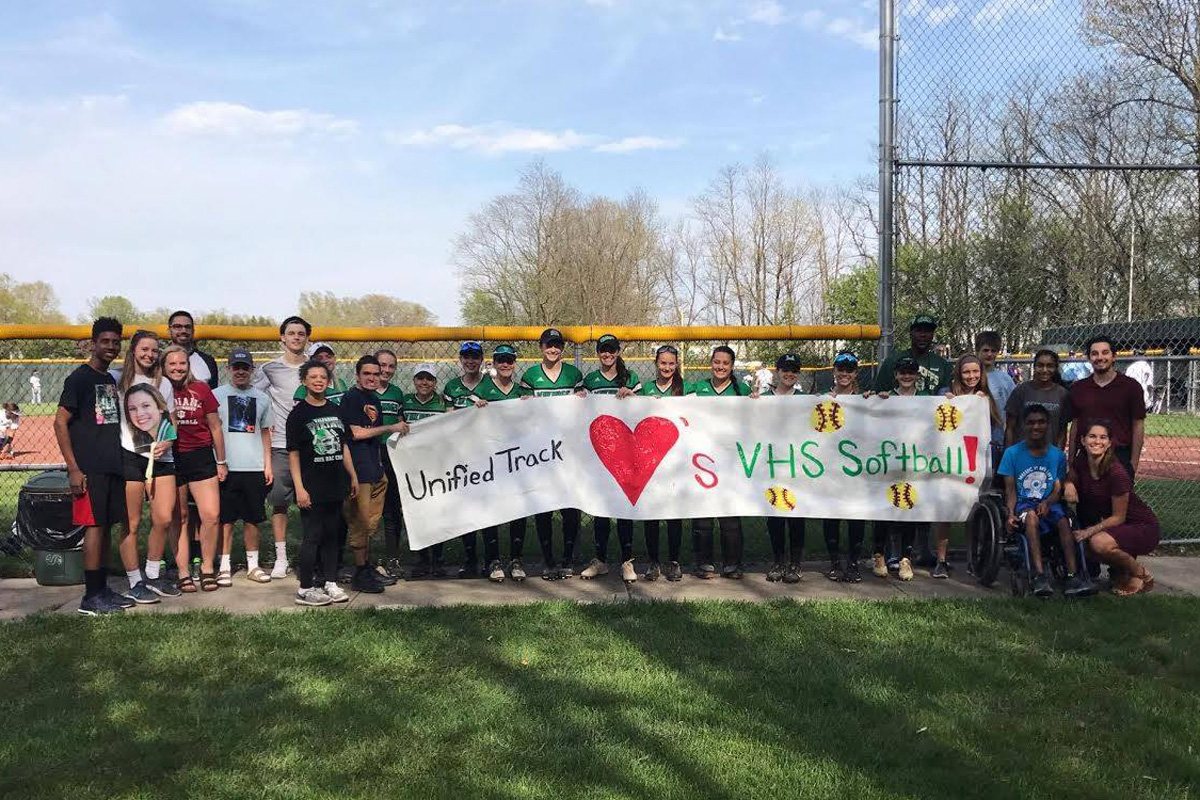 “I saw one of the basketball players walking down the hallway with one of our life skills kids,” Prokop said. “That probably never would have happened without this program. It’s so cool to see the special education students hanging out with sports superstars of the school.”

The team is similar to the school’s already-established track team. Each meet features five events including the 100m, 400m, the 4x100 relay, shot put and long jump. They compete against other Northwest Indiana schools and there is a postseason tournament with a shot at the state championship in Bloomington in June.

It’s the fourth year of the program for the state, and the first year for Valparaiso High School. It’s already grown quite a bit.

“Our goal originally was to see if this program was possible and get a team of ten,” Prokop said. “We grew to 25 really quickly. We also have students that want to participate next year.”

The program was made possible by Valparaiso High School's Athletic Department and by a team of volunteers as well.

“All of the coaches are volunteers,” said Prokop. “We have parents that help out. We practice for an hour twice a week, and then we have meets on Thursdays. I have great assistants that have been helping me with everything, even when we don’t get home until 7 or 8 some nights.”

The team recently went to a Valparaiso High School softball game to hang out and cheer on their fellow Vikings - one of the first times they got together outside of school or practice as a team.

“They’re the ones that brought up it up in the first place,” Prokop said. “This is a really cool opportunity that the school has given me, and the team has 25 of the greatest kids you could ask for. It's a lot of fun.”