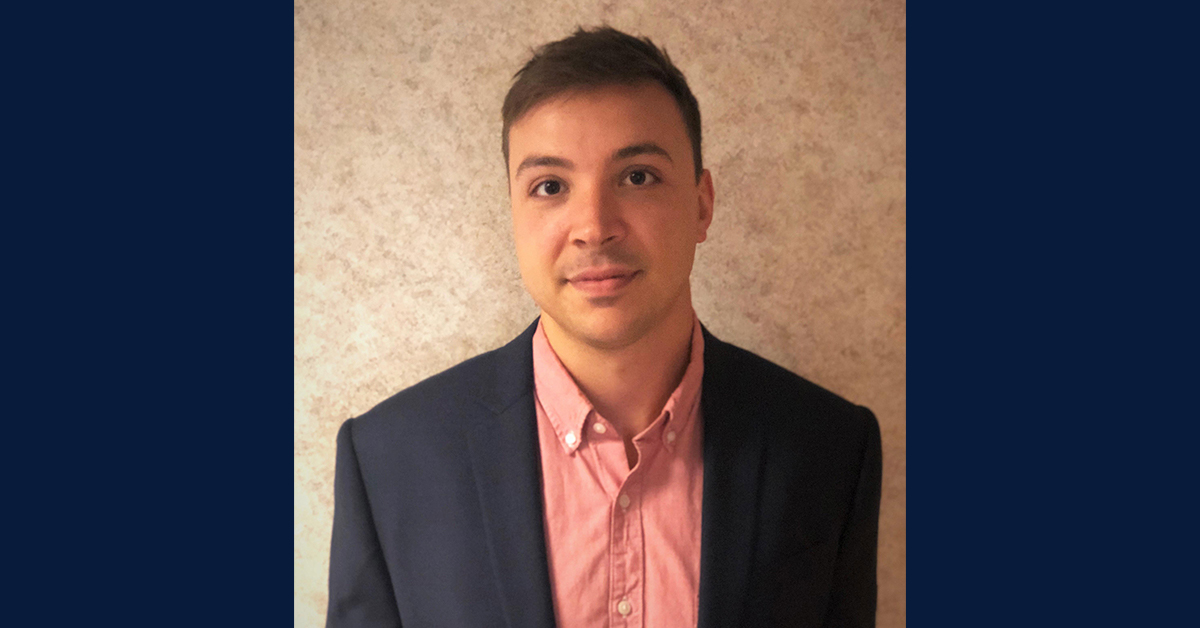 In civilian life, Hobart resident Andrew Colvin is a Senior Financial Analyst for St. Mary Medical Center. In his military career as a member of the Indiana Army National Guard, CPT. Colvin, 32, is a commissioned officer. He commands a Combat Engineering Company consisting of 101 soldiers.

For helping him find balance in both roles, St. Mary Medical Center has been honored as an employer that supports members of America’s National Guard and Reserve. Employer Support of the Guard and Reserve (ESGR) Area Chair Douglas Schwartz presented the organization’s Freedom Award nomination and the Above and Beyond Award to administrators.

“In today’s world, our military is much smaller; therefore, we rely much more on the Guard and Reserve,” Schwartz said. “Not all employers and supervisors provide this level of support. It’s always good that the leaders are supportive, but it’s important that the co-workers are supportive, as well. Somebody is left behind to help pick up that slack. So those efforts are greatly appreciated.”

Colvin joined St. Mary Medical Center’s Finance department in 2016. He said his supervisor, Finance Director Katherine Radinovic, as well as Vice President of Finance Mary Sudicky, have shown him every consideration as he tries to balance his work schedule with his Guard responsibilities, including overseas travel.

“Balancing a career in healthcare with my military obligation isn’t easy,” Colvin admitted. “In the military, it’s all leadership skills. You learn that managing five people is the same as managing 100 people which is the same as managing 1,500 people. You learn how to go through a planning process and have subordinates execute your plans. A civilian career benefits from that leadership experience.”

“Andrew Colvin is a valued employee in our Finance department and we are proud to support and facilitate his military service to our nation,” Ryba said. “Andrew’s dedication to his military career is reflective of his service and commitment to our hospital. We are fortunate to have someone of Andrew’s character and ability serving both our patients and our nation.”

Schwartz said the Freedom Award is a nomination for a national-level award, one that will be forwarded to the Office of the Secretary of Defense. The Above and Beyond Award is a separate ESGR recognition of St. Mary Medical Center for which Colvin nominated his employer.

“They have recognized the benefits of having military personnel and have rewarded me with projects that I otherwise would not have had the opportunity to lead,” Colvin wrote in his nomination. “They have gone above and beyond by helping my wife and communicating with her frequently, reassuring her while I was away on duty. This helped me tremendously while I was away and helped me to have no worries while I was gone.”

Colvin has already served his standard six-year Guard contract and continues to serve off contract. He says he’s not certain how long he will stay in, but he is eligible to serve until 2032.

ESGR, a Department of Defense office, was established in 1972 to promote cooperation and understanding between Reserve Component Service members and their civilian employers to assist in the resolution of conflicts arising from an employee’s military commitment. ESGR is supported by a network of more than 3,750 volunteers in 54 committees located across all 50 states, the District of Columbia, Guam-CNMI, Puerto Rico and the U.S. Virgin Islands.