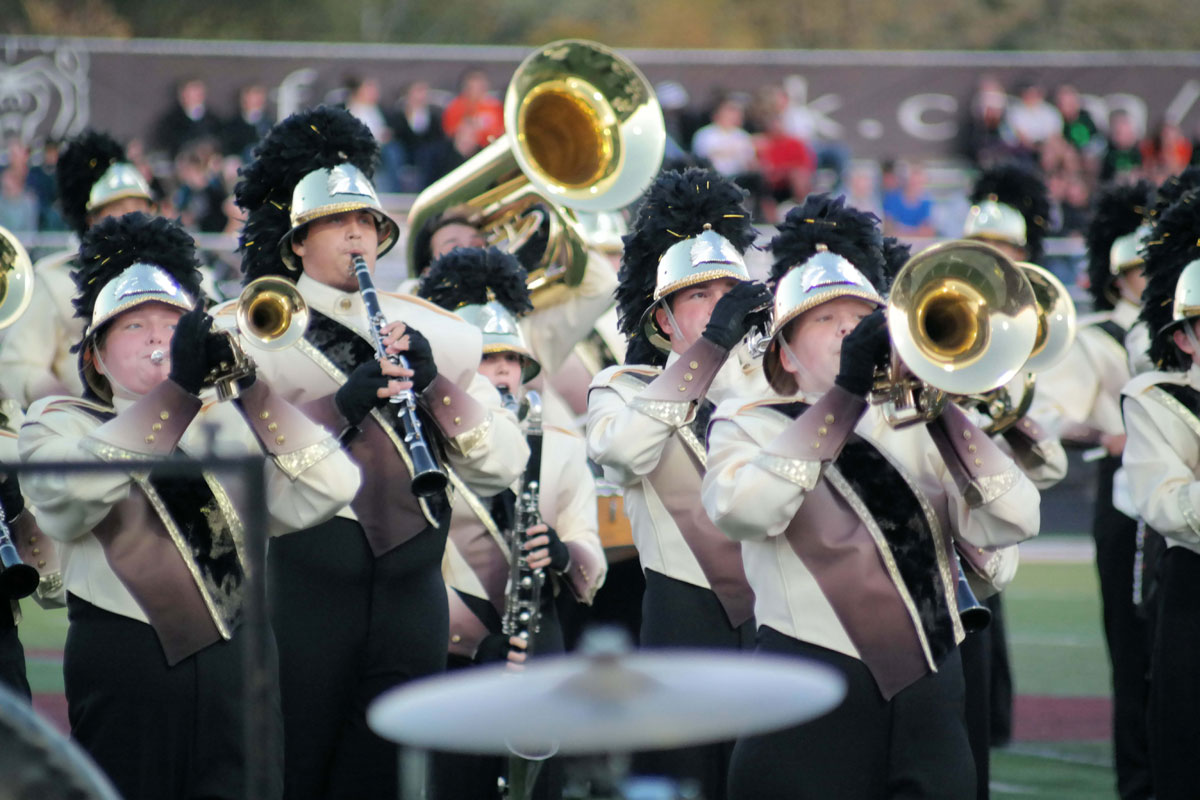 The members of the Chesterton High School Trojan Guard Marching Band traveled to Indianapolis this past Saturday to compete in the Indiana State School Music Association’s (ISSMA) 2014 Scholastic Class “A” State Championship. This event was hosted by Lawrence Central High School of Indianapolis on behalf of ISSMA Inc. On October 11, three high schools, including one from the Northern, Central, and Southern portions of Indiana, hosted the Scholastic Class Preliminary competitions.

The results of these competitions determined which scholastic class bands would qualify to move on to their state finals. A total of 20 bands made it through these preliminary events, giving them the chance to compete head-to-head at the ISSMA State Scholastic Finals on October 25. In final preparation for their state performance, the group stopped at Jefferson High School in Lafayette, Indiana to use their marching band’s practice field prior to traveling on to Indianapolis. “Stopping along the way to practice allows our kids a chance to shake off the bus ride and get refocused just prior to stepping onto the field to compete” said band director Michael Scheiber. “The practice certainly paid off. The kids put in their best performance so far, and that’s what allowed them to end their season in the coveted top five! We’re really proud of them,” Scheiber added.

The Trojan Guard’s 2014 field show entitled, “The Gilded Cage,” is all about birds. The production is in four musical movements Mvmt. I is “Out and About,” Mvmt. II is “Fights on the Wing,” Mvmt. III is “Riding the Thermals,” and Mvmt. IV is “Plumage Unfurled.” The fieldshow features many electronic effects along with some beautiful and unusual equipment work by the 32 members of the group’s Color Guard.

The Trojan Guard is under the direction of Michael Scheiber with assistance by Vincent Arizzi. Additional staff includes Lisa Scheiber as Color Guard director and Jeff Wroblewski on drill design. For additional information regarding the Trojan Guard or any band activity, please contact the CHS Music Department at 983-3730.