TransPorte of LaPorte had something very important to celebrate on March 22nd. They held an Open House to include the community in a transition that will benefit everyone: The City of LaPorte would now officially run on propane. They were the first in Indiana to have an all alternative fuel system.

Four propane fueled buses now grace the streets of LaPorte and a fifth is on its way. They are bought as unleaded vehicles, then are sent to Elkhart to be converted to propane. The city also has four electric vehicles and will be installing the charging stations soon to keep them running.

The TransPorte fleet won the 2015 Green Fleet Award for their commitment to going green. They are only the beginning of a city wide change: the Street department will be switching their vehicles to propane soon, and both the Public Works and Waste departments are looking into it. 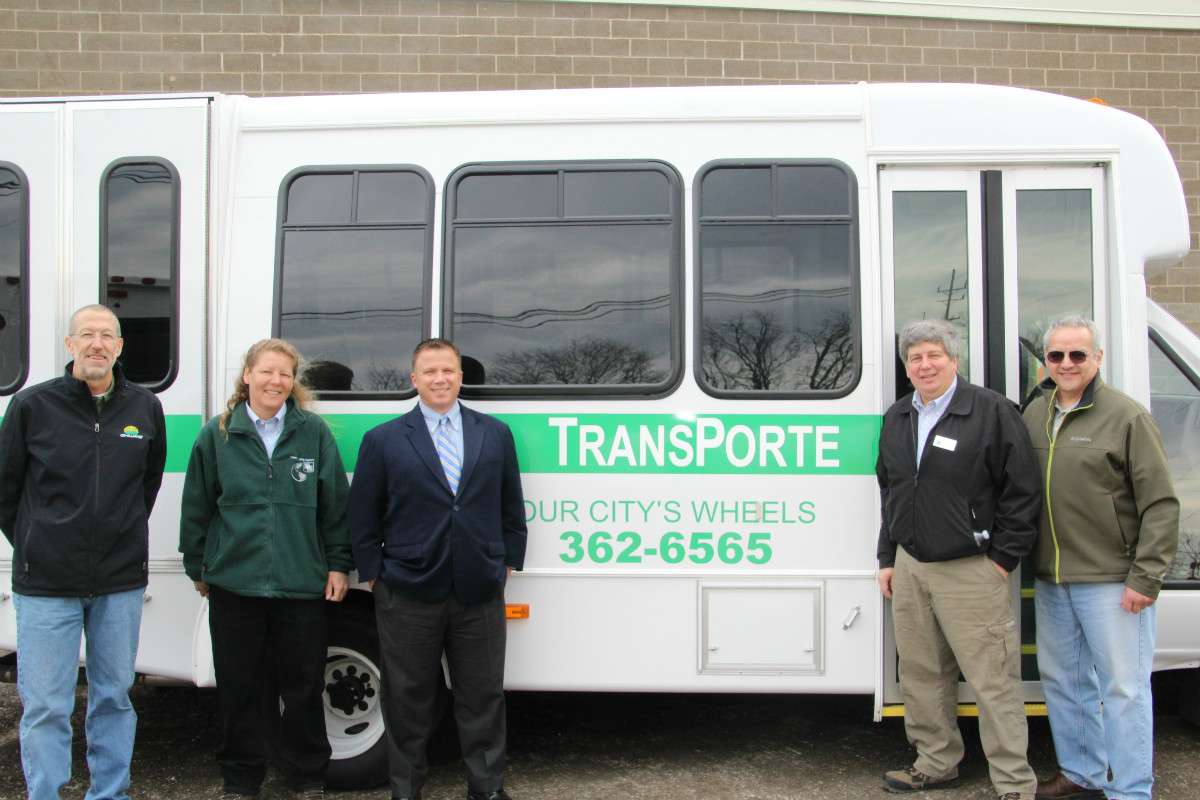 “We are interested to see the cleanliness and efficiency of propane,” said Public Works Board Member Clay Turner. “We’re excited about that.”

Propane fueling is a superior system for exactly those reasons. Its lesser impact on the environment makes it a safer alternative to unleaded as well.

Its foremost benefit is that it can keep their transportation system a local project. Director of TransPorte Tom MacLennan, said they are “keeping it local as much as we can. When you do that you preserve jobs, you keep the city employed. Don’t buy on Amazon, buy from down the block.”

TransPorte itself keeps the people of LaPorte employed. Without the network, many people would not have a way to get to work.

Mayor Blaire Milo said, “Transporte creates the opportunity for anyone in the city to travel. There’s reduction costs for seniors. It ensures that every citizen can remain mobile.”

She and MacLennan also spoke about the money saving perks of the propane system and the lighter carbon footprint we will be leaving on the planet. TransPorte installed their own propane tank so they can fuel up at home instead of sending the buses down state. That saves on fuel costs, employee hours, and air pollution.

City Councilman Roger Galloway attended the Open House to show his support for the project. “If a department has something going on,” he said, “You be there. They are doing good things and you need to support that.”