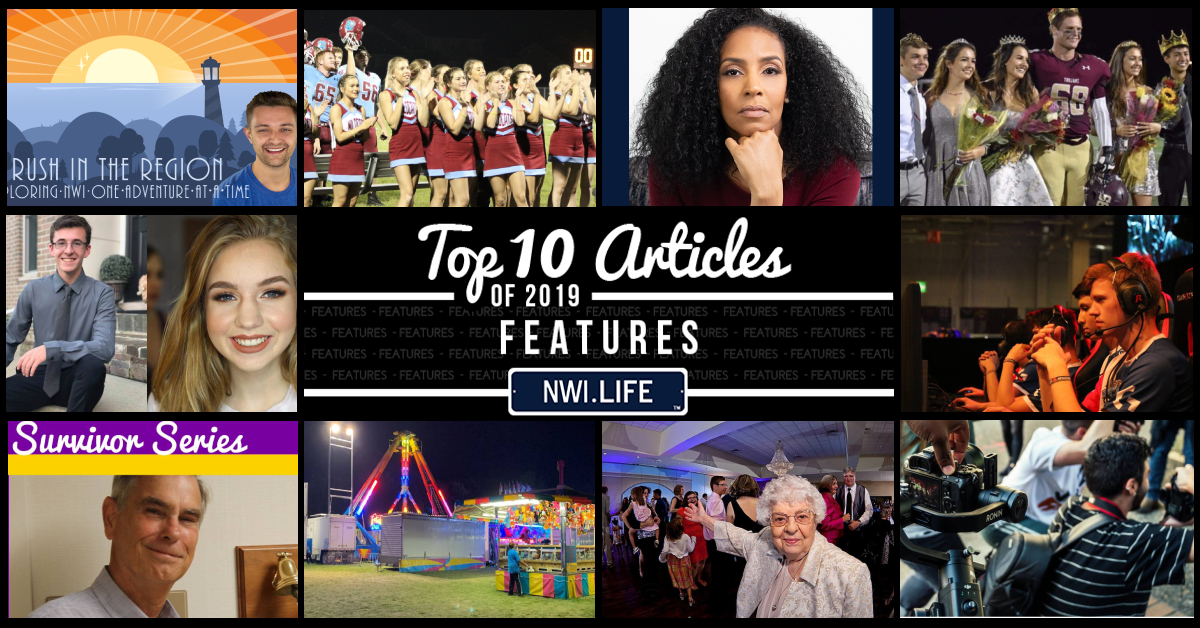 Looking back on the year at NWI.Life, it’s truly amazing how many good things are constantly happening in our community. We’ve profiled hundreds of people for Life in the Spotlight articles, heard from our #1StuddentNWI students, and generally been around to find the good news happening in the community.

Do you have good news you'd like to share with us? Visit https://greatnews.life/share and we'll take a look!

Without further ado (and in no particular order!), here are the top 10 feature articles from NWI.Life in 2019!

The City of Hobart is home to many great attractions such as Deep River County Park, the Art Theater, and Festival Park, but many don’t know it’s also home to Broken Wagon Bison farm.

On November 2, for the first time in the program’s history, Hanover Central Cheerleading qualified for the state competition by winning the preliminary competition held at Greenfield High School. The cheerleaders have worked hard and have shown great dedication all season to get to this point. Every single day they could be found in the gym, practicing their tricks and cheers until they reached perfection.

In January of 2019, Esther Lewis, then 39, found a small lump in her breast. Having dealt with swollen lymph nodes before, she thought this lump was most likely that. But being cautious and proactive, Lewis sought confirmation that would end up saving her life.

Chesterton High School sophomore Ben Seely was out for a bike ride with a group of friends a few weeks ago, when suddenly, he heard the telltale sound of rubber screeching on pavement.

At Hobart High, the definition of the word ‘sports’ has recently changed. A new esports team has opened its doors to students, making this the first esports team at Hobart. Esports are exactly what you expect—a group of people competing against other schools in electronic sports, otherwise known as video games.

Celebrations for the Fourth of July in Highland are always exciting, but this year, the festivities were even more spectacular than normal.

Josephine Purevich attended 24 1st birthdays for her children, grandchildren and great-grandchildren. She saw the first person walk on the moon, watched as the Berlin wall came down, and grew up during The Great Depression. She loved crocheting, playing Candyland with her great-grandson, and chatting with the ladies at the senior center on Wednesday afternoons.

Here at GreatNews.Life, an online news agency that publishes exclusively positive news throughout the Region, we aspire to mold and inspire budding journalists in high school through the #1StudentNWI program. In fact, we’re the only area media agency offering paid internships to students from every high school in Lake, Porter, and La Porte counties. It’s a life-changing experience for many.