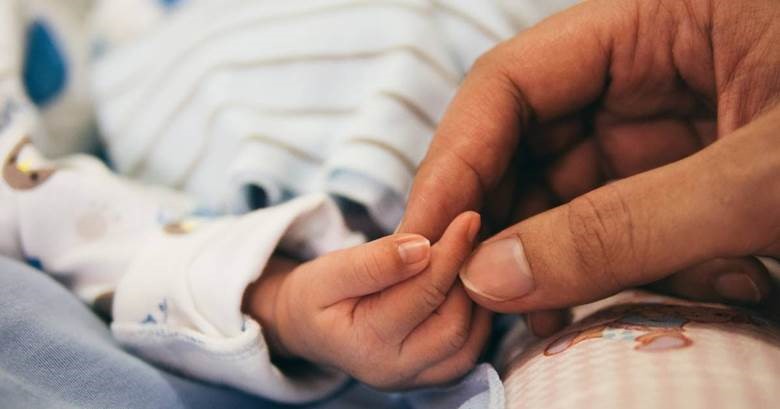 We all know that nicotine addiction is real, and smoking is bad for health. So imagine how stressful it might be for a mother to make that life change to quit when she becomes pregnant. In fact, according to the Indiana State Department of Health statistics from 2011, more than 18 percent of pregnant women in Indiana reported smoking during pregnancy - much higher than the national average of about 10.7 percent. Smoking during pregnancy causes low birth weight and other major health issues, but help is out there for pregnant mothers who want to give themselves and their babies the best chance at a healthy start in life.

Natalie Rivich, Program Director at the Tobacco Education and Prevention Coalition of Porter County and Paula Brandt, Certified Nurse Midwife at NorthShore Health Centers explained why smoking before, during, and after pregnancies is harmful and how you can get the help you need to quit.

Women who smoke are not often aware of the damage they are already causing to their reproductive system.

“Women who smoke can have a hard time just getting pregnant due to the negative effects of smoking,” Rivich said.

As many are aware, when a woman is pregnant, what she puts into her body goes through the bloodstream to the baby. Women who smoke during pregnancy are at risk for abnormal pregnancies, such as when the placenta attaches to a fallopian tube ending in the death of the fetus and severe health issues to the mother. A whole host of problems can result from smoking during pregnancy.

“There is an increased risk for small babies (growth restriction/low birth rate) as well as a higher risk of birth defects. A mother who smokes is more prone to preeclampsia, preterm labor, premature pre-labor and rupture of membranes, and is more likely to conceive a chromosomally unhealthy pregnancy,” Brandt said. “Children exposed to smoke or secondhand smoke during pregnancy are also at increased risk of developing learning problems and attention-deficit/hyperactivity disorder (ADHD).”

Smoking during pregnancy is also responsible for low birth weight in infants causing health issues upon birth and extended hospital stays. There is also a higher risk for Sudden Infant Death Syndrome (SIDS). In fact, in Porter County 7 percent of live births were low birth weight and 20 - 30 percent of infants with low birth weight can be attributed to smoking.

Second hand and thirdhand smoke after pregnancy can be just as harmful to infants and children.

“Children who are around secondhand smoke have an increased risk for ear, nose and throat issues such as chronic ear infections, but also tooth decay. Children whose parents smoke are at increased risk for sudden infant death syndrome (SIDS) and developing asthma and respiratory infections such as bronchitis and pneumonia from impaired lung function,” Brandt said.

Keeping yourself and your home smoke-free is extremely important in general but even more so for any home with pregnant women, infants, and children.

‘If you’re going to smoke, you certainly want to take it outside. You should even have a “smoking coat” to wear so that you’re not exposing your child to the cancer-causing matter that can still collect on your clothes,” Rivich said.

Thirdhand smoke is the residue from smoke that remains on objects. Carpets, clothes, curtains, and furniture can all be tainted by thirdhand smoke, holding in toxins such as arsenic, lead, and cyanide. This is harmful to children who come in contact with the items, and younger children even more so as they tend to put objects and their fingers in their mouths.

The best way to combat thirdhand smoke is by creating a smoke-free environment. Again, smoke outdoors and also refrain from smoking in the car, even with the windows down, as the smoke residue can still adhere to the car’s interior.

For a healthy pregnancy, infancy, and childhood, and for your own health overall, it is imperative to be smoke-free and maintain a smoke-free home. The Tobacco Education and Prevention Coalition is here to help you begin your journey to a smoke-free and tobacco-free life.

“Being smoke-free is not just about improving the health of your newborn and family, but it is a motivation for a lifelong healthy lifestyle. Promoting a smoke-free lifestyle is a life commitment, but any smoking cessation is vital for the health of the pregnancy/postpartum woman and child,’” Brandt said.

The Quit Now (1-800-784-8669) helpline offers extra help for pregnant women to quit smoking. Anyone who is ready to quit can call the helpline and receive professional help to create a plan for quitting. For pregnant women, the helpline provides additional phone sessions and extended services.

Through their partnerships with local organizations like NorthShore Health Centers, HealthLinc, and Headstart, the Coalition also provides education and resources so these organizations can, in turn, help anyone who is ready to stop smoking and stay smoke-free.

“Ideally, we’d like to help everyone stop smoking, but they have to be ready to stop. When they are, we have all of these great resources ready for anyone ready to quit,” Rivich said.

For more information on the TEPC and to find out how to quit smoking today, visit their website https://www.valpo.edu/tepc/.