Being a Colts fan anywhere outside of central Indiana before 1998 was almost unheard of.

While we continue to see the Chicago Bears hold the hearts of the majority of football fans in Northwest Indiana, the Colts are now a clear second in the pecking order. But that wasn’t clear before '98. Before Peyton Manning.

I’m one of those rare fans that supported the team before they picked the future hall-of-famer from the University of Tennessee with the No. 1 pick in the 1998 NFL Draft. With no ties to Indianapolis (and few ties to the region at the age of 10), I fell in love with the team when Jim Harbaugh led a mediocre squad to a Cinderella run that came within one play of the Super Bowl in 1995.

I stood with them through the abysmal 1997 season. The Colts were 3-13 that year, the worst squad in the NFL. So naturally, my only excitement would come before the Draft, when the Colts would pick first.

I remember racing home from my seventh grade CCD class that day to see who they would pick. I wanted Charles Woodson, the Heisman Trophy-winning Michigan cornerback who would go on to have quite an NFL career of his own. And I didn’t know too much about Manning.

But quickly he would replace Harbaugh as my favorite football player, and before he would leave the Colts 14 years later would turn Indianapolis from a basketball and car racing hotbed to "Colts-ville".

There were so many great Manning moments in Indianapolis, it’s hard to pick out just a few. I remember them all. Erasing a 21-point deficit with three minutes remaining on a Monday night in Tampa Bay against the stout Buccaneers defense in 2003. Compiling a perfect QB rating in his first playoff win. Finally breaking through to the Super Bowl with a clutch performance in a comeback win over his nemesis, the New England Patriots.

Those are just a few. I remember being in attendance when he broke Dan Marino’s then-single season record for touchdown passes in a thrilling comeback win over the San Diego Chargers at the RCA Dome in 2004 and for the infamous "4th and 2" game, when he orchestrated a masterpiece in a comeback over the Patriots in a game that will always be remembered for Bill Belichick’s puzzling call to go for it on 4th down in his own territory. With Manning on the other sideline. 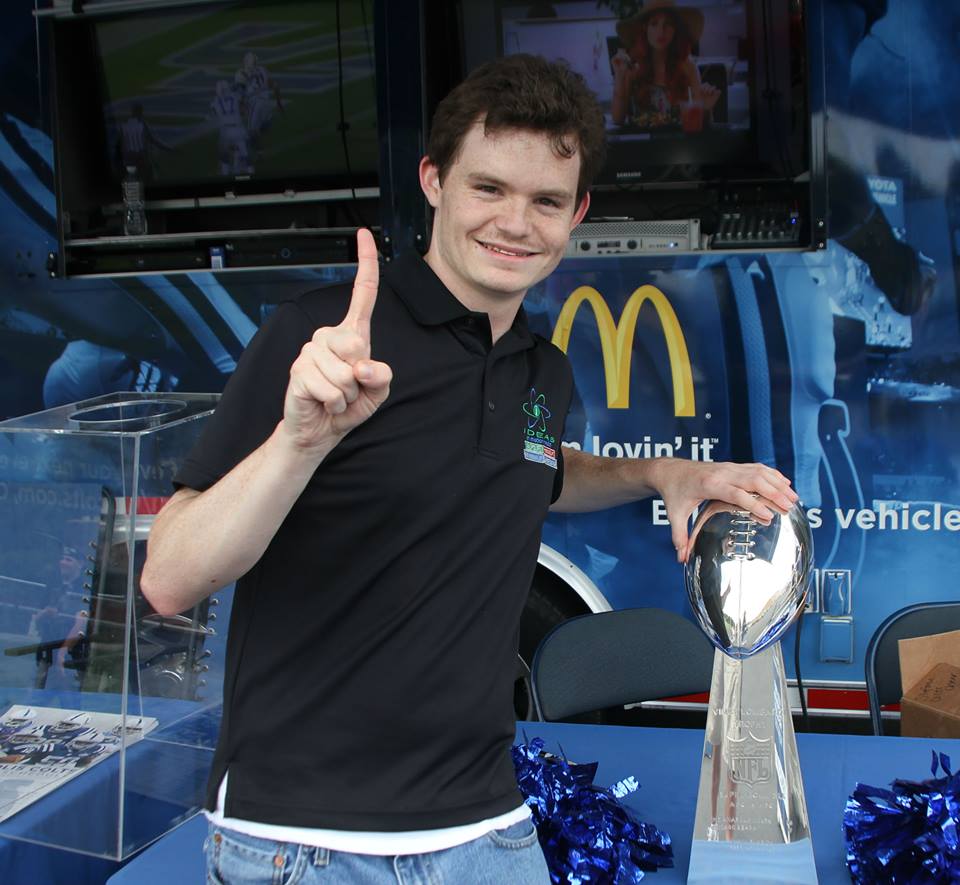 I was also there in Indy, waiting patiently in the Dome, when the Colts brought their only Vince Lombardi trophy home one day after defeating the Bears in Super Bowl XLI. As a rare Colts fan from Chicago, I still have to pinch myself nearly a decade later. Not that the Colts won the Super Bowl. That was going to happen eventually with #18 under center. But the fact that they did it against the team everyone I knew was rooting for.

Manning officially retired Monday after 18 seasons in the league. 14 with the Colts, and the last four with the Denver Broncos. He’s the greatest to ever play the quarterback position.

All those stats are all-time NFL records. All of them.

Not to mention his teams reached the playoffs in 15 of the 17 seasons he played and that he is the only quarterback to win a Super Bowl with two different teams.

There may have been a Denver Broncos logo behind the Sheriff when he announced his retirement at a news conference in Denver, but it doesn’t take too much thought to realize he will be remembered more as an Indianapolis Colt.

While he won a Super Bowl with both teams, his only Super Bowl MVP came after the Colts’ triumph. Before Manning was thrilling fans in Denver, he had their number. As a Colt, Manning went 8-2 against his future team, including a pair of easy playoff wins following the 2003 and 2004 seasons.

But we will have to share his legacy with Denver. And that’s OK. No one can take away the remarkable achievements he had as a Bronco, and we are happy for all he did there as well. His best season statistically was 2013, with the Broncos. His largest comeback ever (a 24-point reversal against the Chargers in 2012), was also with Denver.

But without Peyton Manning, the Broncos would still be the Denver Broncos. The Colts? Without the Sheriff, they’d likely be playing home games in Los Angeles by now. Lucas Oil Stadium would never have been built and the most football excitement coming from Indiana would come from the annual “Old Oaken Bucket” contest between Indiana and Purdue.

He also referenced the Colts more than the Broncos in his closing speech Monday.

"Thank you to the Indianapolis Colts organization and all the fans across this country. You can’t fathom how much I enjoyed my 14 years there or the warmth that my family feels for you,” he said while choking up.

He recapped some of his proudest moments as a Colt.

“Make no mistake about it, we were coming and we went on to do some phenomenal things like winning at least 12 games seven years in a row and of course winning Super Bowl XLI. And I was truly honored and proud to be a part of it.”

"I’m going to miss a steak dinner at St. Elmo's in Indianapolis after a win.”

And provided a shout out to other members of the Colts during the 2000s, which will go down as the Golden Age of Indianapolis Colts football.

"I’ll miss figuring out blitzes with Jeff Saturday. Reggie (Wayne) sitting on top of the bench next to me. Perfecting a fake handoff to Edgerrin James.”

When the Broncos beat the Patriots this past season to reach the Super Bowl, he told the crowd in the Mile High City how much he appreciates “the great fans” there.

When he greeted us Colts-faithful during the rally following Super Bowl, Manning also thanked the fans. “The best fans in the NFL.”

The “best fans” have also been quite lucky over the past couple of decades. After all, we do have a horseshoe on our helmet.

We were bad enough in 1997 to get the chance to select Manning, and were even worse in 2011 (the year Manning had to sit out due to several neck surgeries). That gave us the chance to select Andrew Luck, who was widely regarded as the best quarterback coming out of college since Manning.

And while we love Luck already, something tells me the upcoming season will be the first for Colts fans to truly regard him as our favorite current player.

We look forward to the seeing how much Luck will accomplish in an Indianapolis uniform, and are always excited to see him take the field. But no matter what the future holds, there will only be one Peyton Manning.

Tim Moran is the local editor covering North Shore suburbs of Chicago for Patch.com. Contact him at tim.moran@patch.com.