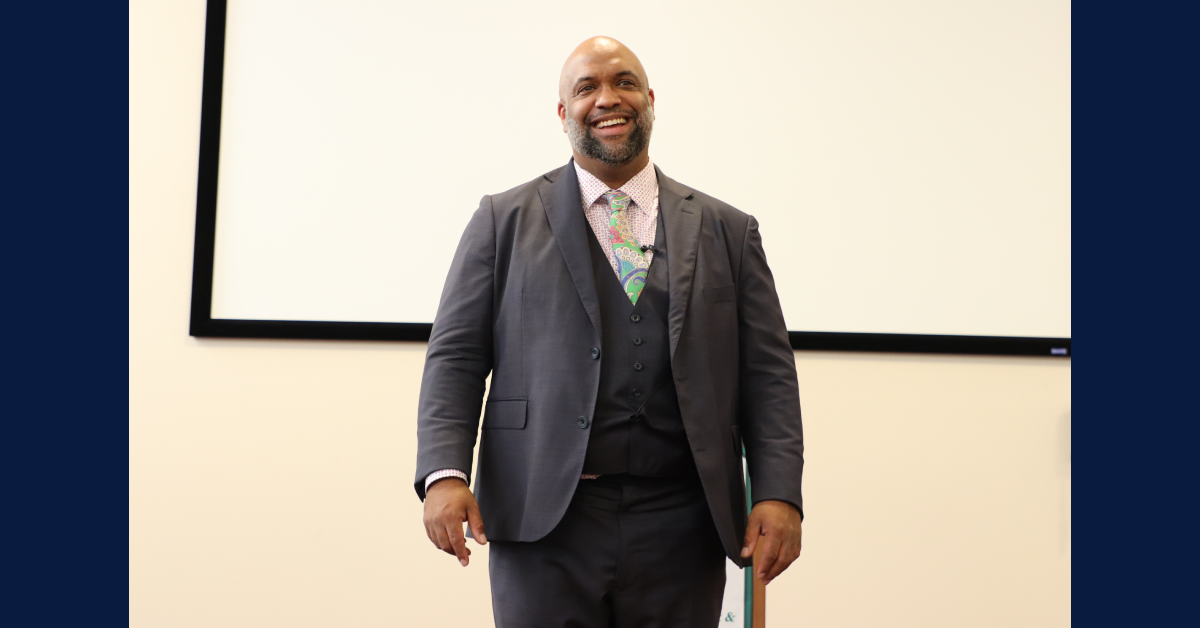 In an effort to end the stigma surrounding mental health, The Poor Handmaids of Jesus Christ (PHJC) hosted a speaker series event where speakers from across the country were able to address audiences followed by a Q&A session. The topics discussed at these four events were suicide prevention, bullying and its effects on kids and their mental health, mental health in families, and the mental health stigma.

This most recent talk about the stigma surrounding mental health was led by Certified Corporate Wellness Specialist Mike Veny on Thursday, May 13 at Lindenwood Retreat & Conference Center. Sisters at The Center at Donaldson had a meet and greet with Veny prior to his speech where they were able to have an informal, open-ended discussion about mental health.

Marketing Coordinator for The Center at Donaldson Jessica Barcus is happy that despite downsizing from her original vision for the speaker series due to the pandemic, PHJC was still able to facilitate a four-part discussion about mental health.

“Even if you help one person, you have to be good with whatever it costs to help that one person. If you have the right people, it doesn’t really matter if you have a lot of people,” Barcus said.

Barcus wanted to start small and begin with the community, and The Center at Donaldson’s own campus of people influenced how PHJC would organize the event even before the pandemic.

“We realized that even if we brought somebody in for everyone to talk to whenever they felt like they needed to, there’s so much stigma around it that they wouldn’t go anyway,” Barcus said. “We decided to start with this on how we can end the stigma – that’s what got us going on the four mental health speakers.”

When researching who should lead each speech in the speaker series, Barcus discovered that Veny was on a list of top 100 speakers in the U.S., so she invited him for the capstone topic to close out the series: mental health stigma.

Veny is intimately familiar with mental health challenges and the stigma surrounding them. After multiple stays at mental health hospitals, attempting suicide at age 10 with more attempts to follow in addition to other struggles, Veny said he was on a first-name basis with local police officers and emergency department staff. Veny did not develop any real, healthy coping mechanisms until his mother intervened.

Veny’s mother asked him what he would do all day if he could do anything he wanted. His response was that he simply wanted to play his drums. After this discovery, Veny’s mother mulled over how to give him a better drumming outlet, and after a few weeks, she told him that he would be enrolled in a performing arts school. This was the beginning of Veny’s path toward finding ways to get the help he needed and the help that worked for him, including visiting a therapist.

While Veny greatly improved, mental health is still a daily struggle that sometimes gets the best of him. During one of these low moments is when Veny accidentally became a speaker on mental health.

“In 2011, I had a breakdown,” Veny said. “I called someone, a woman I knew who worked in mental health, and basically said, ‘Look, I’m gonna die by suicide. This is bad; I need help.’ At the end of the conversation, she said, ‘Can I hire you to be a speaker at my event for mental health?’ I said, ‘No!’ I ended up doing it, and people kept asking for it.”

Veny was a corporate drummer at the time, but he found that speaking on mental health was impactful on the people with whom he shared his story. Although he said he never would have seen it coming, Veny decided to make a career change to be a speaker for the sake of others.

“Whether I like speaking or not, I realize that people like hearing me talk,”Veny said. “It comes from a deeper place of spiritual service where the idea of getting to help someone is what I’m really shooting for, and I do it through speaking. If it were through doing handstands, I would do that.”

“Mental health challenges are just that – a challenge,” Veny said. “It doesn’t mean there’s something wrong with you. It means you’re human and you’re working through some stuff. You’re on a path to growth. It’s a growth opportunity, but you’ve got to be willing to see it like that.”

To learn more about The Poor Handmaids of Jesus Christ, visit their website at www.poorhandmaids.org/.