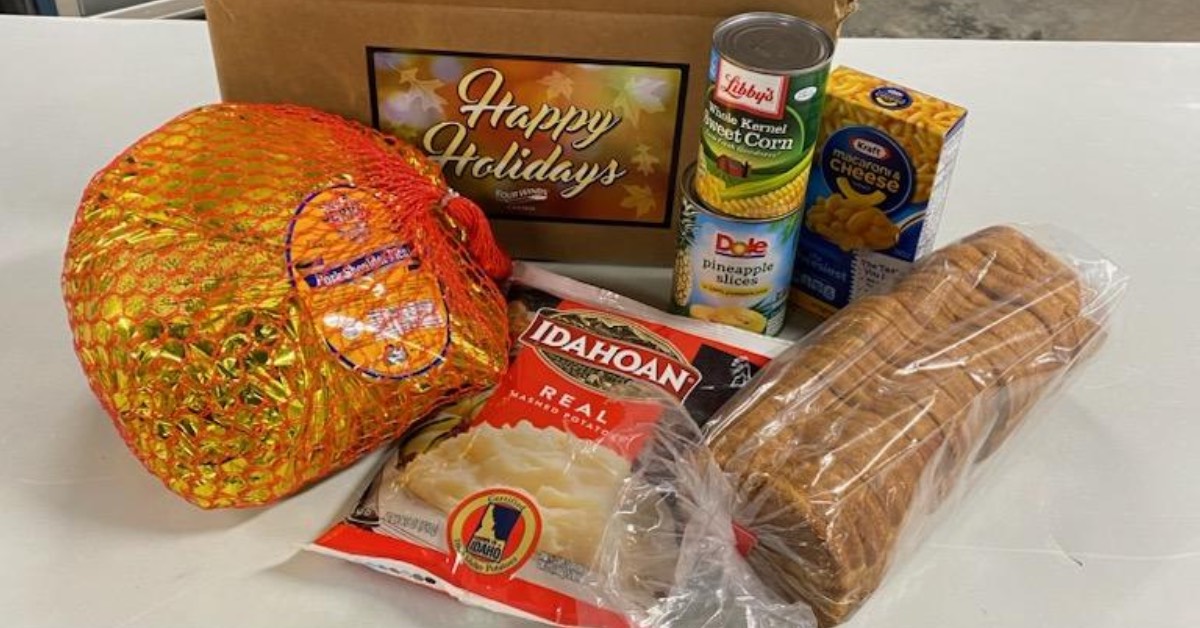 The Pokagon Band of Potawatomi and its Four Winds® Casinos announced today a donation of 1,000 food boxes to those in need during the week of Thanksgiving.  Each Thanksgiving food box includes a Smoked Ham, Idaho Mashed Potatoes, Whole Kernel Corn, Macaroni & Cheese, Pineapple Slices, and Cinnamon Cream Cheese Muffins.  Distribution will be completed through several organizations in Michigan and Indiana, and several Four Winds Casinos team members were at the Food Bank of Northern Indiana, located at 702 Chapin Street in South Bend, today to hand out 200 food boxes.

Commenting on the donation, Rebecca Richards, Tribal Council Chairwoman of the Pokagon Band of Potawatomi said, “The Pokagon Band and its Four Winds Casinos are very proud to be able to continue our annual tradition of donating food items to those in need during the holiday season.  We hope this offering will ease the burden and lift the spirits of individuals and families in Southwest Michigan and Northern Indiana.  We would also like to thank our partner organizations who helped deliver the food baskets to those in need.”

Frank Freedman, Chief Operating Officer of Four Winds Casinos added, “We would like to commend the proactive efforts of our Four Winds Team Members for procuring the necessary food items to provide complete Thanksgiving meals.  We are thankful for our partnerships with all of the organizations involved to help us reach a large number of communities in the region.”

Marijo Martinec, the Executive Director and CEO of the Food Bank of Northern Indiana said, “We are grateful for our continued partnership with the Pokagon Band and its Four Winds Casinos to feed the hungry.  The need is so great and because of their generosity, many families struggling with hunger will have a delicious meal to celebrate Thanksgiving this year.”

The Pokagon Band of Potawatomi’s sovereignty was reaffirmed under legislation signed into law by President Clinton in September of 1994.  The Pokagon Band is dedicated to providing community development initiatives such as housing, education, family services, medical care and cultural preservation for its more than 6,000 citizens.  The Pokagon Band’s ten-county service area includes four counties in Southwestern Michigan and six in Northern Indiana.  Its main administrative offices are located in Dowagiac, Mich., with a satellite office in South Bend, Ind.  In 2007, it opened Four Winds Casino Resort in New Buffalo, Mich., followed by Four Winds Hartford in 2011, Four Winds Dowagiac in 2013 and Four Winds South Bend in January 2018.  The Pokagon Band operates a variety of businesses via Mno-Bmadsen, its non-gaming investment enterprise.  More information is available at www.pokagonband-nsn.gov, www.fourwindscasino.com and www.mno-bmadsen.com.