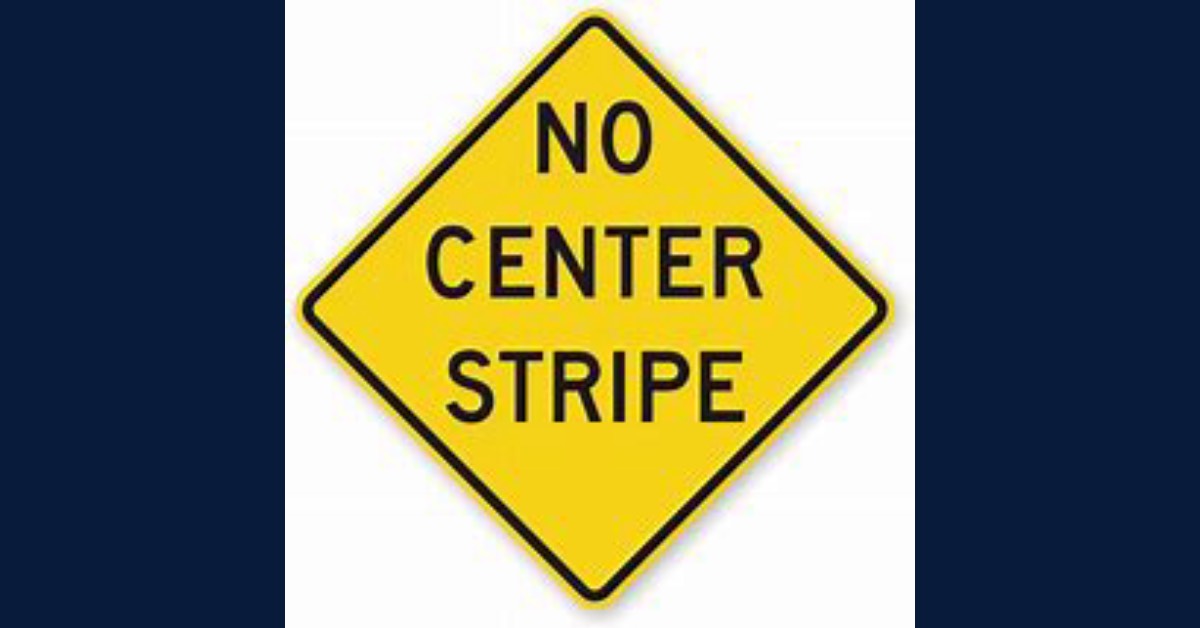 The other day, I was driving down a road that was recently repaved but had not yet had striping to designate traffic lanes.  It occurred to me that the signs cautioning drivers could well apply to voters as well.

As a political centrist, I’m beginning to think of myself as a part of an endangered species. It seems to me that the political center—the middle of the political road—has been shrinking rapidly, allowing the far left and the far right to increasingly dominate the political scene. Nowhere is that more evident than in the U.S. Congress where there’s been such deterioration in the capacity to carry out its important role in dealing with scores of major issues.

No Labels, a group that advocates rising above partisanship, has evaluated our current political climate this way:

The far right and the far left are holding America hostage—becoming ever more strident, uncompromising and making governance impossible. They are small in number but drive the national agenda because they are organized, because they vote, contribute to and volunteer for campaigns. In short, they show up, while the vast political center has remained on the sidelines.

Former New Jersey Governor Christine Todd Whitman feels that one of the reasons that extremists are dominating so much of the political process is that the major political parties have become more ideological and fewer and fewer people are voting.  She observed that political parties “used to be like umbrellas, where you had a central handle which was the shared core beliefs, and then you had all the spokes that held up the canopy, and those were different ways of interpreting those beliefs. But you could still have that central core.”

I’m a student of history, and I’ve been looking increasingly at the presidency of Dwight Eisenhower.  Ike was a centrist. He called his political philosophy “The Middle Way.”  He appealed to the majority of Americans by being neither a reactionary nor a socialist; neither an appeaser nor a warmonger.

Ike disliked extremists and demagogues, believing the far left and right were wrong on all political and moral issues.  He referred to the political spectrum as a bowling alley and the extremes as the “gutters” and said he was on the right track when getting attacked by “both sides.”

In his book, The White House Years, author Jim Newton noted that Ike ‘was a gentleman, not a bomb thrower.  He did not publicly insult opponents by name. He also avoided criticizing the intelligence and motives of other politicians, believing this was impolite and unforgivable.”

Times have clearly changed since the 1950’s when Ike’s Middle Way enabled  the political parties and three branches of our federal government to function productively.  However, I think Ike’s basic principles are still valid. Revisiting them could lead us away from the current gridlock that comes from the prevalent “my way or the highway” approach to governing.  I hope and pray we can find a way to regain some of the many the many advantages of Ike’s Middle Way.