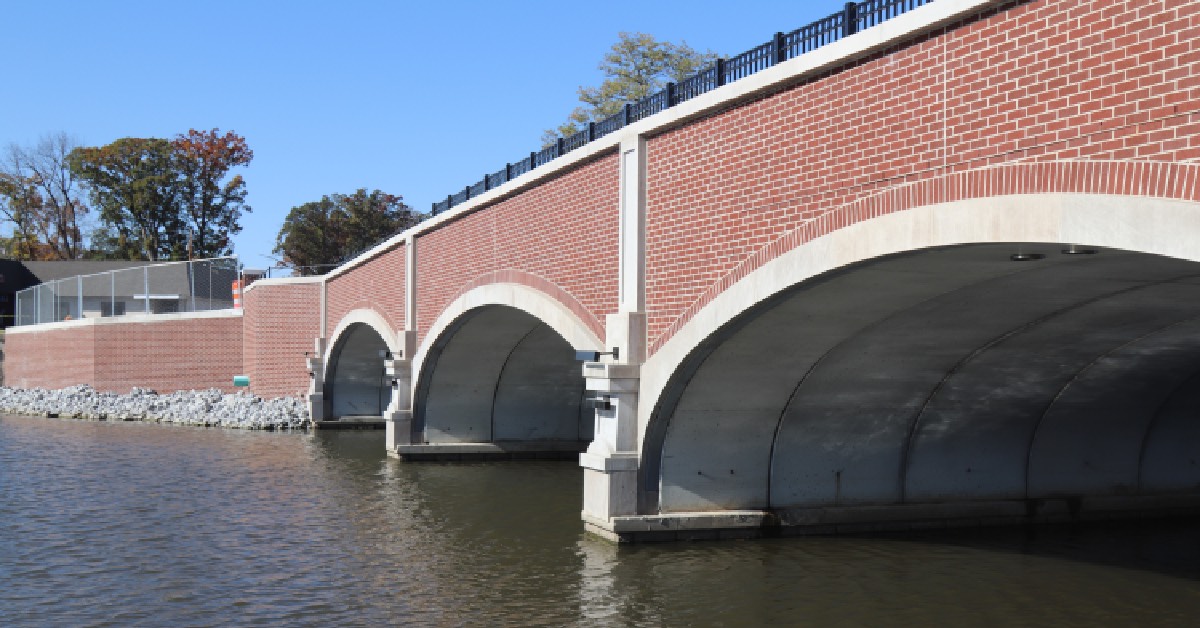 Project partners and Hobart residents gathered below the new 3rd Street Bridge for opening comments from speakers before heading to cut the ribbon on a bridge that has been in the works for nearly half a decade. Jake Dammarell, Executive Vice President at Butler Fairman & Seufert, Inc., said that the idea goes back even further than that with safety and community set as priorities.

“The concept goes way back,” Dammarell said. “It was a vision well before we started to improve access and safety on this part of the lake as well as improve the downtown environment. It started with the flooding and access concerns, and that was a lot of the driving force behind it. It stemmed into the continuing of streetscape improvements.”

Civil Engineering Transportation Manager at Butler Fairman & Seufert, Inc. Andrea Langille said that they partnered with other businesses to create this showstopper bridge and began hydraulics around 2015. The 3rd Street Bridge is neither the first nor the last bridge that has been built in Hobart.

Little Cal paid to build the railroad bridge in Hobart, and Lake County will be spearheading the new Wisconsin Street Bridge project. The Hobart Sanitary & Stormwater District, Lake County, and The City Civil District were the three main entities involved in building the 3rd Street Bridge.

Hobart Mayor Brian Snedecor said the City of Hobart started talking about building bridges about 10 to 12 years ago. While they did not have the funding capabilities when the idea was first proposed, the City of Hobart is proud to now offer the 3rd Street Bridge to its residents.

President of Hobart Sanitary & Stormwater District Bob Fulton praised the size and capability of the bridge.

“It’s about 150 percent wider and twice as high, so we can allow probably at least three times the amount of water through it,” Fulton said.

This bridge is both a beautiful community attraction and a safety measure to improve the overall livelihood of residents. Mayor Brian Snedecor is thrilled about what this bridge means for the community he serves and loves.

“As a centerpiece of our downtown, this is really a historic day,” Snedecor said. “I’m excited about it. I think this is going to bring a whole new spectrum to our downtown. I think this bridge will open up a whole new ability for the lake to have a positive economic impact on our downtown. Most importantly, it will have the ability to move rainwater through quickly and will diminish the flooding issues in the city.”

Tom Ehrhardt, who has been part of the city government for 30 years, is equally excited about what this bridge will contribute to Hobart.

“This is really an iconic bridge and it’s a credit to the community,” Ehrhardt said. “It’s something that is a photo op in every season and solves a lot of problems along the lake. It’s an asset to the city that we’re all going to treasure.”

To learn more about what is happening in Hobart, visit https://www.cityofhobart.org/.