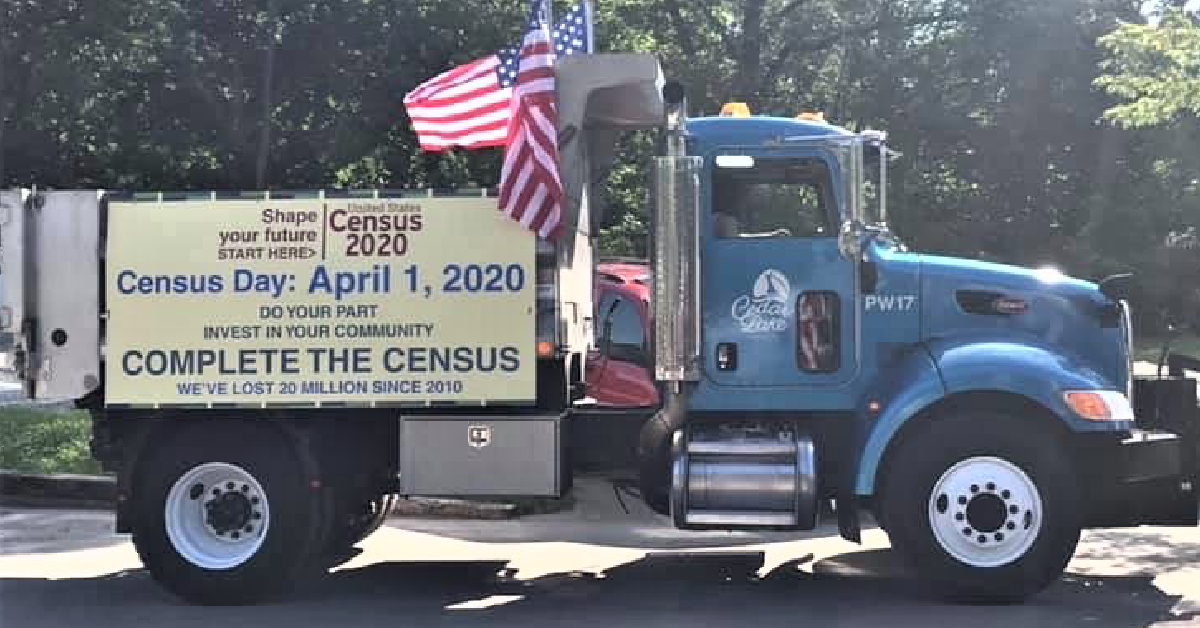 Every 10 years, the entire country gears up for something special: the census. The data collected through this widespread count is used for multiple reasons ranging from determining congressional seats to planning for hospitals and the health workers needed to staff the population. The 2020 census is about to launch and the Legacy Foundation wants you to know why it’s important to participate.

Realizing that there was a gap in organizations that could work with the Federal Census Bureau to help raise awareness of the upcoming census, Legacy Foundation decided to take up the effort.

“We serve Lake County residents on a daily basis, and this is one extra way that we can serve them,” said Maranda Fishback, Community Engagement Coordinator with Legacy Foundation. “It’s really important to raise awareness that the census is coming and inform our communities on how to respond to it.”

Legacy Foundation has received grant funds from the John S. and James L. Knight Foundation and dispersed them to several municipalities and non-profit organizations that will be working directly with the communities they serve, such as the homeless, veteran, or Hispanic communities. This individualized awareness is important in making sure that everyone’s voice is heard and everyone is counted.

The town of Cedar Lake is just one recipient of grant funds to help spread the word of the importance of taking the census. Through placemats distributed to local restaurants to social media campaigns, the town has high hopes that many will complete the census because they’ve felt the effects of a low census response rate.

“We lost $20 million dollars with the 2010 Census because only 80 percent of the community responded in 2000. We lost two Congressmen. I don’t want to lose any with this census. We’re doing everything we can to make sure we get every penny our town is worth. I’m very grateful to Legacy Foundation for the money we were granted to help spread the word,” said Robert Carnahan, Cedar Lake Town Council Member.

Being counted is important for several reasons that citizens may not even realize, as many areas of a community can be affected by the data collected during a census.

“The census data that comes from those who participate impacts our communities significantly, everything from federal funding to a business deciding where to open new stores,” Fishback said.

The census bureau sent out the first mailings the week of March 12. Residents should have received or will receive a letter in the mail, simply addressed to the residence, with a unique code for that particular address and instructions on how to complete the census online or over the phone. The mailer is important but may look like junk mail, and Legacy Foundation is urging residents to be on the lookout so they don’t miss it.

This year, the census bureau has turned to digital methods for collecting census data, and part of the Legacy Foundation’s goals is to make sure that the community knows that census participation is safe.

“Since the census bureau has taken a digital turn, there are many new things happening with the 2020 census that has not happened in previous censuses and it’s important to make sure people are aware and are on the same page,” Fishback said. “The Census is safe to participate in. Your information is completely safe.”

Everyone has their own level of comfort in the questions they are willing to answer, and the Legacy Foundation wants to make it clear that answering all questions is not mandatory. It’s better to answer some than none.

“All of the questions, except for the address, are optional. If you don’t feel comfortable answering a question, you don’t have to,” Fishback said. “The Federal Bureau needs to know the address and the number of people living there, the rest is bonus data for them.”

If you miss the first mailing or don’t respond, there will be several more mailings of the census letter. Toward the last mailings (there will be five total) unresponsive residences will receive a hard copy of the actual census (as opposed to simply a letter with a code) and encouraged to complete and submit.

The census is important on many levels and can impact your community. Make sure you participate and that your voice is being heard with this year’s census.

For more information on the Legacy Foundation, visit their website:  http://www.legacyfdn.org/

You can also find more information on the 2020 census through the Legacy Foundation website: http://www.legacyfdn.org/census.php.