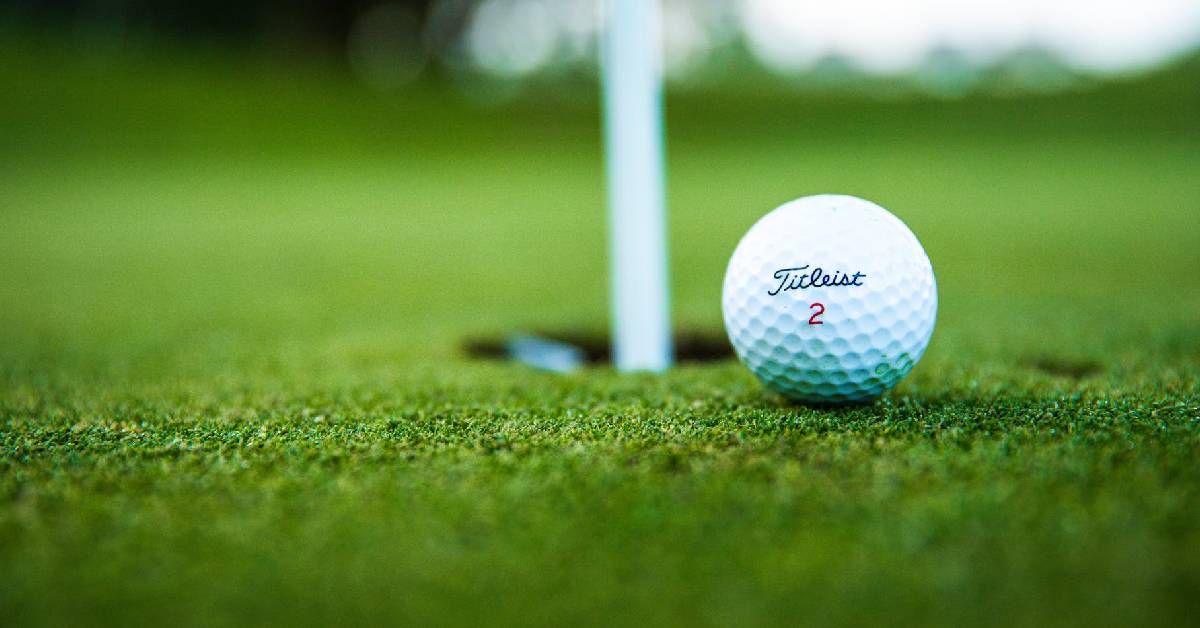 The Pokagon Band of Potawatomi and its Four Winds® Casinos are
pleased to announce that the 2020 Four Winds Invitational has been rescheduled for Friday, July 31 through Sunday, August 2 at Blackthorn Golf Club, located at 6100 Nimtz Parkway, South Bend. The tournament, which was originally scheduled for June 12 through 14, was moved to help prevent the spread and minimize the potential impact of the Coronavirus (COVID-19).

“We are looking forward to this year’s Four Winds Invitational and are grateful to our partners at the Symetra Tour and Blackthorn Golf Club who were able to reschedule the tournament,” said Matthew Wesaw, Tribal Chairman of the Pokagon Band. “We are also proud to continue our long-term partnership with Beacon Health System and support their efforts to provide the best possible care to children throughout the region.”

We are very pleased that we were able to work together and identify alternative dates on the calendar to continue for our ninth consecutive year,” said Frank Freedman, Chief Operating Officer of Four Winds Casinos.
“We are all so proud of how this event has grown and most of all how it continues to bring everyone together.”

“‘The Road to the LPGA’ does not exist without the tournament partners who host our events throughout the country,” said Mike Nichols, Chief Business Officer of the Symetra Tour. “For the past eight years, we’ve valued
the friendship and support of the Pokagon Band and the Four Winds Casinos, and are extremely grateful for their flexibility and ongoing support during these uncertain times, because without them, our athletes would not
have a place to play.”

“We value our relationship with the Pokagon Band of Potawatomi, Four Winds Casinos and Blackthorn Golf Club,” said Larry Tracy, President of Memorial Hospital and Beacon Children’s Hospital. “Now more than ever
our community partnerships are critical to Beacon Children’s as we care for our youngest patients. We are grateful that they have made the decision to move forward with the Four Winds Invitational. Their dedication
to improving the health of kids in our community should inspire us all.”
Funds from the 2020 Four Winds Invitational will be donated to Beacon Health System to purchase Centrella™ Smart+ Beds. The Smart Beds will be placed in the Pediatric Intensive Care Unit at Beacon Children’s Hospital and will improve mobility and prevent pressure injuries, which can lead to infection and increased length of stay.

Over the last nine years, Beacon Health System has received $672,500 from the Four Winds Invitational. The Centrella® Smart+ Bed is designed to help keep patients safe and simplify how caregivers work. It has advanced verbal and visual notifications and is designed with a scalable platform, providing the ability to add additional features. The mattress helps redistribute the weight of patients and also helps remove heat and reduce
moisture build-up that can also lead to skin breakdown. The beds will also assist in sitting up patients who are intubated and requiring ventilator support, which significantly improves their respiratory function and decreases the likelihood of ventilator-associated pneumonia. More information on the Centralla Smart+ Bed can be found at www.centrallabed.com.

In previous years, Beacon Health System has used funds from the Four Winds Invitational to help build a multistory building above the Memorial Leighton Trauma Center for the General Pediatrics Unit, Pediatric Intensive Care Unit, Newborn Intensive Care Unit, and Pediatric Hematology/Oncology Clinic. Funds have also enabled Beacon Children’s Hospital to purchase a pediatric ambulance, a portable ultrasound for the hospital’s MedFlight program, an incubator and giraffe warmers for the NICU, patient simulators to assist with educating and training area pediatric healthcare professionals, and power lifts for the pediatric ambulances.
The ninth annual Four Winds Invitational will feature a field of professional women golfers from around the world competing on the Symetra® Tour – Road to the LPGA®. The 2020 tournament will include 144 golfers who will play for a $150,000 purse.

About the Four Winds Invitational
The Four Winds® Invitational was established in 2012 as part of the Symetra® Tour - Road to the LPGA®, and is sponsored by the Pokagon Band of Potawatomi Indians and its Four Winds® Casinos. It is held at
Blackthorn Golf Club, located at 6100 Nimtz Parkway, South Bend, Ind. The tournament features a field of professional women golfers from around the world. More information is available at www.fourwindsinvitational.com.

About The Pokagon Band of Potawatomi Indians
The Pokagon Band of Potawatomi Indians’ sovereignty was reaffirmed under legislation signed into law by President Clinton in September of 1994. The Pokagon Band is dedicated to providing community development initiatives such as housing, education, family services, medical care and cultural preservation for its more than 5,700 citizens. The Pokagon Band’s ten-county service area includes four counties in Southwestern Michigan and six in Northern Indiana. Its main administrative offices are located in Dowagiac, Mich., with a satellite office in South Bend, Ind. In 2007, it opened Four Winds Casino Resort in New Buffalo, Mich., followed by Four Winds Hartford in 2011, Four Winds Dowagiac in 2013 and Four Winds South Bend in January 2018. The Pokagon Band operates a variety of businesses via Mno-Bmadsen, its non-gaming investment enterprise. More information is available at www.pokagonband-nsn.gov, www.fourwindscasino.com and www.mnobmadsen.com.

About the Symetra Tour
The Symetra Tour is the official qualifying tour of the LPGA Tour and enters its 40th competitive season in 2020. With the support of its entitlement partner Symetra, the Tour’s mission is to prepare the world’s best young women professional golfers for a successful career on the LPGA Tour. Since Symetra’s inaugural sponsorship year in 2012, the Symetra Tour has grown from 16 tournaments and $1.7 million in prize money to a record $4.0 million in prize money awarded in 2019. With more than 600 alumnae moving on to the LPGA, former Symetra Tour players have won a total of 445 LPGA titles. Follow the Symetra Tour on the web at www.SymetraTour.com, as well as www.Facebook.com/Road2LPGA, www.Twitter.com/Road2LPGA and on Instagram @road2lpga.

About Symetra
Symetra Life Insurance Company is a subsidiary of Symetra Financial Corporation, a diversified financial services company based in Bellevue, Washington. In business since 1957, Symetra provides employee benefits, annuities and life insurance through a national network of benefit consultants, financial institutions and independent agents and advisors. Symetra began its partnership with the Road to the LPGA in 2010 as the title sponsor of the Symetra Classic. It secured naming rights for the Symetra Tour in November 2011. In addition to its title sponsorship of the Tour, which runs through 2021, Symetra sponsors two events on the tournament schedule— the Symetra Classic and the season-ending Symetra Tour Championship. For more information about Symetra,
visit www.symetra.com.