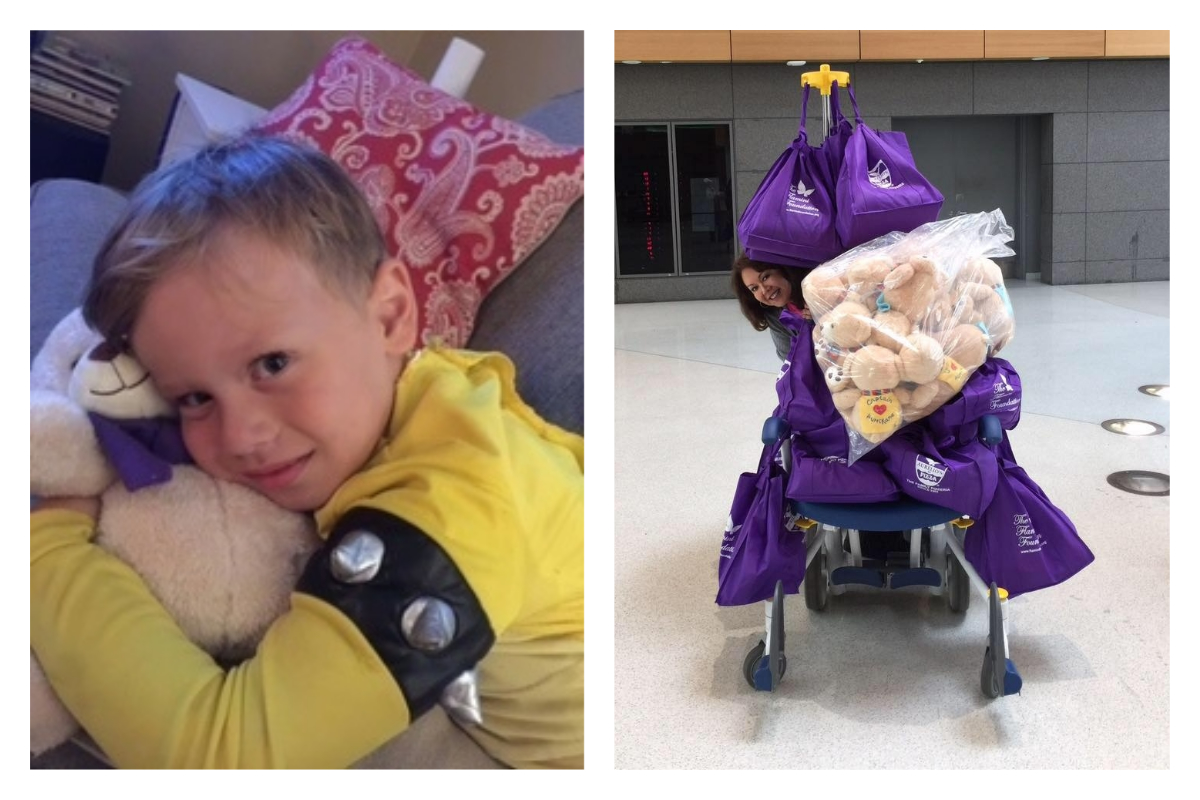 The Flamini Foundation created the Captain HurriKane bear in memory of Kane, a former patient at Rush University Children’s Hospital who passed away from a congenital heart defect at 16-months-old. Captain HurriKane bears are delivered to children who are hospitalized in Northwest Indiana and the Chicagoland areas.

Social workers and child life specialists frequently share stories of how the bears impact children and their families during their hospital stay.

A toddler boy needed a major surgical repair that required him to be airlifted out-of-state. He flew alone from Rush University Children’s Hospital to Ohio four separate times.

Flying 4 separate times from Rush University Children’s Hospital to Ohio, the boy had to fly alone. His family was not able to accompany him and drove to Ohio.

As he was loaded on the stretcher to leave Chicago, his mother ran out holding his Captain HurriKane bear. She placed the bear next to his head and told the hospital team that he could not fly without his lucky bear.

“The bear flew all four times, right next to the little guy’s head, the one familiar thing in an unfamiliar world,” said Erika, a social worker at Rush University Children’s Hospital.

The bear became a familiar presence and a token of good luck in the Pediatric Unit at Rush as well as other local hospitals.

Nicky was three-years-old when he needed a liver transplant at Lurie Children’s Hospital. Captain HurriKane was with him before and after his surgery.

“Last week, we flew another child to Cincinnati and he too had to fly alone. He wasn’t alone through, Captain HurriKane was with him all along the way,” said Erika.

The bear has since become a necessity to have aboard the plane before takeoff.

“Sometimes it is a simple little token of comfort that both kids and their parents need during a major life event,” said Erika.

The Flamini Foundation was founded in 2009 and provides support to pediatric patients and their families while hospitalized in the Northwest Indiana and Chicagoland area., visit www.flaminifoundation.com.