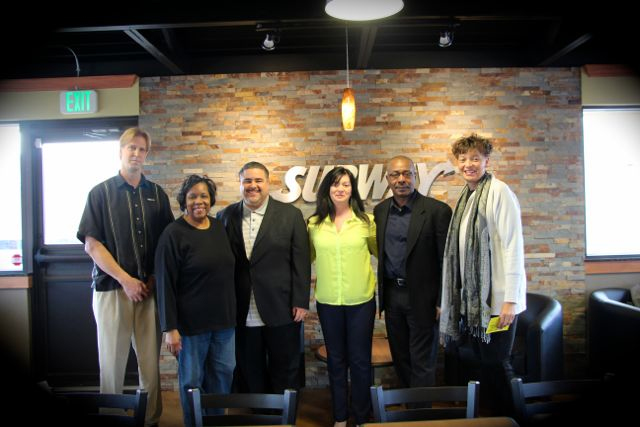 Subway opened its doors for business offering a new fresh look for the North Harbor side of East Chicago on Sunday March 9, 2014. The new eatery is conveniently located at the corner of Main Street and Columbus Drive and brings a healthy choice selection in the downtown area. Many residents who attended the opening were very pleased to have another new business here in East Chicago.

Owner Mike Downey gave the community a friendly welcome encouraging residents to support the new business. Subway, which has taken the place of a blighted corner that once was an abandoned Burger King restaurant, will be one of the focal points of Columbus Drive.

The elegant façade also offers the option of drive-thru services, a technology provided by Next Step. The touch screen operated system offers menu options in both English and Spanish. “I’m excited about the solid anchor point here in the downtown area, stated Mayor Copeland. It feels like the area is being reborn again.”

The City of East Chicago, through its Economic Development Department as well as other partnerships continue to focus on several enhancement efforts in the downtown area better East Chicago. Subway is one of the largest fast food chains and offer made-to-order submarine sandwiches.