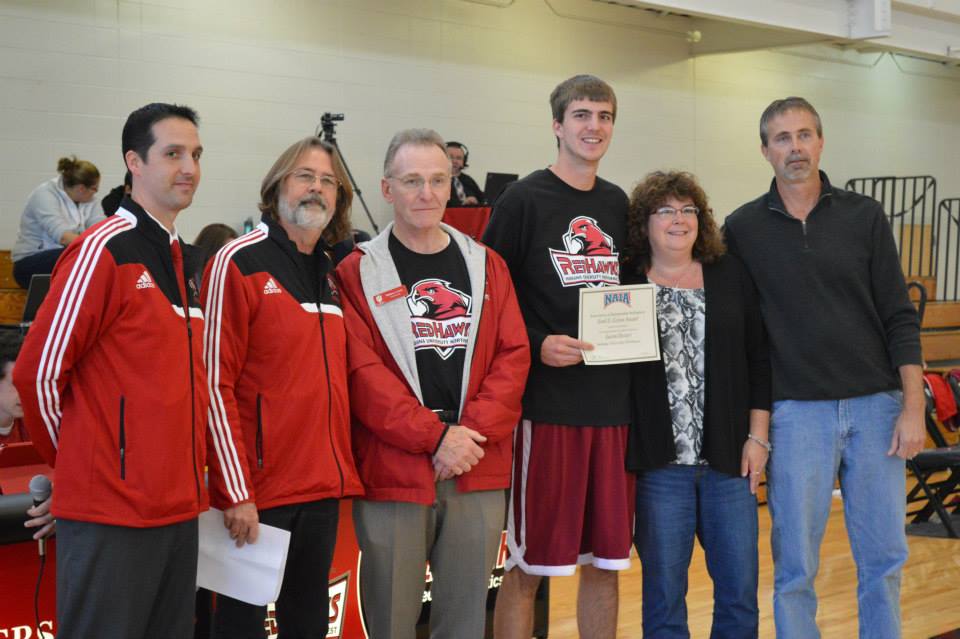 IU Northwest student Justin Dexter has been awarded the National Association of Intercollegiate Athletics’ (NAIA’s) Emil S. Liston Award. The honor, which recognizes academic and athletic excellence by junior student-athletes in basketball, was presented by Chancellor William J. Lowe at a ceremony held during Saturday’s Homecoming game. Dexter received the award as the Association of Independent Institutions’ conference nominee for the Emil S. Liston Scholarship, and was one of only 23 student-athletes nationwide to receive the honor.

During the award ceremony, Lowe stressed the potential student-athletes have to serve as role models to their peers and larger campus community, especially when their efforts in the classroom are equal to that which is put forth in athletics.

“We are well aware that student-athletes have great potential to serve as role models for our larger campus community, for both the spirit they exude and the commitment they demonstrate to their sport and the campus,” Lowe said. “However, when the energy, focus and drive one brings to his sport matches that which is exhibited in the classroom, the result is especially noteworthy. With that said, I am proud to commend one of our outstanding student-athletes, Justin Dexter.”

Dexter, a criminal justice major from DeMotte, has a 3.98 grade point average and received seven letters of recommendation for the award, including one from IU Northwest athletic director and men’s basketball coach Kris Schnatz and several from members of the faculty.