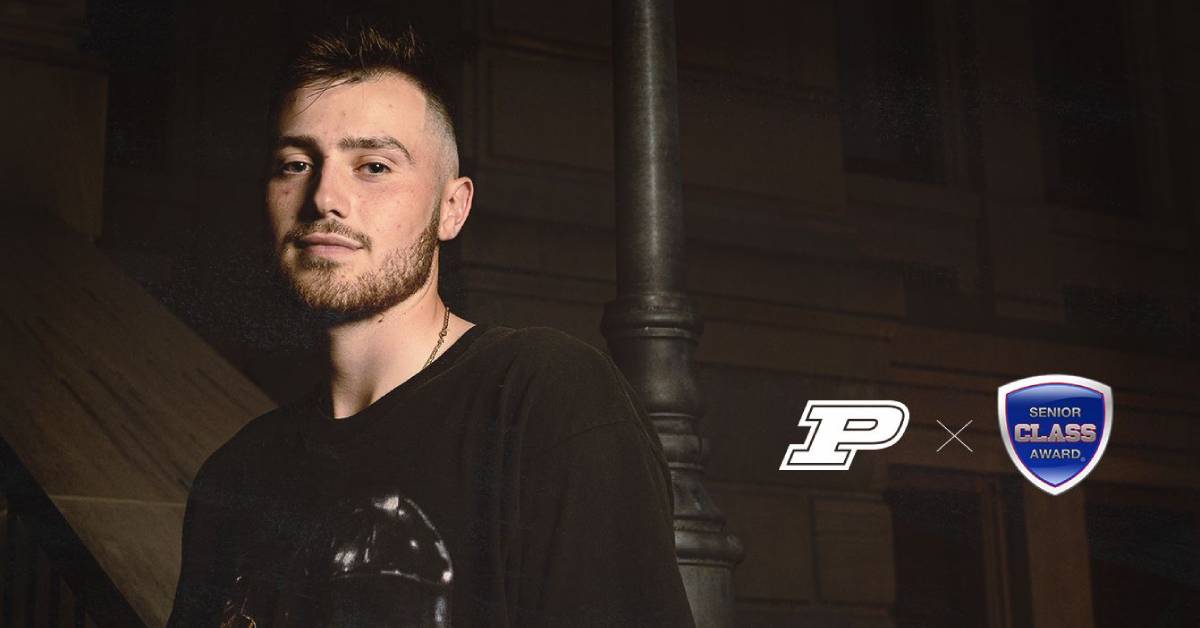 WEST LAFAYETTE, Ind. – Purdue senior Sasha Stefanovic has been named a finalist for the Senior CLASS Award, given to a student-athlete classified as NCAA Division I seniors or graduate-students and have notable achievements in four areas of excellence: community, classroom, character and competition.

An acronym for Celebrating Loyalty and Achievement for Staying in School®, the Senior CLASS Award focuses on the total student-athlete and encourages students to use their athletic platforms to make a positive impact as leaders in their communities.

Stefanovic has been an outstanding representative of the university and the basketball program during his time at Purdue. He graduated last spring with a degree in finance and is currently enrolled in graduate school in the Human Resource Management program. He was a three-time honoree to the Big Ten All-Academic Team.

Being a recruit with no high-major offers until Purdue offered in Feb. 2017, three months before his high school graduation, Stefanovic has made a name for himself on the hardwood, enjoying his best season to date in helping the Boilermakers to their first No. 1 ranking in school history. The senior from Crown Point, Indiana, is averaging 11.9 points, 3.7 assists and 2.6 rebounds while shooting 40.9 percent (63-of-154) from 3-point range this season. He tallied career highs in points (23) and assists (8) in the win over No. 18-ranked North Carolina and has made 47-of-55 (.855) free throw attempts this season.

He recently became the ninth player in school history with 200 career 3-pointers. For his career, he has 882 career points, 220 assists (career high 89 this season), 241 rebounds and 202 career trifectas.

Out of the classroom and court, Stefanovic has run youth camps in his hometown with proceeds going to charity, has been a fixture in elementary school visits and has been a vital part of a team-wide Holiday Shopping Spree for underprivileged families in the area.

The finalists were chosen by a selection committee from the list of 30 men’s candidates and 30 women’s candidates announced earlier in the season. Nationwide fan voting begins immediately to help select the winner, and fans are encouraged to submit votes online at the Senior CLASS Award website through March 21. Fan votes will be combined with those of the media and Division I head coaches to determine the winners. The Senior CLASS Award recipients will be announced during the 2022 NCAA Men’s Final Four® and NCAA Women’s Final Four®.