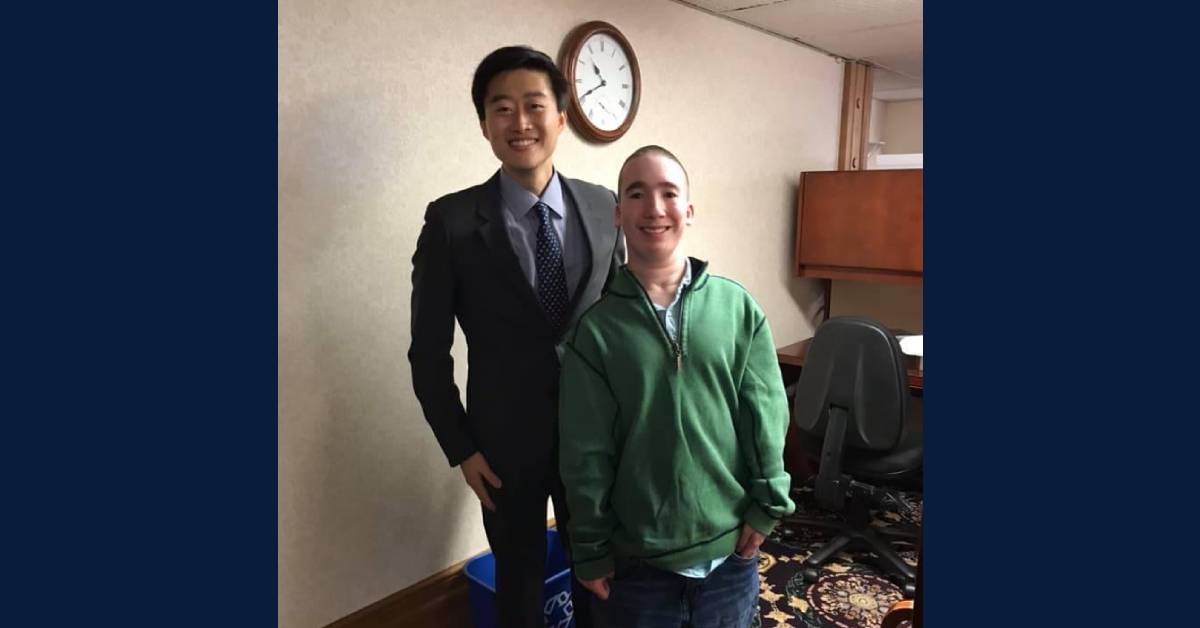 “Legislating and working across the aisle in a charged political environment such as now is a challenge that I love to take part in. I also like being able to solve problems for my constituents and demystify this political office for them,” said Chyung.

When asked what his accomplishments he has had as a state representative and he said he is most proud of our constituent services work.

“We have been able to speed up dozens of unemployment claims for constituents during the pandemic and had a record number of town halls in my first term,” Chyung said. “Voters need to keep their politicians accountable, and I’m glad to oblige.”

When asked what made him decide to run and want to be State Representative, Chyung said he decided to run because his community wasn’t being heard.

“Education funding dollars were bleeding from our school district into unaccountable schools outside of our district. Healthcare costs were skyrocketing and politicians were simultaneously taking large campaign contributions from pharmaceutical and insurance PACs and lobbyists,” he said. “We need representation for the people.”

Chyung noted that he doesn’t have any regrets and that he has defended all of his votes.

“I have coauthored several bills with my House and Senate colleagues, but I am most proud of the legislation that we were able to prevent being passed into law,” said Chyung. “Namely, I helped stop a bill that would have vastly increased interest rates on small-dollar loans for Hoosiers, and a nonpartisan group estimated that it saved Hoosiers over $150 million in excess fees.”

Chyung continues to represent the people of his district so that their voices are heard.