Concurrent with the announcement, Charlie Blum, longtime president and CEO of Star Productions, which manages and books the theater, announced an expansion of Star Production’s work in the area of artist management and talent booking, television production, event/venue talent buying, and concert presentation in other venues.

The Star Plaza Theatre will continue presenting concerts through the spring and also host special events to celebrate the venue’s history and commemorate its role in the community.

When White Lodging began analyzing its current hotel property to transform it into a larger meeting and training facility, it was determined that the aging structural challenges of the hotel necessitated the rebuilding of the structure. The same structural concerns also impacted the theater building. After much deliberation, Blum and the rest of company’s core management team reluctantly concluded that to rebuild the theater to meet the needs and expectations of contemporary artists and audiences would not only be cost-prohibitive, but also would not fit on the revised property footprint.

“It is with a heavy heart that we have come to the conclusion that the Star Plaza, which has been a cultural mecca for Northwest Indiana and Chicago area residents since 1979, must close its doors. We anticipate that the building will in the future have significant age-related structural challenges that would ultimately require a complete rebuild,” said Blum. “We all recognize what the theater means to our community, and of course, it has played a huge role in my life, and the lives of my dedicated, hard-working staff.”

“I am as saddened by the closing of The Star Plaza Theatre as Charlie is,” added White Lodging Services Corporation Founder Bruce White, who also serves as Chairman of the Board. “The theater has always been successful, thanks to the hard work of Charlie and his team, and in fact, this most recent season was one of our most successful in our history, which makes this decision to raze the building even harder. I know how much it has meant to the community, our patrons from throughout the Midwest, and so many in the entertainment industry during its 37 years of operation, and I personally have spent countless hours enjoying incredible performances at the theater.

“While we recognize that closing the theater will leave a void, we are confident that when one looks at the long-term positive impact the new hotel will have, the future benefits to the community are tremendous. By closing the theater, we make way for a state-of-the-art hotel, meeting and training facility that will be a tremendous economic driver for the larger Northwest Indiana area, attracting business travelers and tourists and guaranteeing good jobs.” 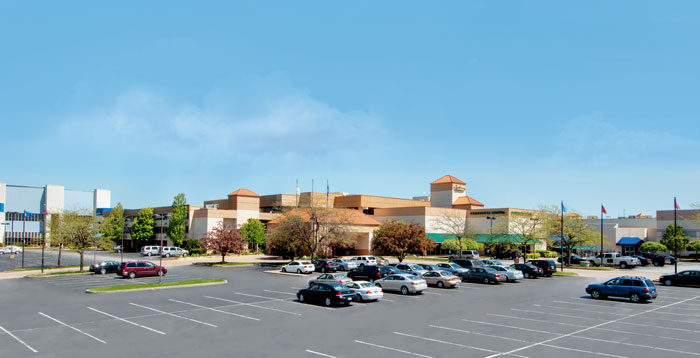 A Longtime Showcase for the Best in Entertainment
The Star Plaza opened in 1979 as the Holiday Star Theatre with a concert by Donna Summer, and has been in continuous operation since. While based in Indiana, it attracted many fans from other areas, including Chicago, due to its hotel and dining options. When the Holiday Inn on the property was converted to a Radisson Hotel, it was renamed the Star Plaza Theatre.

The list of comedians who have played the venue includes Bob Hope, Jay Leno, Jerry Seinfeld, Ellen Degeneres, Richard Pryor, Rich Little and Tim Conway. The venue has also hosted the best of Broadway, including “Annie,” “Chicago: The Musical,” Camelot,’’“Dreamgirls,” “Grease,” “Lord of the Dance,” “Phantom of the Opera” and “The Sound of Music.”

The most frequent act to have played the theater is the Oak Ridge Boys, which brought its distinctive country sound to the venue for 37 consecutive years. A Salute to the Sixties, featuring acts including Herman’s Hermits, The Buckinghams and the Grass Roots will play the venue for the 26th time in January 2017, and “Sesame Street Live” has delighted families at the theater for 37 years.

Star Productions Next Chapter
Charlie Blum has been associated with the theater since 1981, initially as a consultant in his position of Vice President of Marketing for the Nederlander Organization. He was officially named the president and CEO of Star Productions in 1989, succeeding Bruce White. One of his first staffing decisions was to hire Mark Bishop, who was named general manager. Bishop recently celebrated his 25 years in that role, and will continue to work with Star Productions moving forward.

While the theater was one of the most visible components of the company's initiatives, Star Productions is known as a major promoter of concerts and events nationwide.

Blum and Star Productions also recently started an artist management and television production division. Most notably, he developed the career of former “Jersey Boys” cast members as they formed a retro group named Under the Streetlamp, which has toured North American for the past four years. Blum served as Executive Producer of the group’s three PBS specials, with their latest set to debut at the end of August, followed by an extensive tour. He also is coproducing, along with Connecticut Public Broadcasting, a three-part docu-series entitled “Harmonies4Healing” which is slated to air in spring 2017.

With the closing of the theater and the continued strong financial backing of White Lodging, Blum will be seeking out opportunities for national tour promotion, venue booking services and finding the right opportunities for acquisitions and/or partnerships in the entertainment industry. White Lodging Services Corporation was established in 1985 and is headquartered in Merrillville, IN. White Lodging is a fully integrated hotel ownership, development and operations company focused on developing and operating premium-branded hotels in growing urban markets across the United States. The company is a recognized leader that has defined and cultivated the ability to achieve consistent, sustainable growth among mid- to large-scale hotels. White Lodging has developed over 125 premium branded hotels over the last 25 years and its current managed portfolio consists of 166 hotels in 19 states including representation of the following leading brands: Marriott International, Inc., Hilton Worldwide, Hyatt Global, Starwood Hotels and Resorts, Preferred Hotels & Resorts and InterContinental Hotel Group.