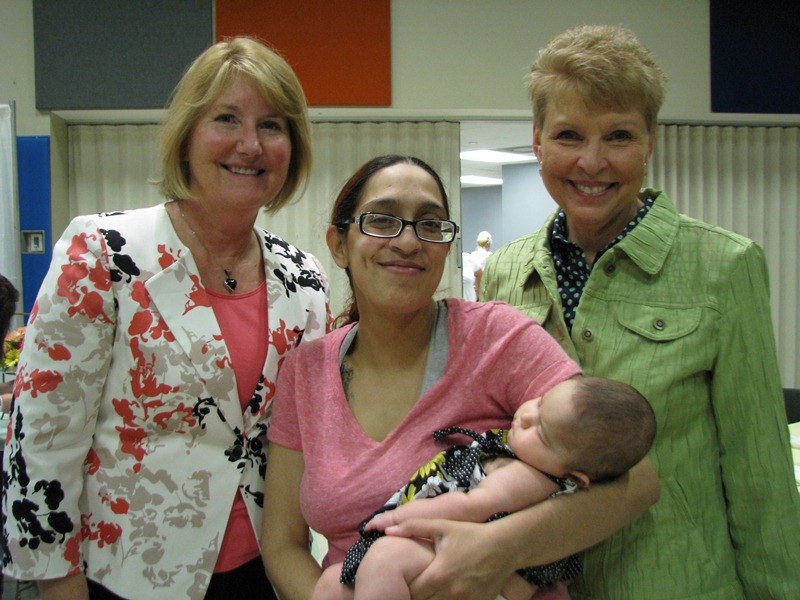 Helen Haddad had high praise for St. Monica Home during a recent, first High-Tea fundraiser to benefit the program, which serves as a haven young mothers and mothers-to-be.

“I really love the staff; there were so kind and encouraging. They are like a second family,” said Haddad, who spent approximately three months at St. Monica while pregnant last year. She was able to leave in late November and had her daughter, Annabelle, in January.

Haddad, who recently planned to move to Chicago from Hammond, said she came to St. Monica from a residence in DeMotte where a family took her in after she had spent time at St. Jude House in Crown Point. That came after a disagreement with her mother led to her leaving their home in Munster, she said.

“I was in cosmetology school in Chicago and living in DeMotte made it difficult to get there. St. Monica Home took me in, though I was a little older than the girls they usually take in. They encouraged me, they gave me confidence, to finish school and drove me to and from the train station every day so I could do that.”

Haddad said the staff also helped her reconnect with her mother, and now, “we talk every day and she helps support me and the baby.” 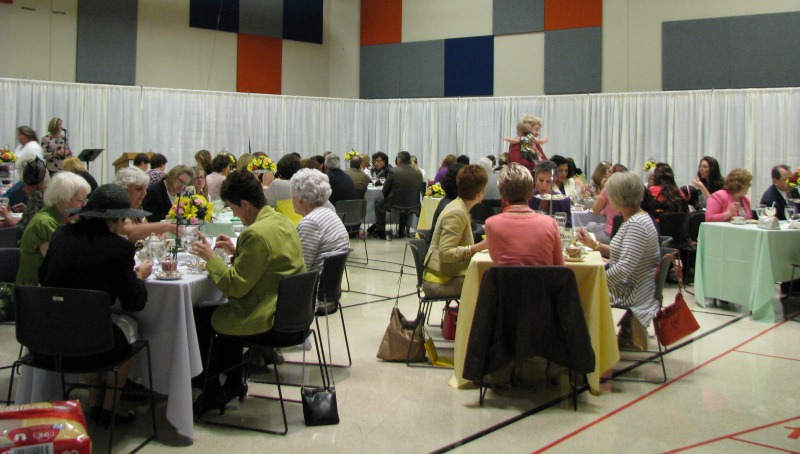 St. Monica, which was established in 1994 on the Franciscan St. Margaret Health-Dyer campus, offers a medically sound and emotionally healthy residential environment for women aged 12 to 21, who are awaiting the birth of a child or who have recently given birth. Residents, whose average length of stay is nine months, learn positive relationships and parenting skills under the guidance of experienced resident advisers.

Tony Englert, regional executive director of the Franciscan Alliance Foundation, had the idea for the High Tea, and asked board members, among them Shar Miller, owner of Prompt Ambulance, and Carol Highsmith, a Centier Bank senior partner, for assistance. Hospital employees also were asked to participate.

Attendees paid a $35 admission fee and were asked to donate baby items.

“We filled the Frances Ward Auditorium at St. Margaret in Dyer with some 90 guests who brought an assortment of gifts that filled two large tables,” Englert, said, adding those included such items as clothing, diapers, strollers, baby bottles and other necessities.

Englert said the “amazing response” also came from contributors who donated $100 or $200 to the program, far above the admission price. Silent auctions also were conducted and all told the event, which Englert said will take place annually and hopefully will be double the size of this year’s, raised more than $7,000.