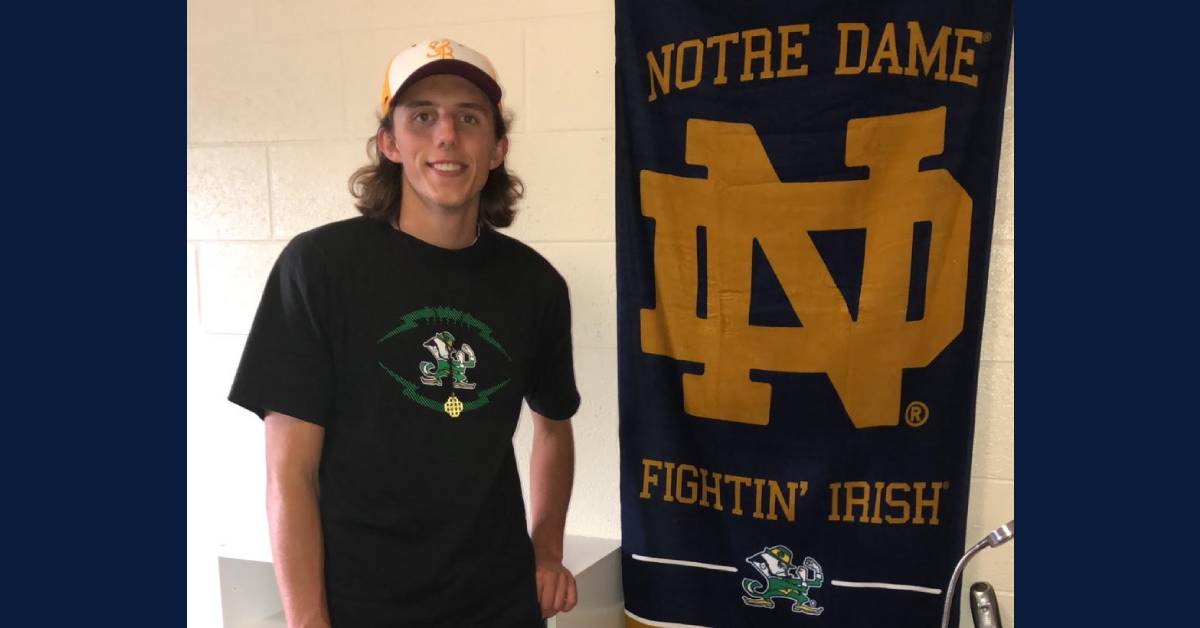 Joey Prasco graduated from Saint Mary Catholic Community School in 2014, attending from Junior Pre-K to 8th grade.  Joey currently attends the University of Notre Dame and is majoring in Mechanical engineering with a concentration in Film, Theater, and Television. His areas of interest include manufacturing, theme park design, and green construction as well as writing short stories, plays and short films.

Joey had many favorite activities when he was at Saint Mary’s.  He said, “Obviously the best activity is recess! Even the 5 or 10 minutes you got as you got older. Sometimes it can be hard to get outside at all these days with school and work and all, but when we had to go outside it always became enjoyable.”  Joey also said, “the best recess baseball players in the region went to St. Mary’s.”

Joey relayed, “myeducation at St. Mary’s definitely made me into a go-getter.  I had a lot of teachers who believed in me which helped me believe in myself, that I could achieve whatever I put my mind to. Has it always worked out for me? No. But I’d never know if I didn’t try and I’ll credit that spark to my time at St. Mary’s.”

After graduating from St. Mary’s, Joey attended Andrean High School where he participated in everything he could: 4 years of football, 3 years of golf, 2 years of basketball, 2 years of theater,  and 1 year as a baseball manager.  In addition to all of these activities, Joey was a part of the quiz bowl team, national honor society, and Spanish club.

When Joey was asked about his favorite teacher, he showed his sense of humor by answering, “I know a trick question when I see one! Every teacher is my favorite teacher and to any of my past teachers that might be reading this: it was you (but let’s keep that just between us).”

Joey still keeps in touch with several of his St. Mary’s friends.  He said, “it helped that several went to Andrean with me, but I actually know a few that have come all the way to Notre Dame with me (small world). One of the craziest things was when I was sitting on campus and a girl came over and said “hey are you Joey Prasco” and I said “yeah” and as it turns out she recognized me from all the way back in grade school! We hadn’t seen each other in what? 6 years? Pretty crazy.”

Joey said the most special part of the St. Mary’s experience is the people. The students, the teachers, and the staff all played the largest role in making St. Mary’s what it was and what it still is today.  Joey summed up by saying, “If I had to do it again, I would still go to St. Mary’s.”