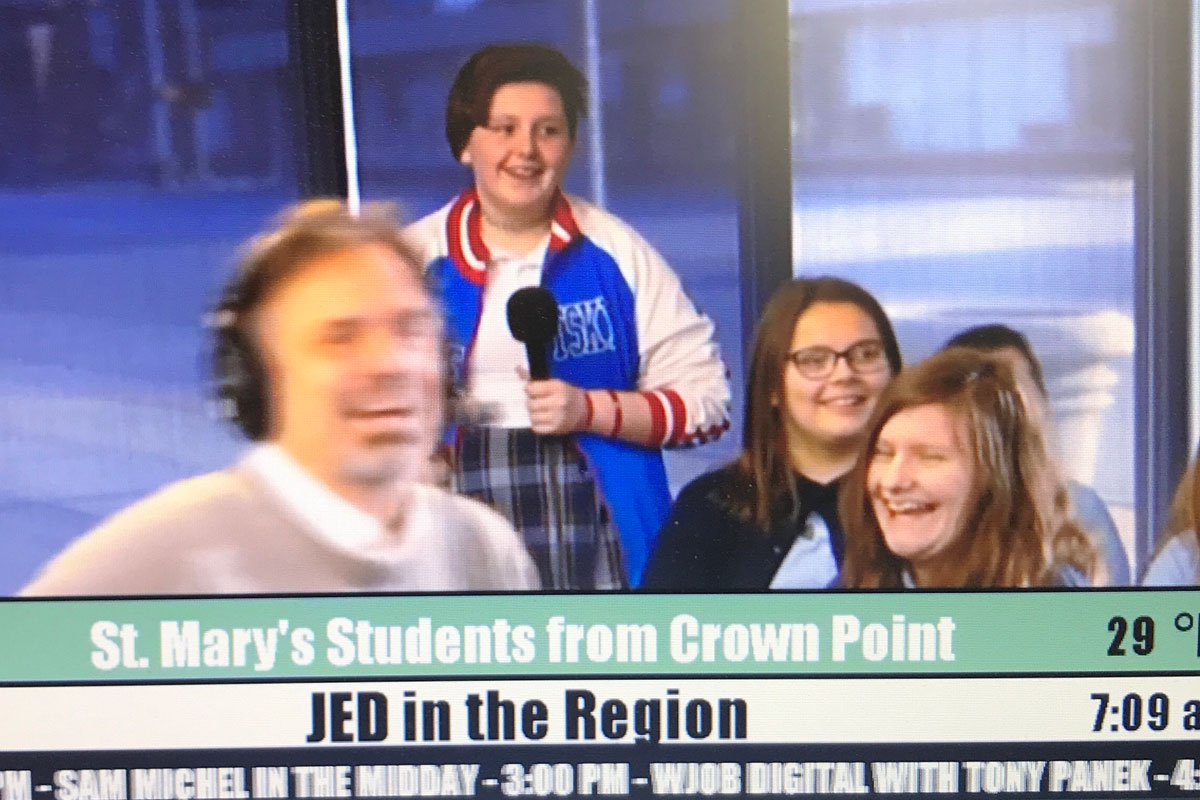 On Tuesday April 17th, St. Mary Catholic Community School of Crown Point, took their WSMW News crew to WJOB radio studios. (WSMW is a student driven news show that airs daily at St. Mary's Crown Point.) WJOB (1230 AM or 104.7 FM) is located within the Purdue Northwest Commercialization Center in Hammond, IN and has served as the “voice of The Region” since 1924. Morning Show host and owner, Jim Dedelow not only invited the WSMW crew to watch a portion of the morning show with regular Tuesday guest Verlie Suggs, but asked the crew to be a part of the show. WSMW anchor Drew Thorn said, "We joked beforehand that we were going to make our radio debut today thinking that it wouldn't happen, but it actually did! It was so awesome to be interviewed on the radio." Not only did all 11 members of the crew get a chance to talk live on air, but the entire interview was streaming live on WJOB’s Facebook page. "It was really neat to see a radio station have a Facebook live stream, it's like we were on a TV show as well" said Allision Helton. 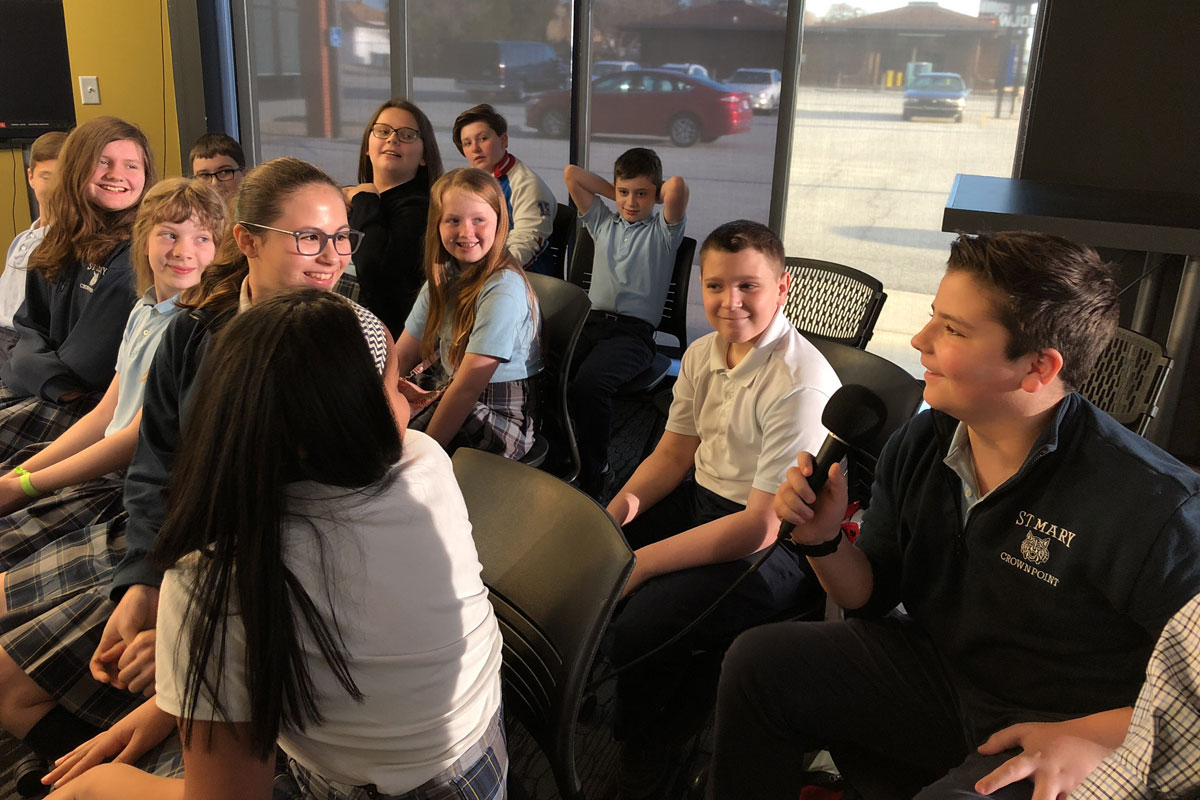 The biggest surprise came when the St. Mary Students were asked to stay for an interview with local radio legend Pete Marzano. This provided an amazing opportunity for Mr. Marzano and Mr. Dedelow to answer all the student's questions about radio and how to begin making a career out of their interest in media. Teacher and WSMW moderator Anthony Pagorek said, "This was an amazing opportunity for our students to see how modern radio stations work as well as see all the needs and demands that go into the production of a show. I think it really opened up their eyes to some new potential interests or career paths. The WJOB staff was very welcoming hosts and gave our crew an unforgettable experience." 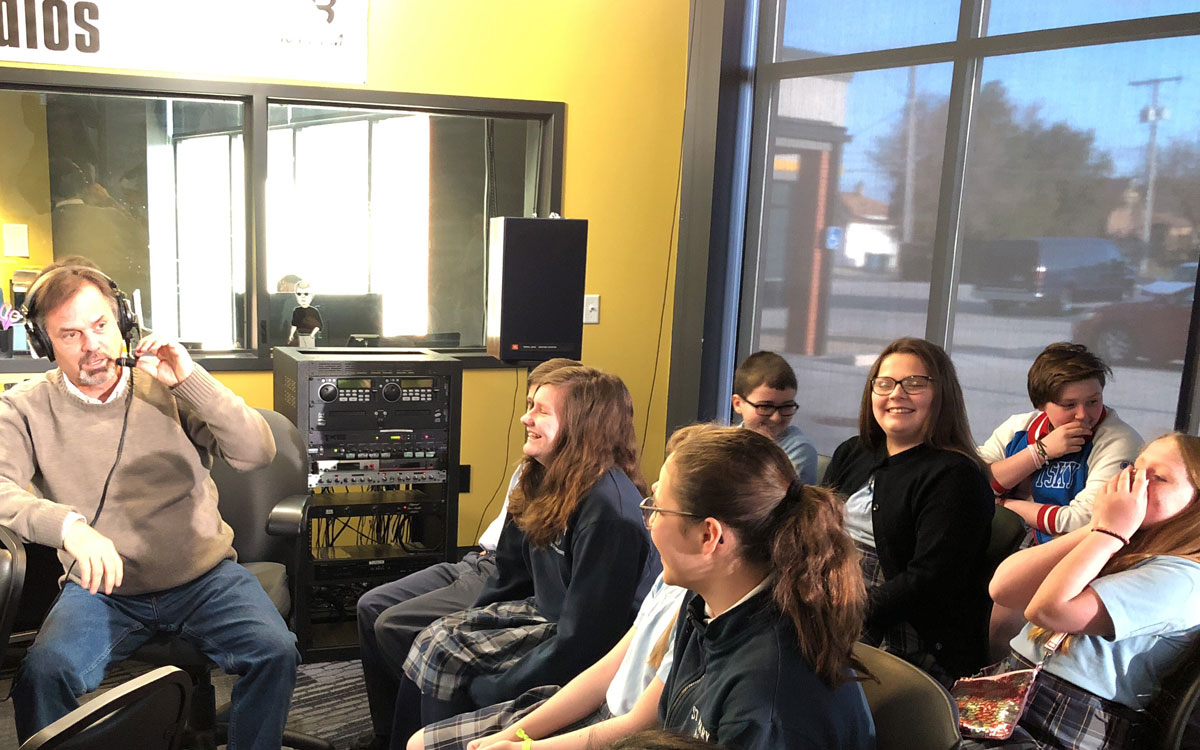