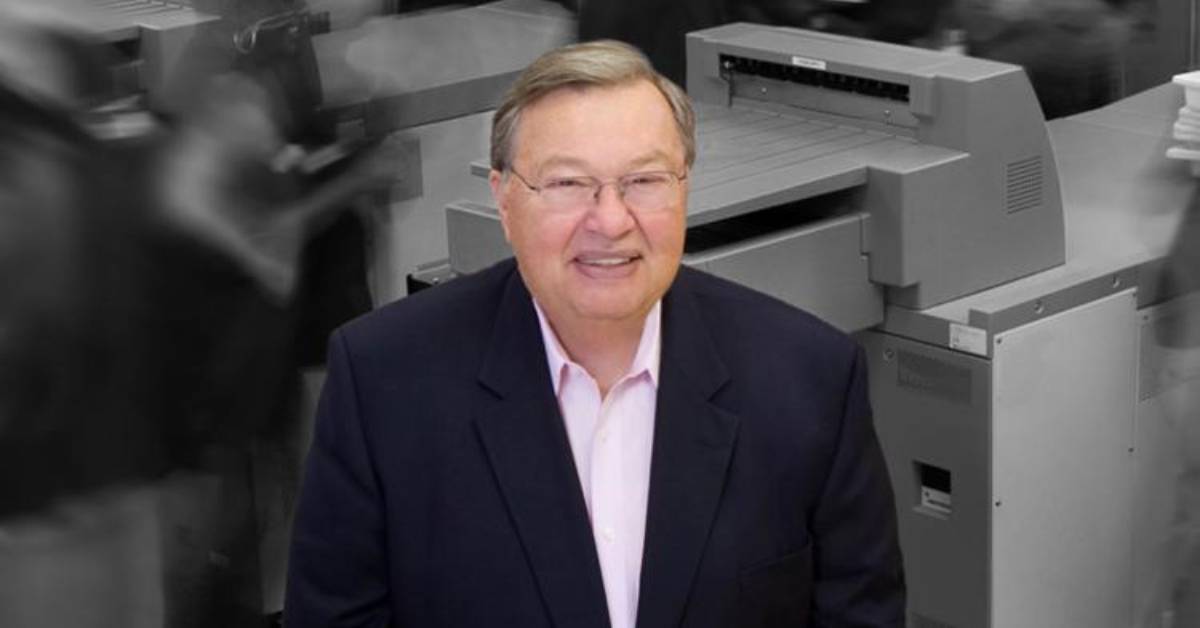 Each year, thousands of individuals suffer from domestic violence, many of them stuck in a vicious cycle with no one to turn to for help. In the fall of 1995, a glimmer of hope was created for those experiencing domestic violence in Northwest Indiana with the establishment of St. Jude House Family Violence Prevention Center and Shelter (SJH) in Crown Point. The completion and opening of SJH has been a dream come true for many individuals and their families who seek refuge from their abuse, and it began with the vision of one man: Crown Point businessman Donald J. Burrell.

In bringing his vision of SJH to life, Burrell completed a promise he made to St. Jude, the patron saint of those in need or desperate situations. At the beginning of his career, Burrell was taking on his own personal business venture, using funds earned from selling his car to start a darkroom in the basement of the Gary diocesan office. Burrell promised that if St. Jude helped his business to become successful, he would do something to honor the saint.

That basement business became known nationwide as Burrell Imaging (also known as Burrell Professional Labs), a renowned professional color-processing laboratory. In its heyday, Burrell Imaging served wedding and portrait photographers nationwide, employing more than 1,000 people at its photo labs. After 57 years in business, Burrell closed it and retired in 2016.

When his business was thriving, Burrell knew he wanted to follow through on his promise to St. Jude. He reached out to Sister Joseph Marie Zenda, OSF with the Franciscan Sisters of Chicago, and this partnership brought St. Jude House to life. For the Franciscan Sisters of Chicago, St. Jude House expanded their mission of caring for the young, the sick, the disabled and the elderly, which stems from the founding of the order in Chicago by Mother Mary Theresa Dudzik 125 years ago.

“Sr. Joseph Marie had enough foresight to buy in with us on this project which became St. Jude House,” Burrell said. “Knowing what St. Jude House is now is unbelievable! Sister and I could never have foreseen that St. Jude House would serve more than 13,000 people over these past 24 years.”

The building of SJH was a true community effort. Many individuals and businesses in the community donated materials and services in order to help lower construction costs and demonstrate their support of the project. When the final coats of paint dried and the doors opened for business, St. Jude House was the first shelter in the State of Indiana to publish its address. This was done in recognition of the fact that victims of domestic violence are more likely to access a shelter’s services if the shelter is visible. The founders also wanted to bring awareness to the community at large that domestic violence impacts the whole community.

During its first two years in operation, St. Jude House operated primarily from community donations and funds given by the Franciscan Sisters of Chicago. Presently, the nonprofit receives more than 20 grants, executes two major fundraising events annually, and is still very dependent upon community donations and support from the Franciscan Sisters of Chicago for operations.

“Many dedicated individuals have served on the St. Jude House staff and the board of directors and many community members are loyal volunteers. Without them, the caring, compassionate and comprehensive services offered by St. Jude House would not be possible,” Burrell said.

“Thousands who have called or come to St. Jude House for help are indebted to the vision of Don Burrell and the Franciscan Sisters of Chicago and their perseverance to make this shelter happen,” said Ryan Elinkowski, director of St. Jude House. “It is my honor to be part of carrying this mission forward.”

To learn more about St. Jude House, the services they offer, or to contribute to their cause, visit https://www.stjudehouse.org/ or contact Ryan Elinkowski at relinkowski@stjudehouse.org. Like their page on Facebook—facebook.com/stjudehouse/.