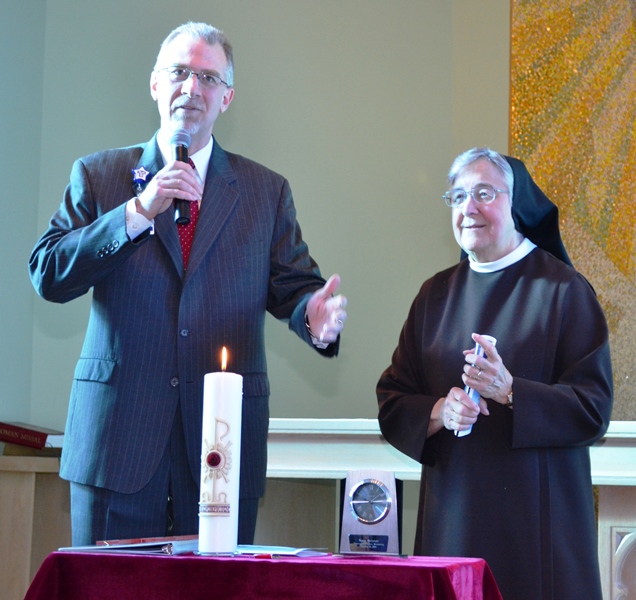 Dean Mazzoni, new president and chief executive officer of Franciscan St. Anthony Health-Michigan City, addresses a packed house in the hospital chapel on Jan. 19, following a Missioning Ceremony that officially recognized and installed him in the new roles. He is shown with Sister Jane Marie Klein, chairwoman of Franciscan Alliance, who presided over the program, during which Mazzoni vowed to uphold the Franciscan Alliance values and mission.

He also received from Sister Jane Marie numerous symbols of that mission, including a San Damiano crucifix, Franciscan Alliance’s articles and bylaws, the day’s roster of patients, a clock that represented the time and energy involved in fulfilling his mission; and a lighted candle that symbolized Christ’s healing ministry. 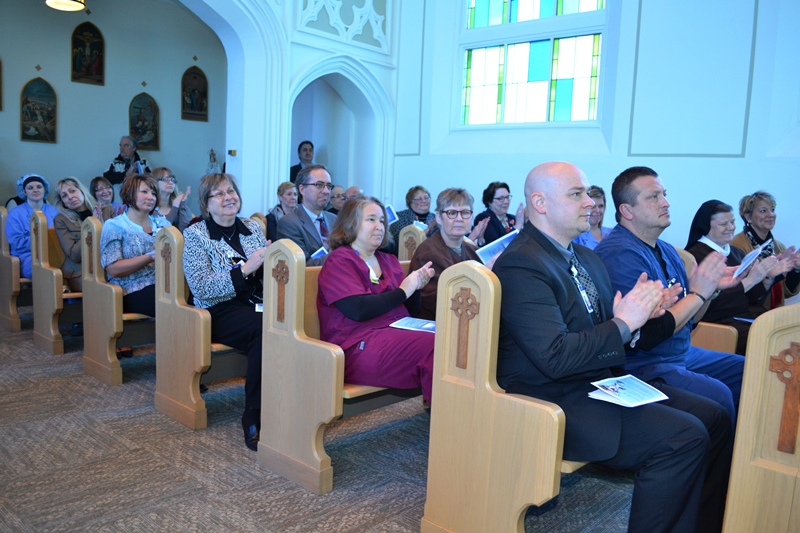