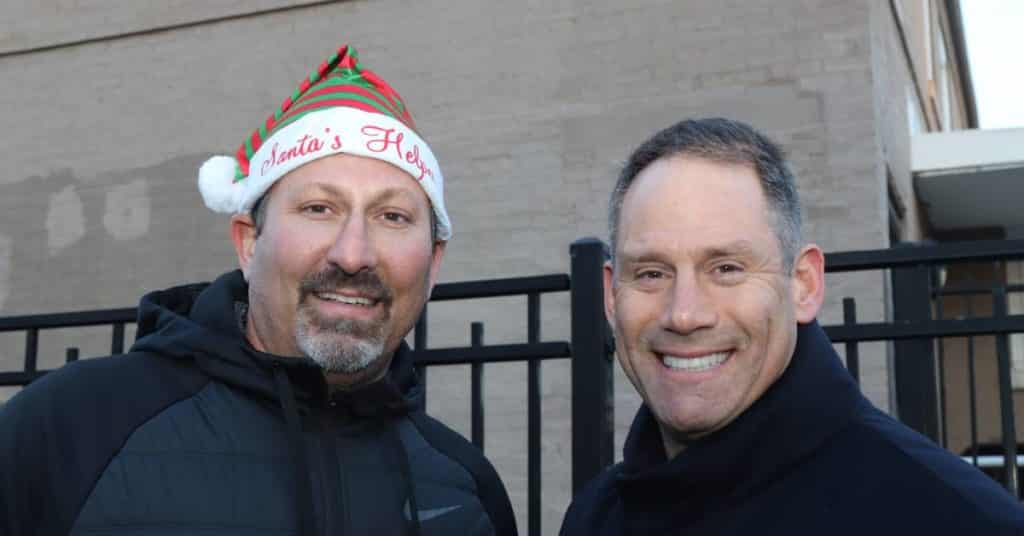 Most people from the Region can identify Kevin Rowe, founder and principal of Lerner and Rowe Injury Attorneys. Northwest Indiana residents know him by his recognizable visage on billboards, standing beside founding partner Glen Lerner. Or they may remember him volunteering with the Lerner & Rowe Gives Back initiative to provide supplies and services to those in need, or hanging out with kids during after school programs. Rowe cuts a confident, trustworthy figure, and his assurance draws you in so much that you’re memorizing that phone number chanted at the end of their commercials —[708-] 222-2222!— even if you don’t have reason to call it.

What people don’t realize at the outset, though, is that Rowe’s confidence and capability come from a deep-seated belief that people deserve to be treated fairly. Life deals a lot of unfair hands, and Rowe is one of the few people who challenges himself to help even the score.

“When people ask me why I got into the field, it’s a simple answer,” he said. “I really want to help people.”

Rowe didn’t initially grasp the extent of his desire to help, and how to channel it into a career path, until he was in pursuit of a different one.

“Growing up, the legal field was not in my vision,” he said. “I thought it’d be great to just pursue business. My dad was a loan officer in the banking industry, and I always had it in my head that I’d follow a similar path.”

During Rowe’s freshman year of college, he took a business class and learned two important things: 1) Studying business didn’t come to him as naturally as he thought it would, and 2) He didn’t feel a pull toward it. He kept recalling the career of another role model in his life.

“I had a girlfriend in high school, and her dad was an insurance attorney. What always stuck out to me was his genuine care for his clients, especially when I heard him talking to them. He doesn’t have that loud baritone voice you picture an attorney having, he was really soft-spoken and nice,” Rowe said.

He had such an influence on Rowe that Rowe worked for him when he came home from his university for holidays and summer breaks.

“I got to see things a lot of people didn’t see up close in the ‘90s, things that required a lot of work and still inform my career today. I got to thinking, why not go to law school?” he recalled. “I really enjoy this, I enjoy helping people. Why not make that into my career?”

And so he did, with his mentor serving as a guide.

“I modeled a lot of my undergrad career after him, and after graduating, I had a choice to go to several different law schools. I chose his,” Rowe said.

“After law school and getting offered a job, I was kind of burned out,” he said. “I got really involved in fundraising for high school and junior high recreational sports teams. Down the line, in mid- ‘98, a colleague of mine introduced me to Glen [Lerner].”

Lerner was in the midst of opening his own firm, Glen Lerner Injury Attorneys in Las Vegas.

“Glen said, ‘You want a job?’ and I said, ‘Great! I would love a job!’ I was thrilled that the owner of this company gave me an offer himself, that I was going to work alongside him in his office. I thought, this is great! Little did I know, that owner was just starting out,” Rowe said.

Relocating from his home in southern California to Las Vegas, Rowe was surprised to arrive not at a corporate office, but a rented, makeshift one.

“I think our rent for the office was like $600, we had four people working with us, and the walls didn’t even go all the way up to the ceiling,” he said, laughing.

Staking a claim in a city already teeming with established firms was a challenge. But roughing it gave Rowe and his new partner the opportunity to perfect their goals, mission, and practice.

“It was definitely a humbling learning experience, but I wouldn’t change it for anything, I can tell you that,” Rowe said. “Having to do everything from scratch, you have to learn the business from top to bottom, and Glen and I learned it all together. Twenty-two years later, we’ve come a long way.”

Now the Lerner and Rowe offices, officially established in 2005 and rebranded to Lerner and Rowe Injury Attorneys in 2019, cover ground in six different states and employ more than 460 associates.

“Our stellar team really needs to be recognized. Their drive across the board creates a bonding experience for the firm, and their stewardship helps establish that same level of service from state to state,” Rowe said. “The Lerner and Rowe family works hard and matches the vision we set out to accomplish years ago.”

The Lerner and Rowe vision is simple, and is personal to Rowe’s commitment to helping.

Sticking to that vision required some rethinking when it came to putting it in action.

“I’ll tell you what I tell attorneys who have just started practicing. When you go to law school, they teach you a lot about the basics of law theory. What they don’t teach you is the business of law—how to run a law business,” Rowe said. “You can’t tell anyone to do anything. You provide guidance, but you can’t tell them what to do.”

“Speaking from experience, I think that’s tough for attorneys at first,” Rowe continued. “They just finished their degree, they passed the bar, they think they know what’s best. The truth is, we know a lot about this field and what we can do to help you navigate it along the way, but at the end of the day, it’s their [the clients’] decision.”

Even when Rowe isn’t helping his clients navigate those decisions, he enjoys making a difference in the lives of those who most need it. Years ago, he formed a tradition with his young daughter, who’s now 19. From the time she was 3, she and Rowe would go pick out a present to donate to a child in need during the holidays.

“I wanted her to understand that we’ve been blessed, and it’s our civic duty to help others where we can,” Rowe said. “At the time we were starting out, we didn’t have much money. I wasn’t earning much at that point, and we would pick out a bike every year for someone else, but not for her because we couldn’t afford it. But I wanted her to make giving to others become a habit, and I wanted that for myself, too.”

Every year, as Rowe made his way, the donations became more and more plentiful. In 2009, Rowe moved to Phoenix and started Rowe Family Foundation. He saw even more opportunity to give back through his position with the Lerner and Rowe offices, which by now had begun gaining name recognition and success. He founded the nonprofit foundation Lerner and Rowe Gives Back. The foundation serves the communities Lerner and Rowe serve by providing direct benefits and support to the needy. Lerner and Rowe Gives Back also provides secondary support myriad other philanthropic organizations to compassionately improve the lives of the homeless, the hungry, the abused and sick, and even four-legged friends.

“Every single penny raised through our Lerner and Rowe Gives Back events goes back to those in the community,” Rowe said. “And something I always like to remind others of is that you can help people by donating your time and energy. It doesn’t always have to be money. That’s why we host so many fundraisers like walks and runs, events that get people together with other people and to raise money through a communal experience and time spent together.”

Hearing the warmth in Rowe’s voice, it’s clear that helping is his passion. Even now, in these unprecedented times, Rowe said, he and his team are actively trying to give back where they can. Just one example is through a social media giveaway that benefits people who need assistance due to the effects of COVID-19.

“We’re just trying to bring a little extra love, positivity, and light to others these days. But that’s our goal all the time!” Rowe said.

Rowe is a husband, father, and sports and fitness enthusiast, and those are facets of his identity as much as being a professional helper.

“At the end of the day, it’s this: We’re always open, we’re always here to help people, and we’re always ready to fight for the little guy,” Rowe said. “I’m very proud of who we are, where we are today, and that commitment we’ve made good on, 22 years later and counting.” 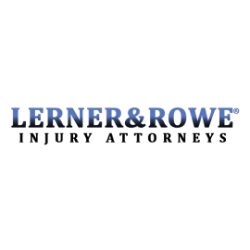