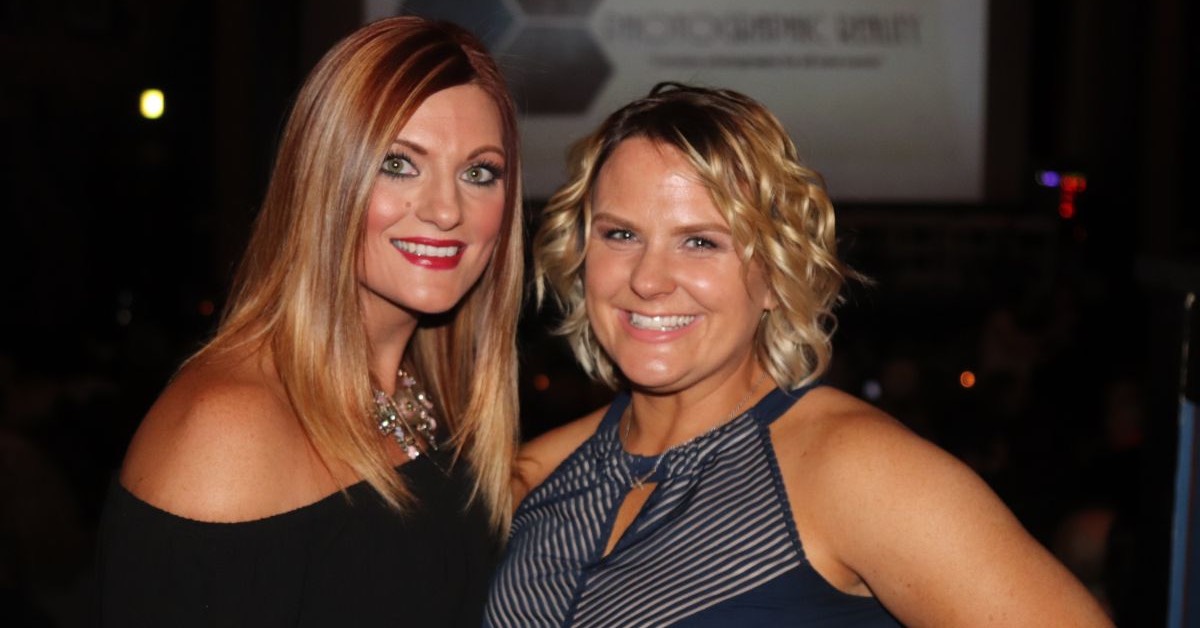 A litter of unruly children rushed the stage, causing a ruckus of inappropriate noises and flying stuffed ponies as Listen to Your Mother’s Emcee, Mike Martinez, tried his best to wrangle them in. Of course, if daddy can’t do it, mama can. Producer Carrie Bedwell used her strongest calm-down voice to hush the energy to an acceptable level so that the show could begin.

Those children, turned out, were presenters for the evening and went on to take turns and share their stories of motherhood in all its forms highlighting the fears every mother faces, the strength every mother needs and the compassion mothers have for each other.

Listen to Your Mother, a series of live readings by local writers about motherhood, originated in Madison, Wisconsin, when Ann Imig created the event for her community. It was a big hit in her bloggers circle, and soon non-local friends were asking her to put on the show in their towns. Instead, Imig suggested they host their own version. This year, Listen to Your Mother will run in 10 different cities.

This is the seventh year that Northwest Indiana has hosted a show, which has been previously held at the Memorial Opera House in Valparaiso.

“There’s a big renaissance going on here in Hobart, so I wanted the followers of the show to get to see what we have going on here,” Bedwell said of Saturday's event, making it's premier at the Hobart Art Theater. “I love bringing people together to tell their stories. Someone in the audience needs to hear that story to know they’re not alone.”

This is Bedwell’s second year producing the show, and she hopes to continue as long as she can.

This year, Bedwell ran a Facebook contest that selected Hannah’s Hope as the local not-for-profit that would benefit from the proceeds of Listen to Your Mother. This partnership is a natural fit.

“Hannah’s Hope was founded by a mother, and now we get to listen to these great stories of motherhood,” said Mike Martinez, Co-Founder of Hannah’s Hope.

Martinez was the emcee for the event, representing Hannah’s Hope, but he was also selected to be a presenter. This was a surprise for all who attended, including Martinez’s wife, Mary. The big reveal happened on stage, as Martinez returned to the microphone after Bedwell announced the top-secret code name by which he was billed: Marty Patrick.

“Carrie thought I was going to be funny,” Martinez said of his audition, “but I went the opposite direction and was totally serious.”

The show was a bit of an emotional rollercoaster. Some presenters told of overcoming great hardship, some joked about the scary things that happen when life doesn’t turn out exactly how they’d planned, and one had to explain why your kid might ask you about those certain “oh no I’m not ready to have this talk” words that your child has learned on the playground.

This ride is what keeps the audience coming back.

Christine Witt, Valparaiso resident, was in attendance for her third time and excited to see her niece on stage as a performer.

“I enjoy myself every year. I’ve always had a good time,” Witt said. “I listen to the stories and they’re always so emotional. They’re funny, and they make you cry.”

Rachel Myers of Wheatfield, Witt’s niece, started the tradition of attending the show with her mother in 2012.

“It grew into a group thing with my aunties and cousins,” Myers said. “I always wanted to write a story, but I didn’t know what the story would be. This past Christmas, my story wrote itself. I hope it will resonate not just with people who are in the same boat as me but apply to anybody.”

A number of performers cited facing the fear of public speaking as a primary reason they auditioned in the first place.

“Even though I’m an English teacher, I decided to try it out to get over my fear of speaking to large adult audiences,” Bedwell said referring to her first performance in 2014. “I was scared to death when I was up there, but I fell in love with the audience reaction.”

“I’m really excited for her,” said James Swearington, attending his first performance of Listen to Your Mother in support of his wife, Ideas in Motion Media’s own Stephanie Swearington. He said her audition was kind of a spur of the moment decision, “but she wanted to push herself. She’s actually really great at public speaking.”

Noting that Swearington had refused to share her story with anyone before revealing it on stage, James said, “I’m sure it will be interesting.”

The show was full of interesting and surprising stories indeed! Mike and Mary Martinez opened the show by thanking the audience for supporting Hannah’s Hope and explaining the origin and mission of the charity: helping children with special needs.

From there, each presenter performed their personal story: “Bloom, Sprout, Flourish” by Kelly McGuire; “Queen B” by Carrie Bedwell; “The Backup Mom” by Mary Lu Cowley; “Working Mama” by Stephanie Swearington; “I am Listening” by Marty Patrick (Mike Martinez); “Geriatric Mom” by Carri Ables; “I Love You with All of My Pancreas” by Rachel Myers; “The Gift of the Scar” by Celeste Chapko; “Empty Nest” by Patty Cowser; “To Whom It May Concern” by Melissa Sickinger; “We Had a Plan!” by Paul and Bennet Gallivan; “It’s Simply Who I Am” by Rhonda Janowski; “Mating” by Jaimie El-Talabani.

As the evening drew to a close, the cast took their bow, raffle winners were announced, and Bedwell put out the call for the next Listen to Your Mother.

If you would like to write and tell your story, keep an eye on the Listen to Your Mother Facebook page in January for audition times. If you are looking to start a fun Mother’s Day tradition, be sure to attend the event next year for another original Listen to Your Mother.