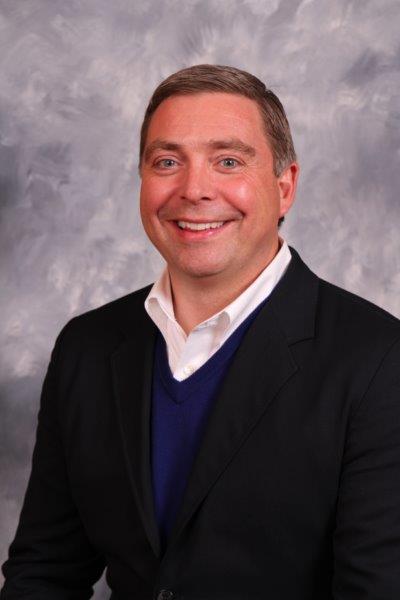 The South Shore Leadership Center (SSLC) Board of Directors has announced the appointment of current SSLC board member Thomas Stevens as its interim president and CEO. Stevens began his interim role Sept. 1 and will remain in that role while the SSLC conducts a search to find a permanent replacement for Keith Kirkpatrick, SSLC’s outgoing president and executive director.

Kirkpatrick, who announced in June that he would be leaving the SSLC to pursue other professional and personal opportunities, had led the SSLC for 13 years. Kirkpatrick will serve in an advisory capacity to the Center and facilitate LNI and SLYCE sessions during the transition. The SSLC offers its signature programs, Leadership Northwest Indiana (LNI) and the South Shore Leadership Youth for Community Engagement (SLYCE) Program.

“On behalf of the Board, I want to thank Keith for his significant contributions and many years of service. During his tenure, the SSLC has initiated and enhanced leadership programs that have had a positive impact on the leadership base throughout the region,” said SSLC Board Chair Kris Falzone. “The Board as well as the more than 1,200 LNI and SLYCE alumni appreciate Keith’s dedicated service to the Center and his leadership in developing successful programs designed to improve the quality of life in northwest Indiana.”

Falzone added that the Center has expanded the role of Michelle Searer and affirmed her position as Vice President. In this role, Searer will continue to direct the center’s marketing and fundraising efforts, supervise all staff and manage its daily operations.

Stevens, who is the director of Internal Communications at Northern Indiana Public Service Company (NIPSCO) and has been a SSLC board director for two years, will lead the Center’s staff to ensure its mission to “Build Leadership Capacity for Northwest Indiana” continues during the transition.

Additionally, Stevens will work with the SSLC Board to evaluate and hire the Center’s future senior leader and guide the team through the process of clarifying and refining a longer-term strategic vision, evaluating new opportunities, and strengthening the financial base of the Center. A selection process is underway for the organization’s new senior leader with a projected timetable to fill the position by June 2016.

“The board members and I are confident that during this interim period, Tom will ensure the SSLC moves forward with the great work and initiatives already underway,” Falzone added. “Tom will continue to collaborate with the board, staff, alumni and the community to ensure we are fulfilling our mission and meeting the needs of our constituency groups. He is a strong and proven leader who has been a valuable member of the South Shore Leadership Center board.”

Stevens, who has also chaired the SSLC’s Leaders as Heroes awards event, was tapped for the role following a two-month selection process led by a committee of board members, who met with multiple leaders in the community interested in furthering the mission of the SSLC.

Stevens is an award winning communications professional with two decades of experience in corporate communications, public affairs and media. Prior to joining NIPSCO in 2010, Stevens worked as a communications professional for Exelon Corporation and its subsidiary companies, ComEd and Exelon Nuclear. Prior to coming to NIPSCO, Stevens was the executive editor of The Journal-Standard in Freeport, Ill., and held several reporting and editing positions at The Times of Northwest Indiana. He also served as the Chief of Public Affairs for the 126th Air Refueling Wing, an Illinois Air National Guard unit formally stationed at O’Hare International Airport in Chicago. He earned a Master’s of Science degree in Journalism from Northwestern University (Evanston, Ill.) and a Bachelor of Arts degree in Journalism from Eastern Illinois University (Charleston, Ill.). He currently resides in Crown Point, Ind.