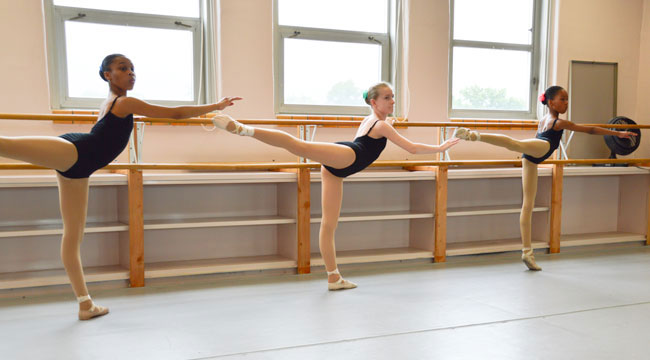 Garland and Gardner both began their dance careers at Gary’s Emerson School for the Visual and Performing Arts under SSDA Founder, Executive Director Larry Brewer. The pair performed together while in high school, winning IHSDTA (Indiana High School Dance Team Association) ensemble and solo championships while at Emerson.

Garland continued her training at Ballet Chicago, Alvin Ailey, the Debbie Allen Academy, and majored in Dance at Wright State University in Dayton, Ohio. She is currently a dancer for the Bloc Agency in Los Angeles where she performs regularly with Helene Fischer in Germany on television and stage. She has also performed with Disney and for the Cee Lo Green “Loberace” show in Las Vegas. She will be residing part time in Northwest Indiana.

Gardner received a scholarship during his junior year at Emerson for Ailey School in New York City. He is currently a company member of the Alvin Ailey American Dance Theatre, based in New York City. He was also a scholarship student at Ballet Chicago and Deeply Rooted Dance Theatre. He had an internship at the Martha Graham School of Contemporary Dance. In 2012, Gardner was honored with the key to his hometown, Gary.

Executive director Brewer is proud to welcome his alumni home to work as co-artistic directors, to continue the quality of training for the next generation South Shore Dance Alliance students.

A gala is planned for this fall for the public to meet Garland and Gardner.

For more information about SSDA or to register for lessons, visit www.southshoredance.org or call the studio at 513-9368.