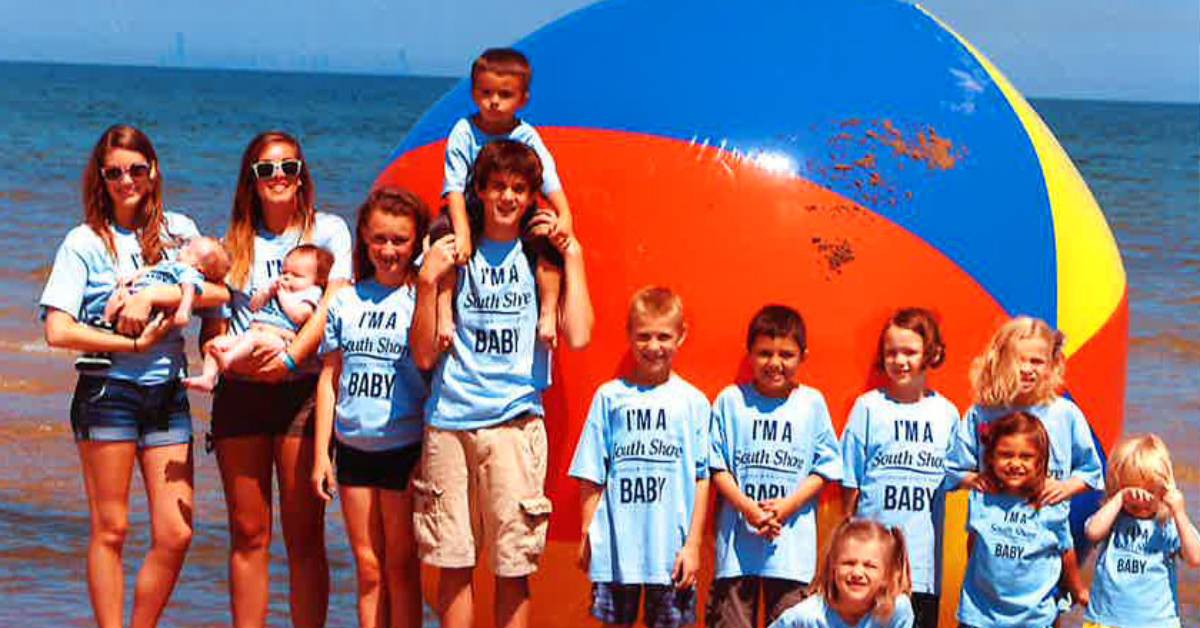 The hardest part about being a working mother is leaving a newborn baby at home and going back to work. Spero Batistatos, President and CEO of South Shore Convention and Visitors Authority, understood this and wanted to make it easier for moms working in his office. This led him to introduce a program that would allow new mothers to bring their babies to work with them.

Fifteen children have gone through the program in the last 22 years and the program has seen all benefit and no concern. It’s a program that, according to both Batistatos and employees, creates a closer bond between co-workers and has a positive long-term effect on the children involved.

Batistatos created the in-office childcare program back in 1997 when his number two at the time, Cathy Hricik, started her family and realized that her only option was to quit her job at the CVA to stay at home with her newborn.

“I said, ‘Why don’t you just bring her to work? You have your own office, just bring in a crib, she’s only a month old and they don’t do that much’,” Batistatos said. “It was that off-the-cuff moment that started it—it was an expression of loyalty to my team.”

While it might be the case that Batistatos started the program because he didn’t want to lose an incredible talent in Hricik, he knew that taking care of his employees beyond the paycheck trumped everything else. Which is the reason most of his team have been with him for 20 years or more.

“When you help people and their families in that way, it becomes very personal and becomes less about compensation,” Batistatos said. “Our people don’t leave—their talent is known far and wide, but they don’t leave because they know there’s more that goes on here than just numbers and a paycheck.”

Batistatos knows how to run a business and keep his employees happy. It’s the sense of family and flexibility that allows his workplace to thrive.

“I wish more employers would figure out how to do this,” Batistatos said. “I’ve seen the value for our organization, it has incredible benefit and builds incredible loyalty because it’s an area that, as an employer, I can very demonstratively show my loyalty and support for my people.”

The in-office childcare program’s original mom, Cathy Hricik, could not agree more with Batistatos, and was thankful that she could continue working without distraction.

“When you’ve got your child somewhere else, you really don’t think much about work, you always think about if they’re taking good care of her,” Hricik said. “It was such a peace of mind for me that there was no distraction, that if I needed to make a phone call or was busy doing something, there was someone in the office willing to hold a cute little baby.”

“Most people think that a baby in the office is going to be so distracting, but it was quite the opposite,” Hricik said. “My productivity level didn’t decrease, but had she not been in my sight for those first three or four months, at some daycare somewhere, then I think my productivity level would have suffered.”

Hricik and the rest of the family moved to Connecticut when her firstborn, Carolyn, was three. But when Carolyn graduated college, the family moved back to Crown Point and Spero welcomed them with open arms—along with a job for Carolyn.

“Coming back 20 years later, walking through the door felt like home,” Carolyn said. “It’s truly a family there.”

For more information about the South Shore CVA, visit www.southshorecva.com.