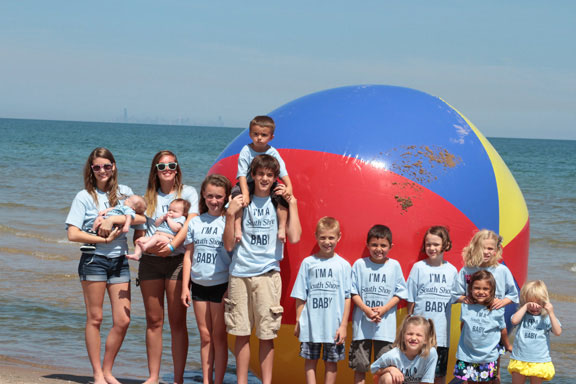 The South Shore Convention and Visitors Authority has been celebrating 30 years of leading the hospitality and tourism industry throughout the month of July with their 30 Stops in 30 Days campaign and announcing the 30 Faces of Tourism. In addition to the campaign and recognizing the 30 Faces of Tourism, the organization hosted an anniversary party at Marquette Park in Miller Beach on Saturday, July 13.

The South Shore CVA brought out past and present members of the board of directors, as well as past and present employees, to enjoy a barbecue, games and music while celebrating the organization’s accomplishments and those who have been a part of the success. 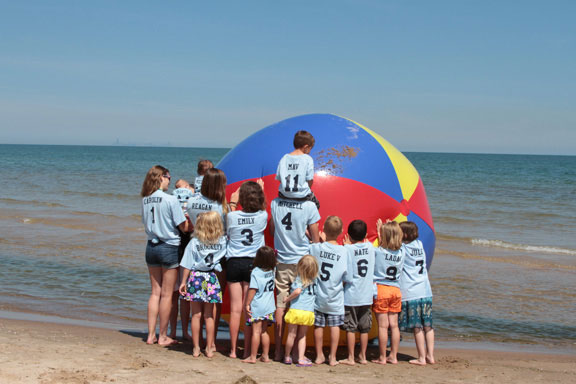 As part of the celebration, each child who has gone through the In-Office Child Care Program, a program that allows employees to bring their newborn to work for the first few months of the baby’s life, was in attendance. Sporting “I’m a South Shore Convention and Visitors Authority Baby” t-shirts, the "babies" were all part of a commemorative photo shoot. To date, 14 babies have gone through the program, with the oldest being 16 years old and the youngest being five weeks old.

Current South Shore CVA employees lined up during the party to present Holderby with charms, each representing the South Shore tourism industry, while it was explained that Holderby has collectively worked with members of the organization for more than 122 years during her 20 year career with the bureau.

Duda presented Holderby with a U.S. Army Parachute Team Golden Knights mahogany baton, honoring her for her dedication to the parachute team throughout her years working on the South Shore Air Show.

The South Shore Convention and Visitors Authority will be continuing their 30th anniversary celebration until the final stop at the Indiana Welcome Center. Beginning at noon on July 30, a grand finale Rube Goldberg Machine ™ will award a $2,000 Family Express gift card grand prize by selecting the winner of the 30 Stops in 30 Days contest.

For more information on the 30 Stops in 30 Days campaign or the 30 Faces of Tourism, visit www.alongthesouthshore.com/30.