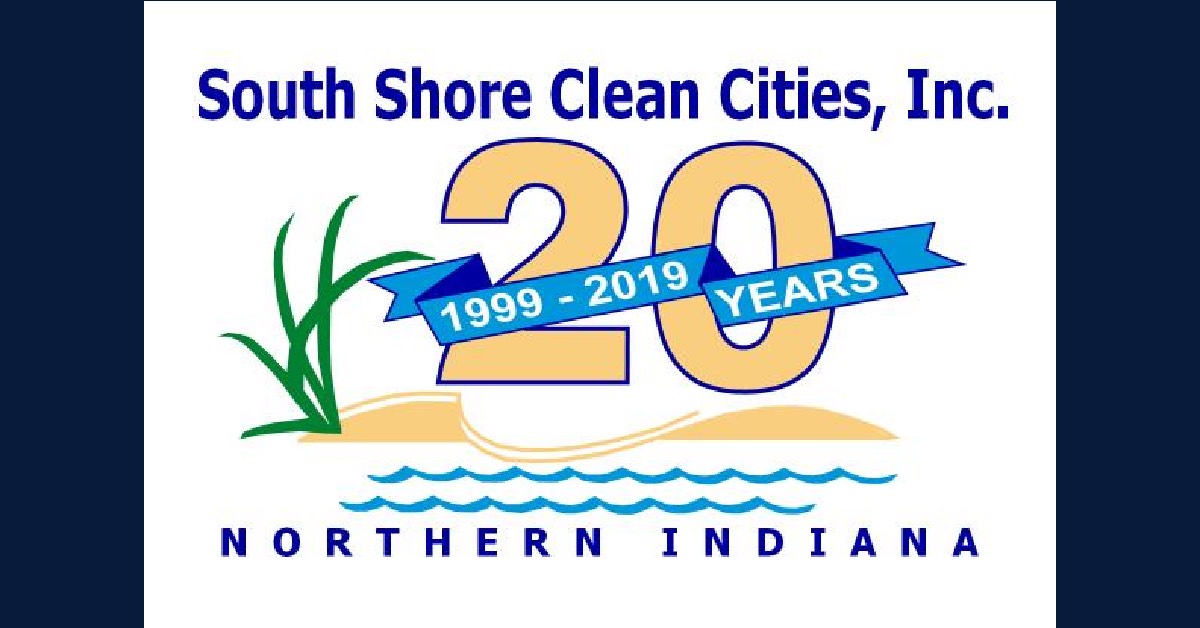 South Shore Clean Cities is celebrating 20 years this month and its leaders are taking a look back on the successes of its members and partners over the past two decades.

“We are thrilled South Shore Clean Cities has reached the 20-year milestone,” Executive Director Carl Lisek said. “This achievement is not about us or our staff, but about the many successes of its members and partners along the way who have played a role in improving the quality of life for those who live, work and play in Northern Indiana by embracing sustainable transportation fuels, vehicles, equipment and energy options. We thank them for their dedication and look forward to their continued successes.”

The coalition initially covered Lake, Porter and LaPorte counties in Northwest Indiana under the leadership of the first two coordinators, Liz Williams and Deb McClelland-Parker.

The coalition has seen tremendous growth in the last 20 years. South Shore Clean Cities now covers 18 counties in roughly the northern third of the state of Indiana and membership is now five times the level it was in 2005.

South Shore Clean Cities lives its mission through education and outreach, training, grant writing and funding acquisition, project management and the development of stakeholder partnerships. In November 2018, South Shore Clean Cities was honored at the National Clean Cities Coordinator Training Workshop for having the most outreach events of any of the nation’s nearly 100 Clean Cities coalitions. The organization has also assisted its members in successfully acquiring an approximate $90 million in grant funding since its inception.

Among the projects led by South Shore Clean Cities are:

In the last decade alone, South Shore Clean Cities members have reduced greenhouse gas emissions by 607,000 tons and reduced the number of gasoline gallon equivalents by 93 million gallons. That is the equivalent of removing 175,500 passenger vehicles from the road for one year and eliminating the use of nearly 2 million barrels of oil.

The amount of greenhouse gas emissions members have reduced in just the last decade has increased substantially as well, from 2,461 tons in 2009 to 151,210 tons in 2019.

Both Carl and Lorrie Lisek were inducted into the U.S. Department of Energy’s Clean Cities Hall of Fame in 2015. They were both also honored by the late U.S. Sen. Richard Lugar as Indiana Energy Patriots in 2007.

The business casual event will feature heavy hors d’oeuvres and a cash bar. Registration is required and is available online at https://conta.cc/2W6Dbf6. For more information, contact South Shore Clean Cities at (219) 644-3690.