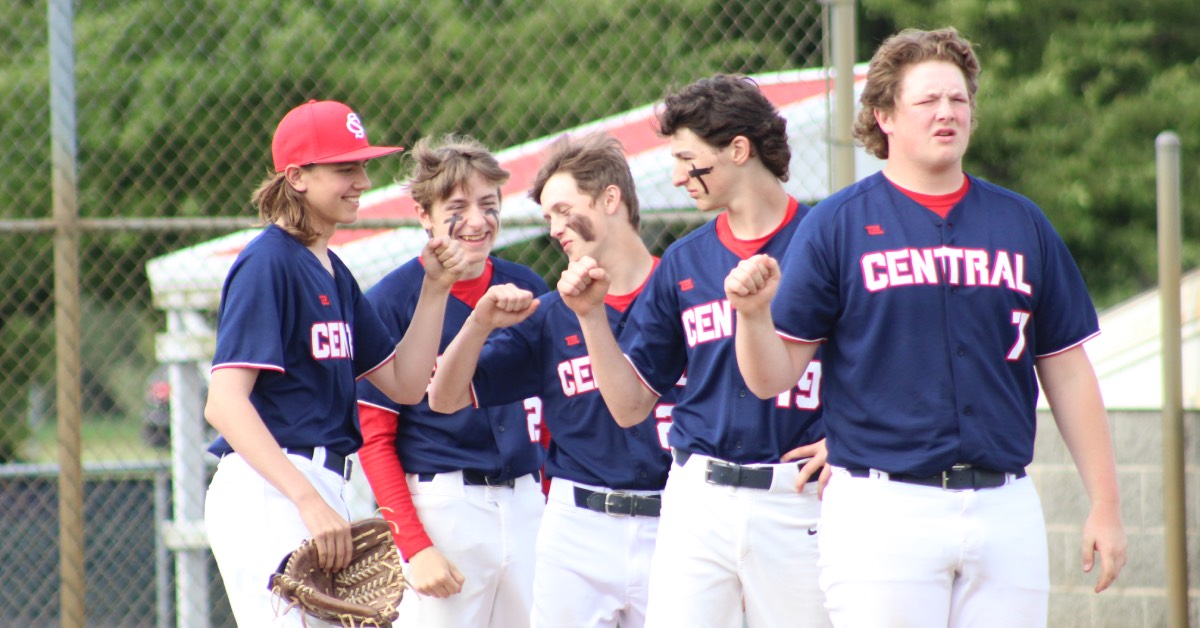 The South Central Junior-Senior High School Boys Baseball Team took the win on Wednesday nightagainst the Hebron High School Hawks with a final score of 6-2. Not only were the boys playing against each other, but both teams had the wind against them as well.

This meet was important for both teams as it would determine who moves on to the championship game that will be played on Friday, May 21 at the Washington Township High School baseball field.

This was one of the most eventful games the players had seen. Both the umpire and a player got hit by aball thrown by the pitcher, the umpires called two calls that South Central Satellites thought were unfair, and the ball bounced against the fence preventing a home run from being made – all of which caused the fans to go wild.

Pitching today for the Hebron Hawks was #17 Jackson Peeler and for South Central was #10 Brayden Grass. South Central’s coach, Zach Coulter, was proud of Grass for the way he pitched, especially since he is only a freshman on the team.

“Our pitching was really good today and it kept us ahead of the eight ball the entire game and allowed us to get the momentum on our side from the earliest stages of the game,” said Coach Coulter.

Starting the game off in the first inning was Hebron’s #17 Peeler as he was the first batter on base. For South Central, it was #19 Bradley Ferrell who was the first player from their team to make it to first, followed by a steal to third and a home run for the South Central Satellites, scoring what would be the first of many runs on Wednesday night for South Central.

“When you're sitting with a six-round lead, it allows you to do some things a little bit more with some ease and less pressure,” said Coach Coulter.

The Hebron Hawks scored their first run in the sixth inning while they had players on all bases. South Central Pitcher #10 Grass pitched four balls, advancing Hebron to make another run and ending the sixth inning with a final score of 6-2.

You can watch the South Central High School Boys Baseball Team play next on Friday, May 21 at Washington Township for the championship game.

“It's going to be a tough challenge, so it's going to be another game that we're going to really get ourselves into a position to get out early and hopefully have the same kind of game plan was today,” said Coach Coulter. “But, it'll definitely have our hands full.”