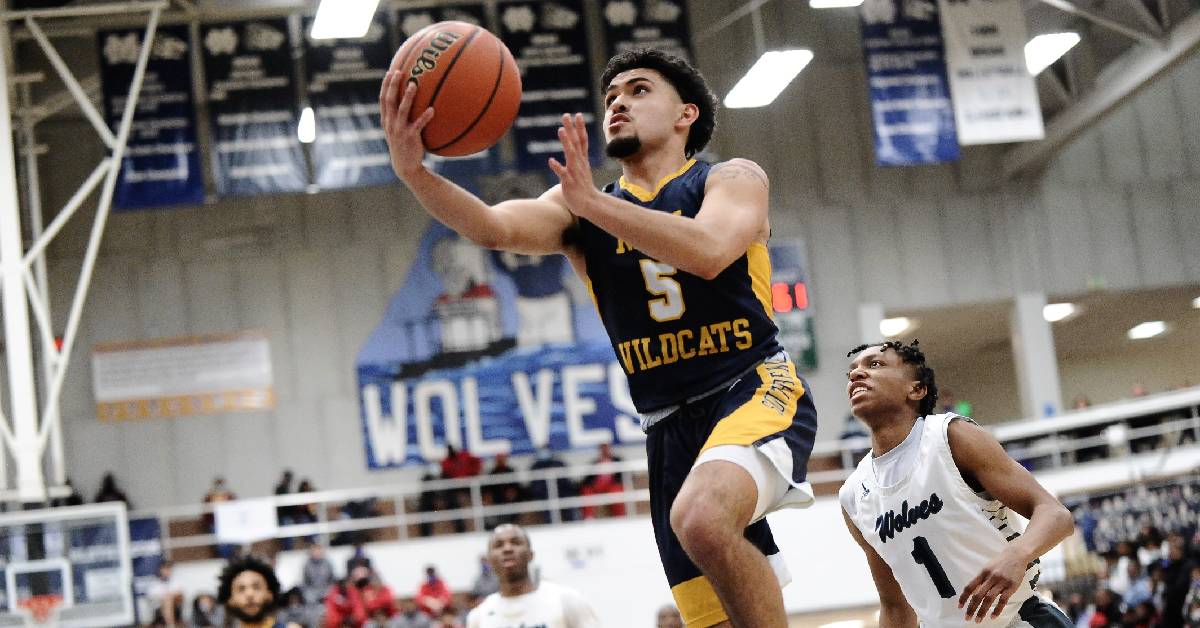 The tension and excitement was palpable as Michigan City hosted the South Bend Riley Wildcats in tonight’s IHSAA Class 4A Sectional basketball tournament.

The Wolves (13-11, 3-4) were ranked 6th overall in the Duneland conference for tonight’s game. They faced a tough opposition going into tonight’s tournament from the Wildcats, but they never gave up and fought hard to the final buzzer and a 91-76 loss to South Bend Riley in tonight’s neutral playoff game.

The South Bend Wildcats (17-6, 8-3) are 4th in the Northern Indiana conference, and they played with talent and focus, jumping out to an early 19-16 lead in the first quarter, a lead which they would hold onto with an iron fist throughout the rest of the game.

After closing out the first half trailing the Wildcats 40-31, Michigan City came out blazing in the second half, at times coming to within just a few points of their challengers. It wasn’t quite enough to retake the lead, despite a standout performance from the Wolves’ #11, Jamie Hodges Jr. The 5’ 9” sophomore point guard turned in an amazing show, turning up the heat on South Bend with a blistering 4th quarter run, and pushing himself to a game-high total of 35 points.

South Bend fought off the challenge for a comeback win however and continued to hold on to their lead, coasting to a final score of 91-76, thanks to a powerhouse performance from #0, Blake Wesley, the 6’ 5” 180lb  Sr PG, SG, whose consistent play saw a string of field goals throughout the entire game and a total of 32 game points.

This sets up for the Battle of the ‘Bend with South Bend Riley set to face off against South Bend Adams in tomorrow’s championship game.