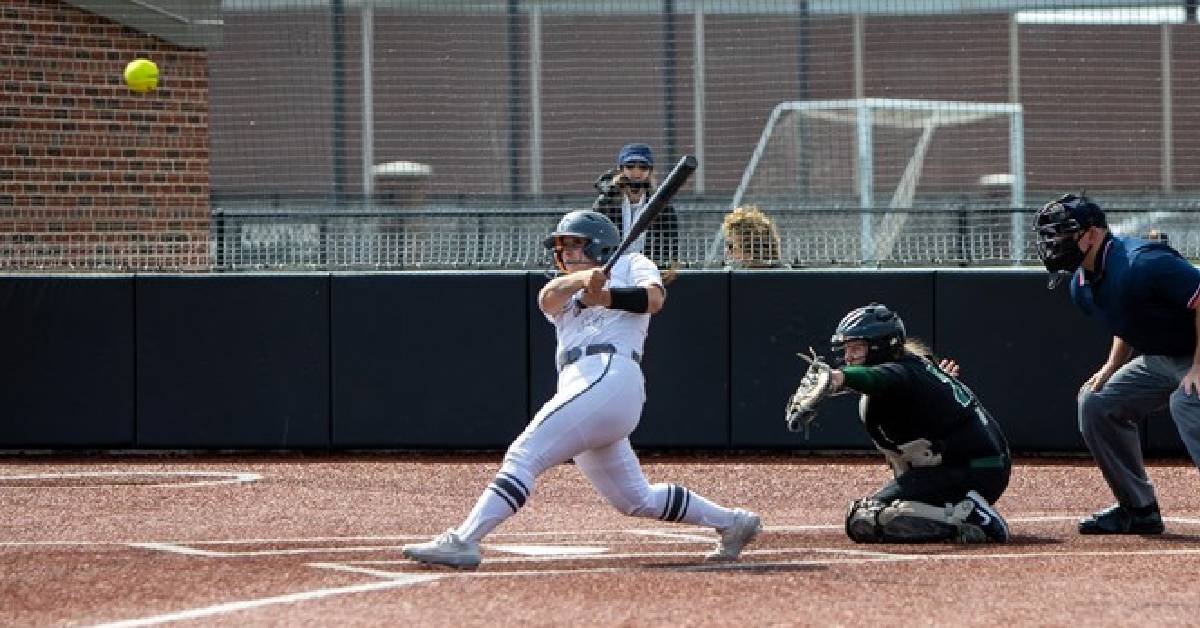 Purdue Northwest won big in the first game of Tuesday's GLIAC doubleheader against Wisconsin-Parkside, 11-3, before the nightcap at Dowling Park was halted due to darkness.

GAME 1: PNW 11, UWP 3
PNW clubbed a season-high four home runs and 13 hits in the opener, including a walk-off grand slam by Taylor Stevens in the bottom of the fifth to force the eight-run rule.

Stevens is now tied for the GLIAC lead in home runs with five on the year.

Montana Martinez broke out with a 3-for-3 showing at the plate including her first career home run.

The freshman from Calumet City, Ill. is 7 for 8 over the past three games and she became the second PNW player to record a three-hit game this season.

Martinez tied the game at 1-1 in the first inning with her solo blast. Another PNW run came across in the second to even the game at 2-2.

PNW got going in the third as Shultz and Bravo homered to make it 5-2. Then, a two-run single by Shroyer in the fifth extended the Pride lead to 7-3 before Stevens' walk-off grand slam.

Courtney Blackwell (3-5) picked up her third win in the circle after surrendering one earned run in three innings.

GAME 2: PNW 4, UWP 4 (halted in 8th)
The second game was suspended prior to the start of the eighth inning with the score tied at 4-4.

With PNW down 4-3, Briana Poehler produced a clutch two-out single in the sixth to plate Weaver for the tying run. Poehler (2-3) busted out of a slump to lead the Pride in Game 2 with a double and pair of RBIs.

Shroyer also had a pair of hits in the nightcap while Schultz and Kiara Negron each logged an RBI.

Negron sent a pinch-hit home run over the left-field fence in the fourth to put PNW ahead 3-2.

Parkside took a 4-3 lead in the fifth on a two-out double before PNW tied it in the sixth. The Rangers had 12 hits in the second game and the Pride had 10 before the stoppage.

Jessica Weaver tossed the opening three frames with four strikeouts in the circle, before Abbie May and Maddison Roop each threw a pair of innings.

Stats from the second game will not officially count toward season totals until the game is completed.

NEXT UP
PNW travels to Davenport on Friday for a 1 p.m. CST doubleheader in Grand Rapids, Mich.

The Pride will kick off a 14-game homestand on Wednesday, April 7 as Grand Valley State rolls into Dowling Park.