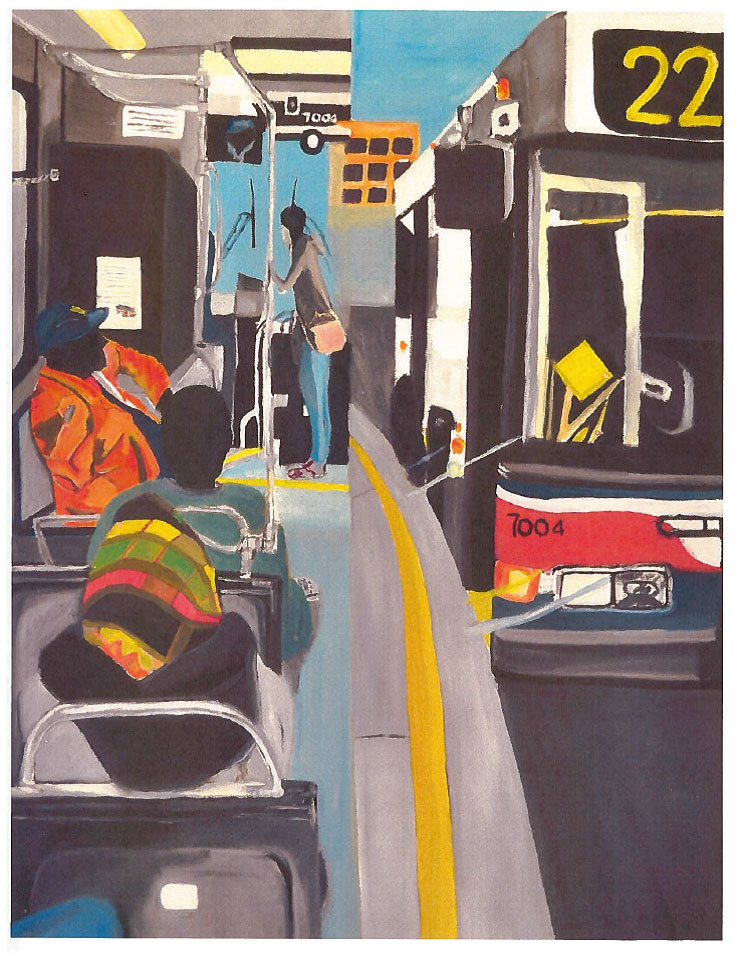 “I believe that there is so much talent, so many amazing stories, and such great energy that needs to be highlighted and shared,” said Nancy Schoon. Schoon was selected to design the route’s logo and information totems. She is a Gary resident and Principal/Owner of Creatives for Good.

“Seeing art’s significance in societies across the globe and the positive dimension it can add to a community, I jump at the opportunity to be a part of making that happen in Gary,” said Moore.

Desireé Simpson will create a mixed media mural and functional mosaic bench. “I plan to include fun and whimsy combining them with functionality,” said Simpson. Simpson is the founder and executive director of LiveArts Studio, a non-profit, community-based art program located in Gary.

“Bus stops are a place where community gathers and they are generally found at highly trafficked and visible locations throughout a city, so we should make them visually appealing,” said Kelly Anoe, Legacy Foundation vice president.

Inspired by a 2015 Knight Cities Challenge winner from North Carolina, Legacy Foundation and the GPTC teamed up to revive the rider experience along the Broadway bus route in Gary. “The Knight Cities idea to install porch swings as a way to make waiting for the bus more interactive led us to think about creative ways to enhance the GPTC rider experience,” said Anoe.

The upgraded bus stops are part of The Livable Broadway Regional Plan (LBRP), a guiding document for enhancing economic development, land use, and livability within the Broadway corridor. Broadway rapid bus service – recently dubbed the Broadway Metro Express – is scheduled to launch in 2017 using a combination of local and federal funds. Elements (service, road work and infrastructure) are being overseen by local, regional and state agencies. Artists will receive a stipend of $1,000 for each selected design. Funding for the art design is provided by the Knight Foundation Donor Advised Fund at Legacy Foundation.

Artists may be contacted for more information about their work.