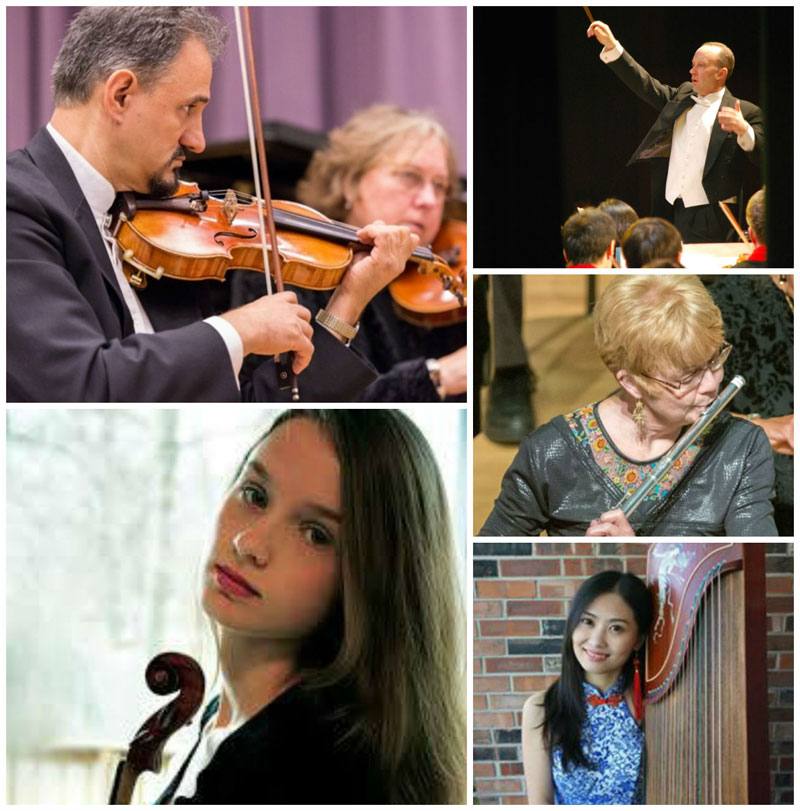 Imagine an open road. The destination may be known, the goal may be set, but the journey itself remains undefined. Who will you meet along this open road? What new experiences will you have? How has your perspective changed? Imagine the possibilities of this journey.

With a program that draws inspiration from journeys on the colorful and chaotic ancient trade routes, the SSO invites you to imagine that open road with us. Along the way you will encounter Armenian folk music, Chinese legends, musical interpretations of Persian poetry and more. Where you’ll end up is entirely up to you! Burt the music will have taken you there!

SSO reflects on their development as an imaginative journey as well. Ten years in the making, the SSO celebrates its journey full of wonderful people, shared musical experiences and rich partnerships with community organizations to help sponsor their mission of “orchestrating a musical community”.

SSO began as the inspiration of a few regional music educators concerned for providing musical opportunities for regional musicians, regional audiences and broadening youth orchestral education and exposure to culturally rich and historically important moments in music culture. It was also their goal to provide exciting, educationally interesting and engaging musical experiences at accessible regional venues and at a modest cost. In 2003 under the direction of Maestro Troy Webdell, this small, likeminded group created a chamber orchestra which quickly grew from a dozen in the first year to a sixty plus orchestra within a few years.

As SSO outgrew performance space at several area churches and a few theaters along the way, a partnership with the new Ivy Tech campus in Valparaiso began when they invited them to use their Auditorium Theater.

And now a new opportunity begins in 2015 when they become the orchestra in residence at Memorial Opera House for MOH productions as well as their own SSO Friday evening concert series and Wednesday lunchtime performances.

The program on November 8, will present a bit of the exotic with Alan Hovhanass’s composition The Rubaiyat (of Omar Khayyam) with David Vicari, Accordion and narrator Halan Bjornstad.

In He Zhanhao’s US Premiere of The Eternal Sorrow of Lin'An, we will hear the soulful sound of the Guzheng. a Chinese plucked zither with 18 or more strings and movable bridges performed by JingJIng Shi.

Khachaturian’s Violin Concerto will be performed by Bailey Wantuch, SSO’s 2013 Scholarship Winner. Bailey now studies violin at Northwestern University. While a student at Chesterton High School, she performed with SSO as an intern for 3 years.

The concert will have some surprises in store for the audience as well as a pre concert silent auction with specially selected Silk items donated by SSO members and local businesses for purchase. Those items will be awarded at Intermission, so come early. Visit with the Maestro, guest soloists and musicians before the concert at 6:00. And check out the silk! The concert begins at 7:00. Tickets can be purchased online at http://ssosilkroads.brownpapertickets.com or at the door.$15 for adults $10 for students and seniors (62+)  Free for children 12 and under. Celebrate 10 years of musical community with SSO!