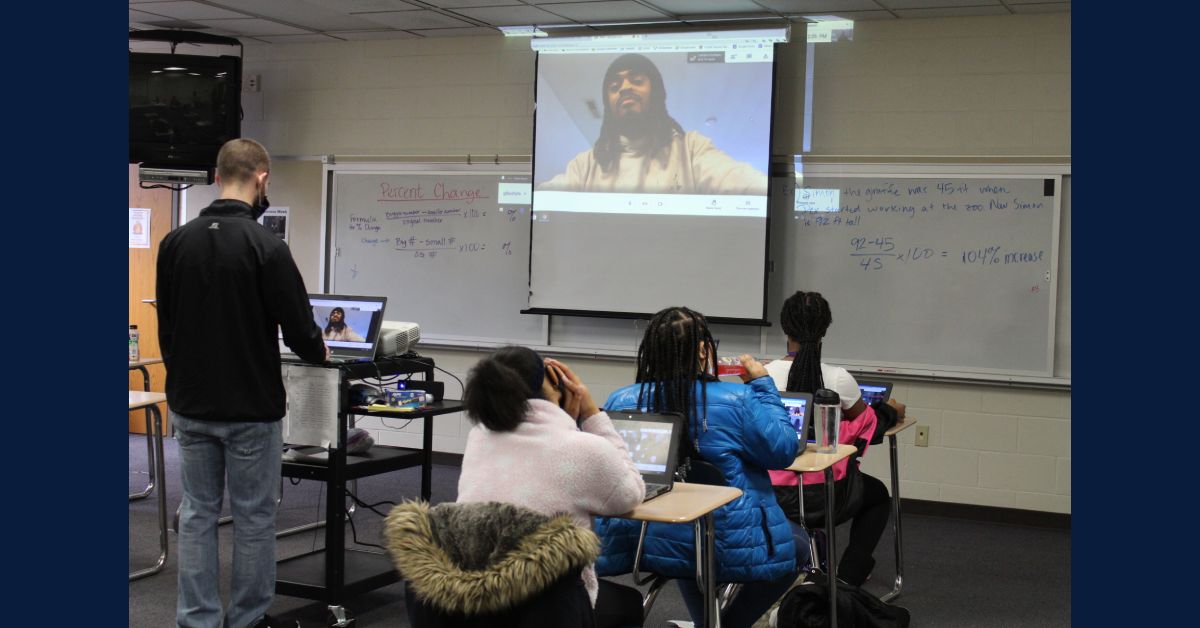 A class of Pierce Middle School seventh grade science students were rewarded with an appearance by a special guest Friday for all of their hard work during the first weeks of in-person learning.

According to their teacher Joseph Traina, "I can confidently say almost every single one of those students in that class has shown some sort of improvement since returning to in-person learning. I’ve been really satisfied with their performance and engagement in the first two weeks back.”

The educator arranged a Google Meet for his class with 2014 Merrillville High School graduate and Seattle Seahawks safety Ryan Neal.

Students spent their class time listening to the NFL player's background and experience, and Neal offered them some inspirational words.

"It's not cool to be cool," Neal said. "It's too hard to be like everyone else. It takes too much energy. The coolest thing you can do is be you!

"I was just like you," he said. "I was in your shoes. Take your time and slow down. Anything worth having is not easy."

Neal, who said football was actually the last sport he tried in high school, talked about the ups and downs of his career, including getting cut from multiple teams.

He said he was about to give up and quit football, but decided to give it one more try.

"When Seattle called, I didn't have a job," he said.

"If you're not ready, you'll miss it," he said. "Always be ready. I stayed ready. For my first NFL game winning pick, I was ready."

Neal referred to his end-zone interception that sealed the Seahawks' victory in the September game against the Dallas Cowboys, the first day he had ever played defense in the NFL. Neal moved from practice squad third-string safety to hero in merely 24 hours.

Neal shared that NFL players are tested every day for COVID-19. Players are also required to wear special wristbands that are used for contact tracing, he said. The bands monitor the players’ locations and the duration of time they spend within the proximity of certain people.

During the second half of the class, individual students were given the opportunity to ask Neal questions. From "was it difficult to avoid COVID at practices?" to "do you wear a mask under your helmet when you play?" to "how much do you get paid?" and "what is your favorite song to listen to before or after the game?," students enjoyed engaging with Neal as a reward for their class successes.

Neal ended his visit with students with some food for thought: "What is your best asset? What are you good at? Work on that."