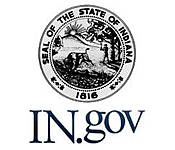 The State Board of Education’s (SBOE) Committee on School Turnarounds visited two turnaround schools in Evansville this morning then offered praise for the progress they witnessed within the Evansville Vanderburgh School Corporation (EVSC) at their afternoon meeting. The Committee also provided a history of turnaround efforts in Indiana and heard presentations from EVSC and its internal lead partner Mass Insight.

“I learned a lot today. It was refreshing to go inside and see the operations and progress of these turnaround schools,” said Tony Walker, Region 1 SBOE representative. He also commended the Glenwood Academy for its dynamic leadership, community partnerships, and engaged students.

The goal of the interventions was to “turn around” perennially low-performing schools and ensure students in these schools demonstrated academic growth. Evansville’s Glenwood Leadership Academy is currently under SBOE intervention and Lincoln School may be placed under intervention if it receives a sixth-consecutive “F” when accountability grades are released next month.

“The State Legislature nearly unanimously enacted this process (PL 221) to ensure children weren’t stuck in chronically underperforming schools,” said Dan Elsener, SBOE Committee on School Turnarounds Chair. “There is an obligation to students, parents and the community to improve these schools and we need to take what we have learned over the past several months to make valuable recommendations on school intervention law and policy.”

Mass Insight, EVSC’s internal lead partner, presented first on the advantages of their unique school turnaround partnership. They commended EVSC on demonstrating a willingness to ensure that initiatives and reforms put into place at the turnaround schools can be used across the district. They especially appreciated the district’s flexibility, including changing practices, processes and systems to ensure sustainability and maximize impact.

“Where school leadership is deeply committed to change, as in the case of EVSC, there is room for dramatic improvements within a district,” said Justin Cohen, President of Mass Insight. “There is no other Mass Insight partner school that shows the same type of progress and improvements EVSC has made in a short period of time.”

EVSC Superintendent Dr. David B. Smith led off his presentation by sharing the district’s belief that every student in every school should be on track to graduate ready for college or a career. In contribution to this effort, EVSC created the Office of Transformational Support (OTS), under the guidance of Mass Insight, to provide support for five at-risk or “Transformation Zone” schools.

In a final course of discussion, Public Impact, an organization with expertise in school turnaround efforts, discussed lessons learned to date from turnaround academies and shared national best practices with the Committee. Public Impact will present a full analysis of turnaround school performance data and recommendations on exit strategies and refinements to state intervention at the Committee’s November 17th meeting. The Committee will then share its findings with the SBOE at its December meeting. The SBOE may then take action on any proposed policies and make recommendations to the Governor and the Legislature.

For more information about today’s meeting, including resources and presentations, visit http://in.gov/sboe/2570.htm.