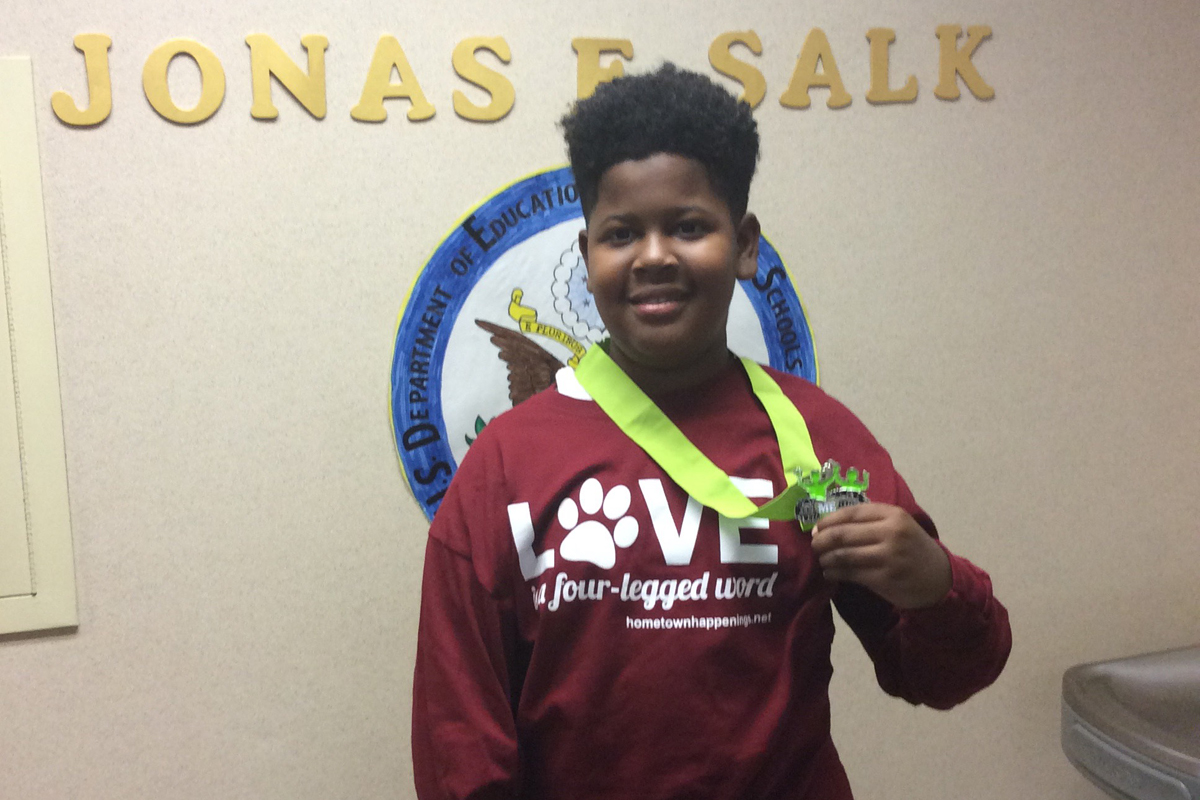 Jordan Brame has overcome great obstacles in his life and recently completed his first ever 5K race. Jordan was born at 30 weeks and spent the first two months of his life in the hospital. During that time, he had a stroke which caused him to have limited mobility on his right side. Due to that, he always has to wear a brace on his right foot.

However, his obstacles did not deter him from joining Salk Elementary School’s Let Me Run after-school club. Jordan trained for seven weeks in preparation of the big race. During longer practice runs, he struggled, but worked hard and never gave up. The other boys would cheer him on and even ran laps with him. On Sunday, November 18, 2018, he ran in the “Thank God for Pets” 5K race at the Lake County Fairgrounds.

It took Jordan one hour and twenty-two minutes to finish the race, but he finished! During the last stretch of the race, Jordan’s teammates ran back to him, so they could finish the race with him. Jordan’s story is remarkable and an example of true courage!