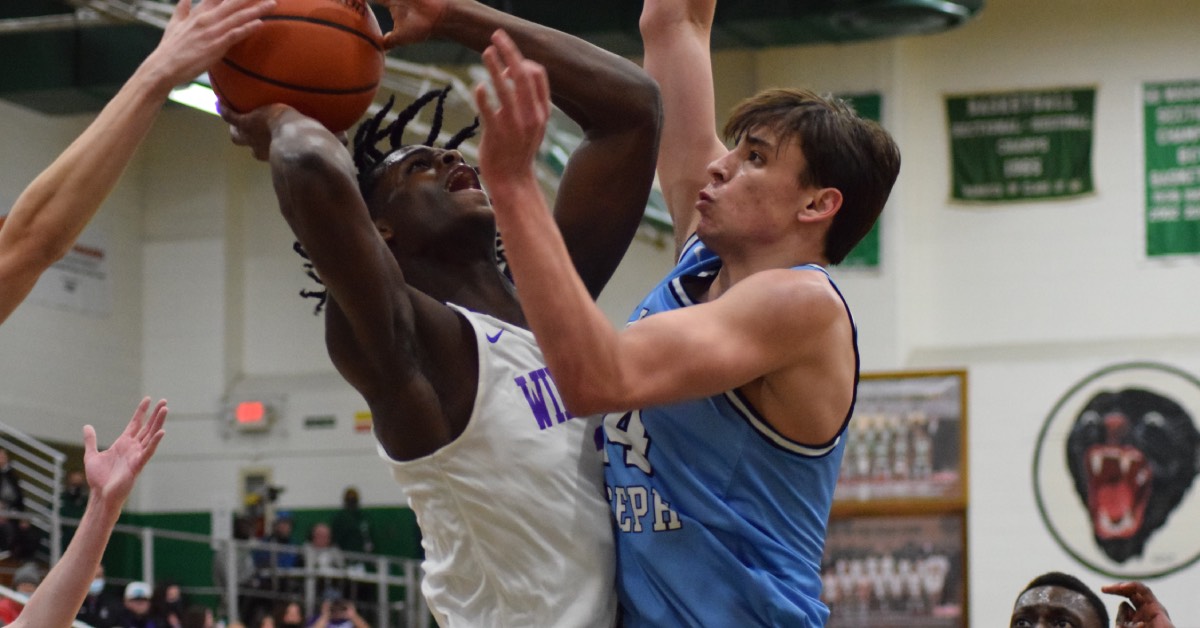 The Saint Joe Indians had a slow start against the Hammond Wildcats at the Washington High School Regional Championship. The Wildcats had a fiery opening as they were up by more than 10 points in no time. The Indians were losing sight of the win going into halftime as they were down 13 points. Hammond came back from the half and rocketed their lead to 20 within the first minute. Something clicked for the Indians and, all of a sudden, they were up by 10 late in the third quarter.

But it’s not over until it’s over. The Wildcats came back to tie the game, and with the ball in their possession for the final shot of the game, they missed, sending the game to overtime. The Indians were fired-up and #20 Douglas Konieczny came in clutch with not only points from all over the court, but with making nearly 80 percent of his free throws in the latter seconds of overtime, clinching the Indians victory 79-71.

Saint Joe Head Coach Mark Johnson was in awe of his team and gave them all of the credit to an incredible third quarter comeback.

“Hammond is a very, very good team and well-deserving of their wins all year, and I thought our kids just grew up; I’m very proud of them,” said Johnson. “I wish I could say it was just very good coaching on my part, but once we got our deficit down to five, we just started to play; to say I’m happy is an understatement.”

After the hard-fought overtime match-up against Hammond, the Indians will take on the Leo Lions on March 20 at 4:00 p.m. at the Northside Gym in Elkhart for the State Semifinals. Be sure to grab your tickets online to cheer on the Indians at Semi-State!