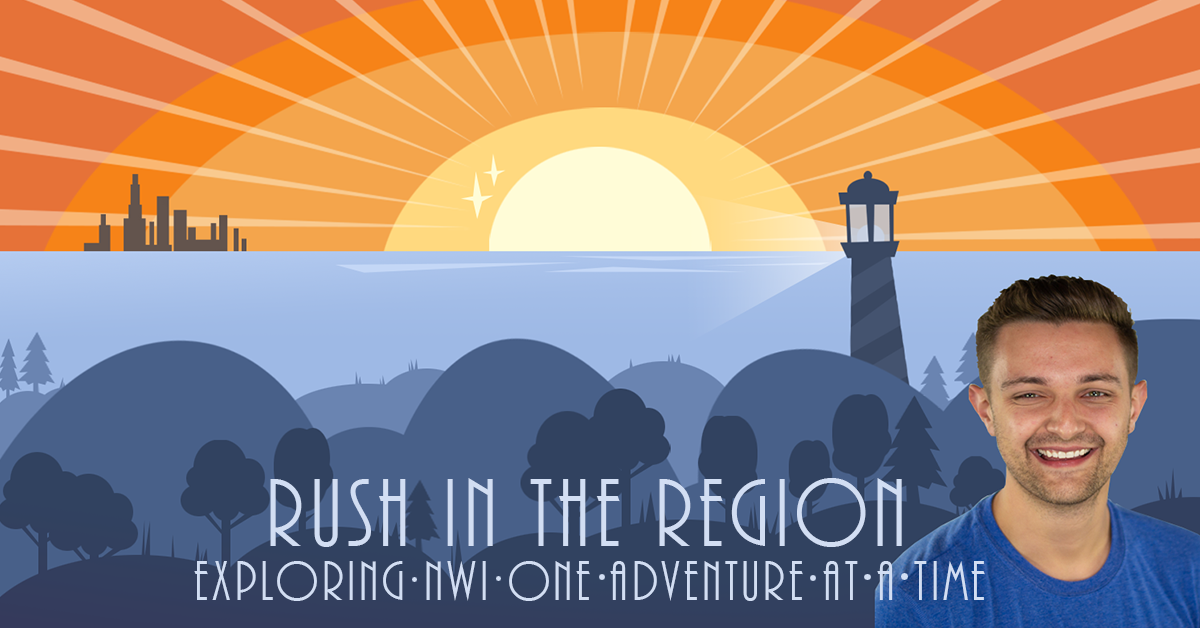 It all started in 1837 with Isaac C. Elston, a land speculator from Crawfordsville.

“Elston foresaw Trail Creek in Michigan City to be the busiest port on southern Lake Michigan. Hence, he and his wife deeded a piece of property at the lakefront to be used as a lighthouse because they knew it would be a very important issue,” said Jim Retseck, president of the Michigan City Historical Society.

The city’s first lighthouse was a simple, tall pole with a lantern located west of the present lighthouse. As time progressed, Michigan City became a hub for shipping grain and lumber, and the town found themselves in need of a brighter light. This lead to the construction of a more comprehensive light house that actually included sleeping quarters in 1958. It now stands as the Old Lighthouse Museum behind the current famous structure.

Over time, the lighthouse and lakeshore saw quite a few people come and go, but one particular person made her mark in lighthouse keeper history.

“By the time the lighthouse was no longer active, there were a total of seven lightkeepers who had lived at the structure and 14 assistant keepers,” said Tim Frame, harbormaster for the Michigan City Port Authority.

“The most famous lightkeeper is Harriet Colfax—a legend in lighthouse keeping,” Retseck added. “Harriet was Michigan City’s Lightkeeper from 1861 until 1904 – for a total 43 years. She was known as the ‘old faithful’ of the Great Lakes.”

Originally from Ogdensburg, New York, Colfax moved to Michigan City in the 1850’s. At age 37, Colfax became the lighthouse’s newest keeper and moved into the facility with her life-long friend, Ann Hartwell – a Michigan City school teacher who opened the first lending library in the area.

“She was called old faithful for a reason. She had an east and west light as well as Fresnel Lens on top of the structure,” Retseck added. “She never failed to make any of her required lightings, ever. Whether it was raining or snowing she always fulfilled her duties as the lightkeeper."

Ten years into her career as keeper, Colfax began tending to a new addition to the city’s port. In 1871, the first beacon light was installed on the east pier. The new pierhead light was only accessible by a 1,500-foot-long walkway or catwalk. Later, this would become the structure that casts Instagram fame to Michigan City’s shoreline. No matter the weather conditions, Colfax had to climb the steep catwalk to the lanterns twice a night to trim the wick, polish the lens, and refuel the light. Three years later, the Lighthouse Board voted to move the pier from the east side to the west side of Trail Creek. The motion would add an additional 500 feet into Lake Michigan. At 80 years old, Colfax was starting to experience a decline in health due to the heavy lightkeeper responsibilities, so she retired.

As the lighthouse said goodbye to one of its most committed keepers, it said hello to a new era with a complete remodel of the house. The remodel was designed to accommodate a lighthouse keeper staff.

“It became more of a condominium,” Retseck said. “There would have been a head-keeper on the east side of the lighthouse, west side would have been the assistant lightkeeper, the third keeper was generally a single man who had a room downstairs where the historical society’s offices are today.”

Eventually, the old lighthouse was decommissioned and became the Old Lighthouse Museum. Since 1973, the Michigan City Historical Society has worked to restore and keep up the Old Lighthouse Museum that is now situated at the base of Trail Creek inside Washington Park, before the creek opens up into the lake where the newer, more famous beacon stands. The Old Lighthouse Museum is open to the public for tours April through October. The current lighthouse structure with the square red base is accessible to the public as well according to Washington Park operating hours. While the catwalk is closed, the pier is walkable to the public right up to the lighthouse. The public cannot go inside the structure, but can climb the narrow stairs to its base, and head to the back of the structure to sit on the pillars near the base of the water. Today, park and Coast Guard officials take special care to keep the public well informed when the water is too high to walk safely on the pier, and ask that visitors refrain from walking the pier to the lighthouse during high winds and waves. Large red digital signs inform park visitors of pier conditions.