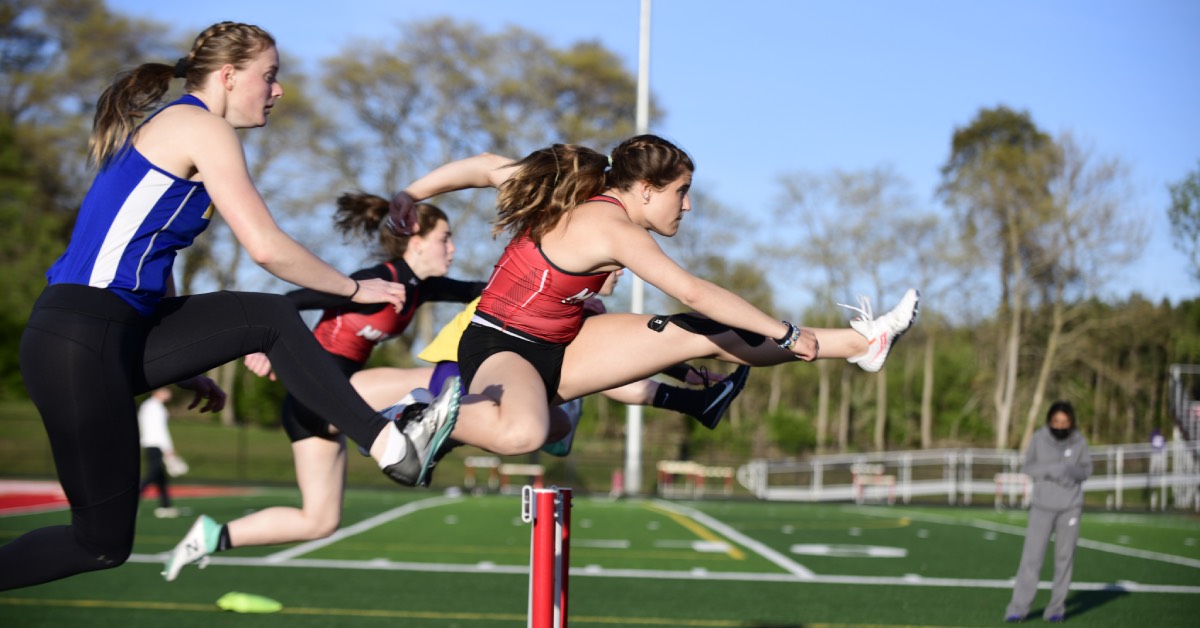 While some shy away from competition, the athletes at the Northwest Crossroads Conference (NCC) Boy and Girls Track & Field Championship, embrace it. Athletes from Andrean, Highland, Hobart, Kankakee Valley, Lowell, and Munster gathered to compete at Kankakee Valley High school on Tuesday evening. The conference, comprising 32 events, went well into the night.

“I’m just looking at the potential that I can run from a time standpoint,” said Leipart.

For Leipart, it is the competition that he enjoys most as it helps him reach new heights.

“Lucas Guerra (Highland) is crazy good. I want someone who can drag me into my PR time,” said Leipart.

Joseph Meagher, a long distance track runner for Hobart, was running the 1600-meter and 3200-meter, and echoed Leipart as he welcomed the competition.

“I’m looking to do a sub ten in the two mile,” said Meagher. “In the two mile, you got Justin Hoffman and Guerra. You have a bunch of guys running really quick.”

Justin Hoffman of Kankakee Valley grew up going to track meets coached by his father, a Merrillville coach. He was slated to compete in four events but it was the 3200-meter that he was anticipating the most. Like Leipart and Meagher, Hoffman had respect for his competitors.

“I love competition,” said Hoffman. “It’s quite honestly the reason I run. I love winning.”

Hoffman took an impressive third place in the 1600-meter

“Our conference is strong with a lot of good athletes,” said Kankakee Valley Coach Lane Lewallen. “I’m looking forward to the day.”

Schoonveld would go on to win the 100-meter hurdle, claiming the title of conference champion for the event.

In the field events, Madilyn Friant-Nannenga clenched the conference champion title in the Girls Shot Put and Kayanna Seely of Lowell won the Girls Discus. Christian Rios (Highland) claimed the Boys Shot Put conference title, while Bella Cochran of Kankakee Valley won the Girls Pole Vault. In the Boys Pole Vault, it was Cody Johnston who would come out victorious by a mere six inches over Riley Johnston of Hobart.