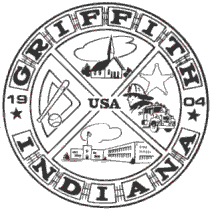 Lake County municipalities have been asked to make a 10-year commitment to pledge monies they receive each year from the newly enacted Lake County Option Income Tax.

Griffith expects to receive approximately $389,000 annually in CEDIT revenue. The 10-year commitment would be $1.32 million. The proposed rail line would extend public transportation from Chicago to new stations in Hammond, Munster and Dyer.

The Town Council has proposed a capital spending plan that would allocate the new CEDIT revenue according to the following distributions:

The Town Council is asking residents to offer their opinions on how they wish the new CEDIT revenue be allocated at the next regularly scheduled Town Council meeting on March 18, 2014 at 7 p.m. at Griffith Town Hall. Concerned citizens may also send comments to feedback@griffith.in.gov