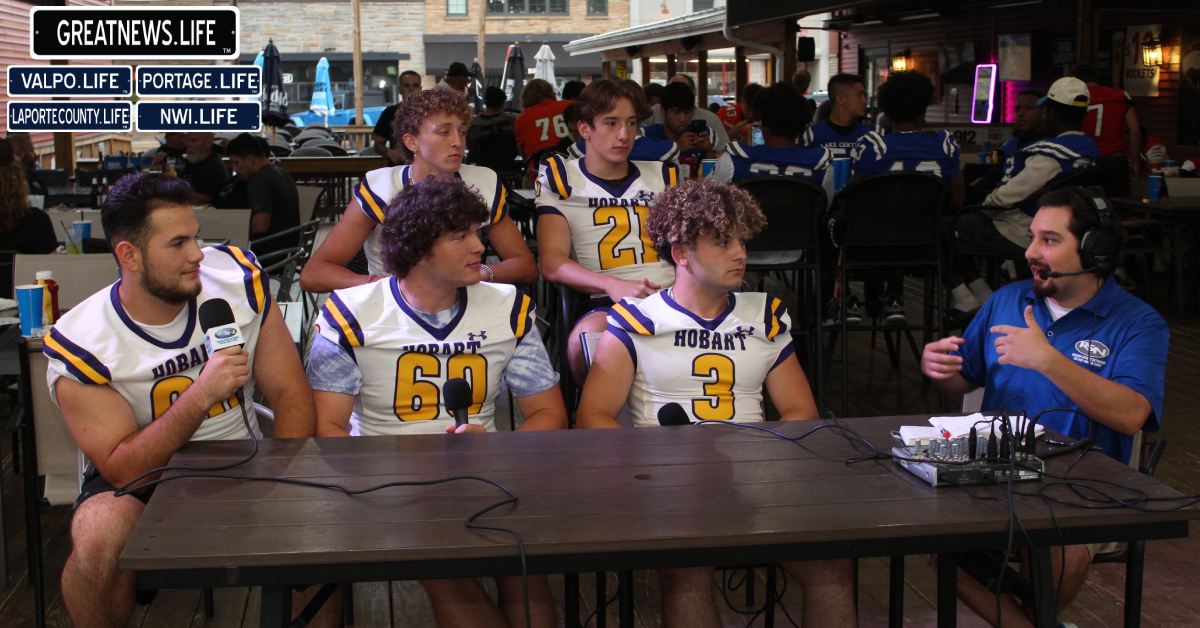 With just over a week to go before football season in NWI kicks off, Region Sports Network hosted their annual Preseason Pigskin Party at Set ‘Em Up Lanes and Lounge in Griffith. Both a season preview and a celebration of prep football in the Region, the party gave fans a peek into the culture of the teams and a glimpse of the action to come.

Over a dozen teams dropped by the festivities, with their coaches and players taking the opportunity to do live and recorded interviews with the Region Sports crew. Coaches shared their expectations for the season – talking the x’s and o’s of their gameplans and giving status updates on their teams. The players on the other hand, shared their plans for endzone celebrations, thoughts on their teammates, and much more.

“There’s nothing like a Friday night under the lights,” said Nathan Laird, sports director at Region Sports Network. “Football has a special tradition in Northwest Indiana, and this is just a great way to celebrate the start of the season. You’ve got the perfect example – Highland and Munster sitting right next to each other, longtime rivals at the Battle of the Bridge. How often do you get these guys interacting? Highland, Griffith, Munster, all in a row.”

“It’s going to be an awesome season, there’s so much great talent here that some people may not even know about yet,” Laird said. “Look at Drayk Bowen from Andrean going to Notre Dame to play football and baseball, but you’ve also got a young man from West Side, De’Eric Mister going to Minnesota to play. Not everybody knows that.”

While the players all relaxed and enjoyed a meal on-the-house from Region Spots & Set ‘Em Up Lanes and Lounge, all fans had to do was exchange a few words with them to see just how driven and competitive they are.

“I’m so happy to get going, I’ve been waiting all winter, all spring, all summer, I’m ready to play some football,” said Isaiah Fowler, a senior defensive and offensive lineman for Chesterton. “I’m especially looking forward to Chesterton versus Valpo, every year. We look to win that one every year, and I haven’t beaten ‘em. So for me personally, but also for everyone on the team, we’re looking to beat Valpo this year. Don’t write us off this season.”

Plenty of teams are heading into the season with big expectations, and coaches like Hobart’s Craig Osika shared their thoughts with Region Sports and fans at home. The Brickies are looking to build on a 9-5 record from last season, where a strong run to close the season met its end at the hands of the Lowell Red Devils in the playoffs.

“I think the biggest thing, especially with the last two years, is just going to be getting back to normal” Osika said. “This year’s going to be as normal as it was in years past, and it’s always fun when our town comes out to support us. They do a great job filling the stands on Friday nights.”

Beyond the action on the gridiron or the wins and losses, Osika said that a major point of emphasis for him is to make sure his players are savoring every moment of being a team – from the Preseason Pigskin Party to championship games under the lights.

“I tell the seniors that it goes by fast,” he said. “You think back to your freshman year and now you’re already a senior. If you thought those three years went quick, this one’s going to go even quicker. I tell them to enjoy every moment we have together, embrace it, and understand what they can do to leave their mark on our program.”

You can find a full replay of every coach’s interview with Region Sports on their Facebook page, www.facebook.com/regionsports/, while the recorded interviews with the players will be posted on www.regionsports.com.